Introduction of the KANHAM 2018, Amateur Radio Festival in Osaka Japan

On Saturday and Sunday, the 14th and 15th of July, the Kansai Ham Festival was held in Ikeda city, Osaka Japan. Japanese amateurs call it Kan Ham, short for Kansai Hamfest. Ikeda city is located in the northern part of Osaka prefecture, and the city is quite famous for Nisshin Foods Products Co. Ltd. as the birthplace of Cup Noodles. 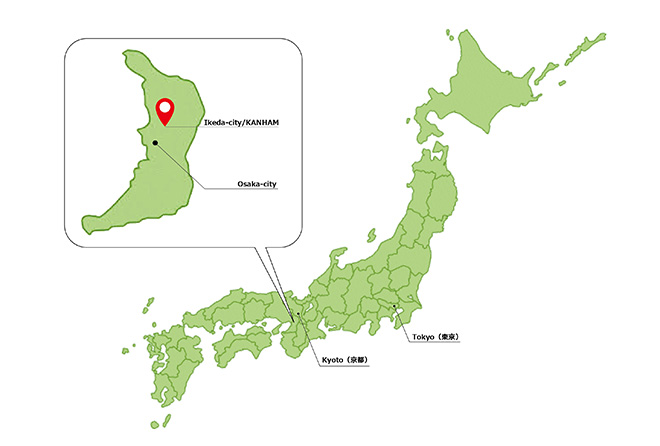 The Kansai region is composed of the area in the red dotted circle on the map. 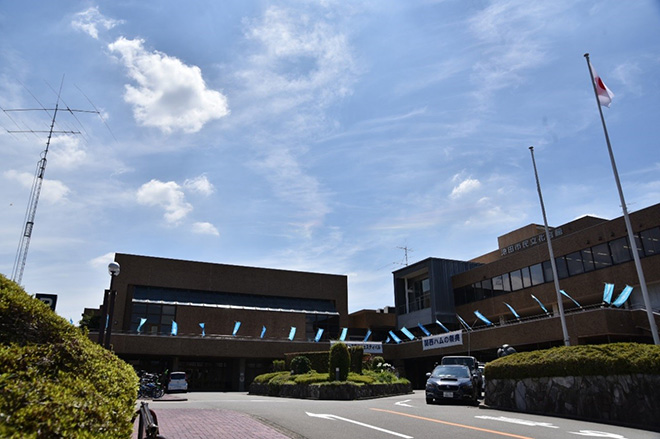 Center: Ikeda city Culture Hall, also known as the Kan Ham Main hall.
Kan Ham was blessed with clear skies, but it was 35 degrees C on both days.

The opening ceremony was held at 10 am, and Yoshinori Takao (JG1KTC), President of the Japan Amateur Radio League (JARL), and Kaoru Kurata, the mayor of Ikeda city, made speeches, and other dignitaries expressed greetings. 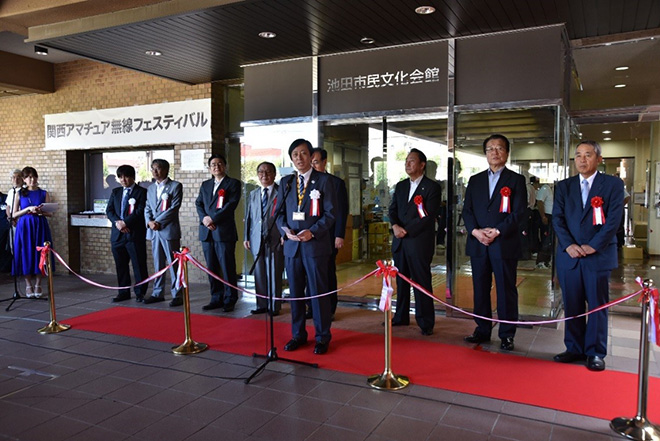 Yoshinori Takao, President of JARL made a speech at the opening ceremony. 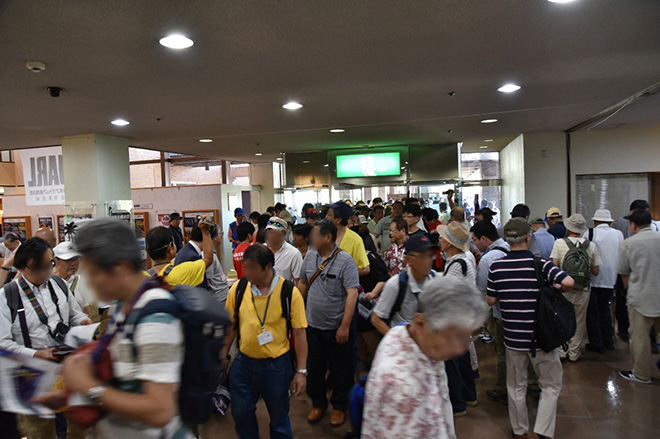 The scene at the entrance lobby, just after the opening ceremony. Many visitors are entering.

Most visitors first moved to shops inside and the flea market, set outside, to look for bargains. The hall was filled with enthusiastic hams from the morning of the first day.

There were many enthusiastic hams who looked for bargains in the club station shops, and radio shops in the hall.

There were radios, antennas, and accessory manufacturers’ booths, and authorized dealer shops in the convention room on the 2nd floor of the main hall.

The new RS-BA1 Version 2, IP remote control software, was displayed in the Icom booth. The software was already installed on a PC, and there was a demonstration with an Icom radio. The TS-890 was also displayed as a prototype in the Kenwood booth. 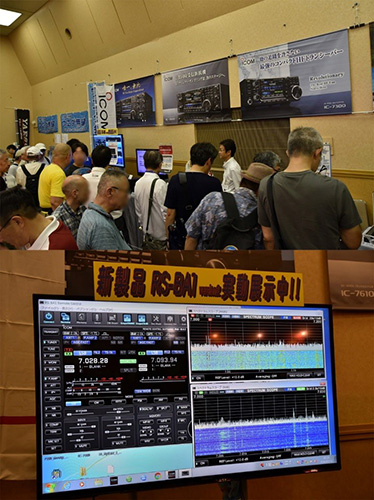 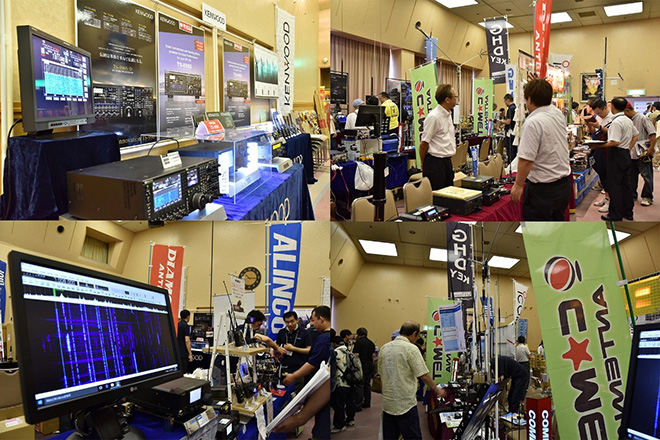 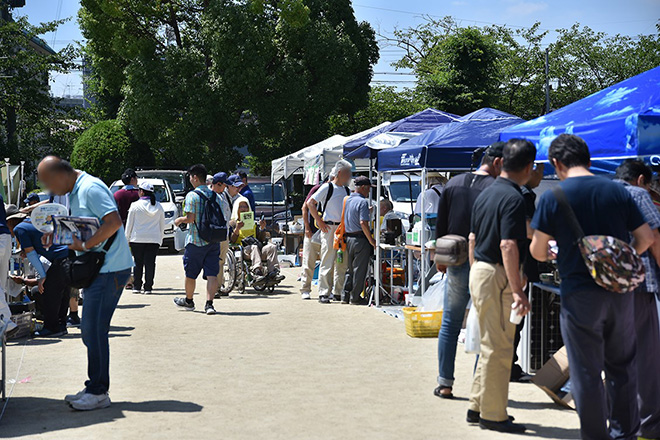 The flea market outside. It was so hot outside during the two days of the festival. 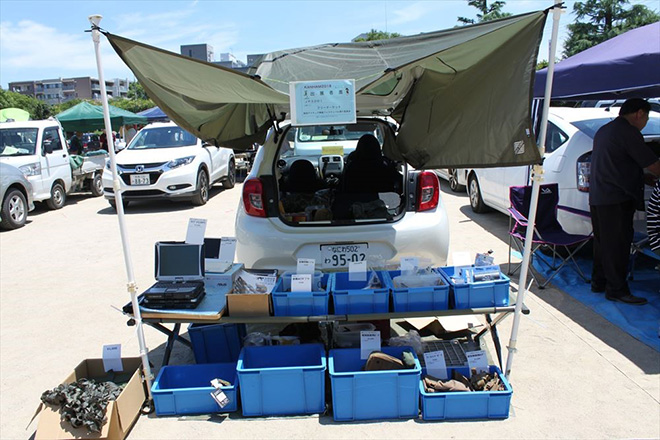 This is a typical outdoor flea market vender setup. Bargains could be found everywhere.

Kan Ham has unique programs during the festival. Hams have a chance to take an examination for the US FCC amateur radio license by Japanese hams that are qualified ARRL VEs, and Japanese Amateur radio license tests conducted by the Japan Radio Institute. You do not need to wait to find out if you passed the test or not. The results are announced on the same day.

In an area of the hall, children, the future amateur radio, could also enjoy the festival. They had a stamp rally, and when the children collected all the stamps, they could get something interesting, such as stationary goods.

Kan Ham is held by the Kansai Amateur Radio Festival Committee (KANHAM 2018, located at http://jarl.gr.jp/KANHAM) and hams, non-hams, as well as children can enjoy the festival.

There was also a talk show with Masaco (JH1CBX), a singer and songwriter, and Tengodo Garaku (JO3KHA), a famous comic storyteller. The talk show topics were interesting, and related to amateur radio. The hall was filled with laughter. 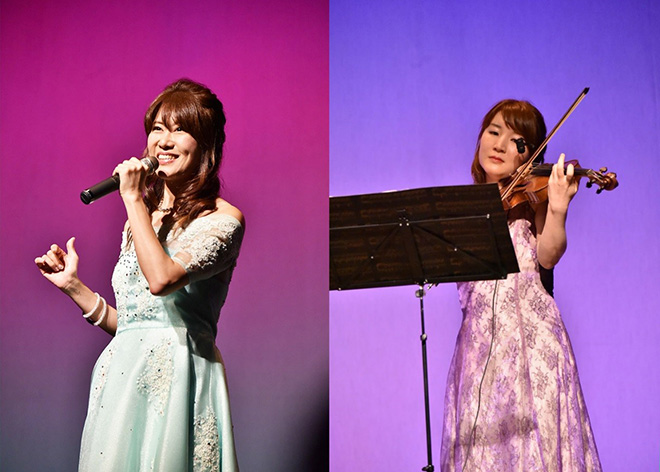 Left: Masaco sings a song at her mini music concert at the festival.
Right: Asako Kanno is a famous violinist. She played the violin to accompany Masaco. 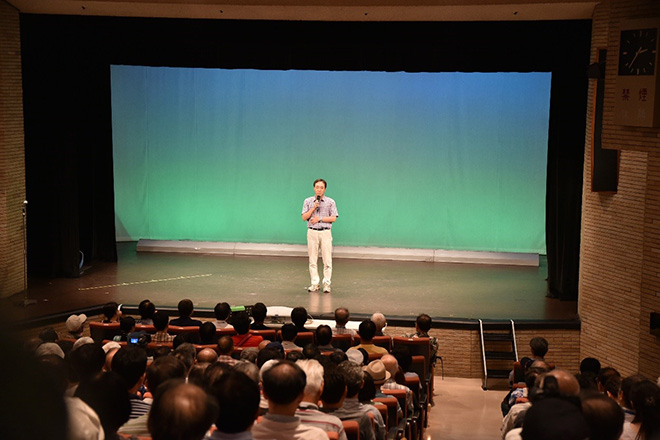 An NHK commentator, Hideo Yanagisawa (JA7JJN), gave a speech titled “My Radio life and international news report.” The hall was filled with excitement. 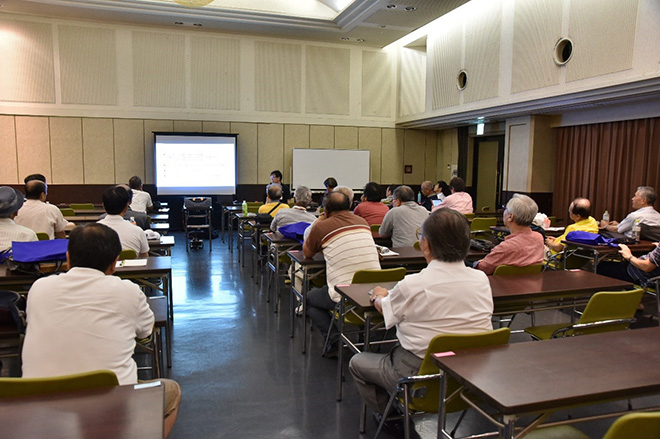 The FB news booth was set in the center of the hall. Masaco (JH1CBX) sold her new CD and original mug cups with the FB Girls. 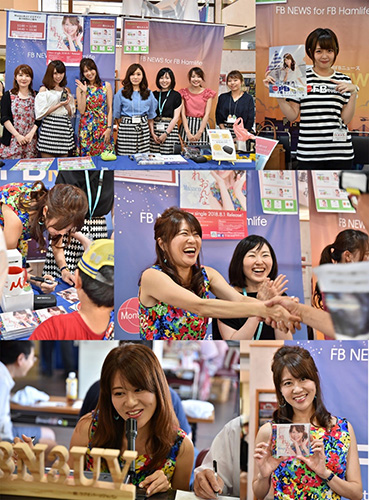