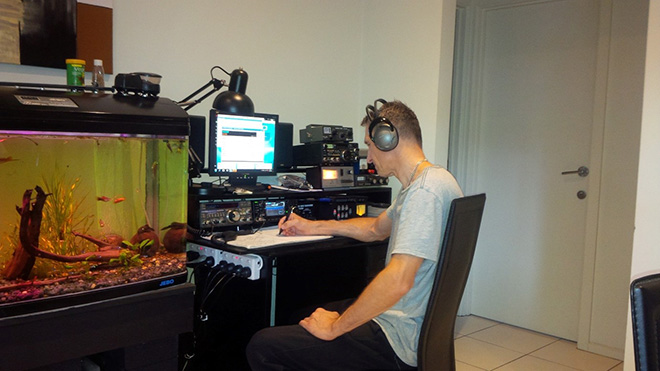 Peter lives in Melbourne in Australia. He was a member of a radio-amateur club during his teenage years in Poland, also the country of birth of Fryderyk Chopin. The club, call sign SP4PIN, was located on the 11th floor of an apartment building – the antennas were mounted between two of such buildings. This was his first contact with HAM radio operating under the club’s licence and using a well-established HAM radio station.

For many years, Peter was busy with other aspects of life (and many other hobbies), but finally a few years ago he was introduced back into HAM radio by his Japanese friend Hiro, who lived and operated a HAM radio station in Melbourne (VK3EHG). Hiro has since moved back to Japan (JM3EHG), but they still stay in contact.

Peter works at an EMC compliance test company in Melbourne. He has been a loyal employee of EMC Technologies for more than 15 years now. Because he is an RF and communications expert at EMC Technologies, his HAM radio hobby extends not only to being an active operator, but he also has been experimenting with different RF setups at home where his radio station is located (QTH). Being able to repair some old, broken and retired RF test equipment, he has built a small workshop in his garage. 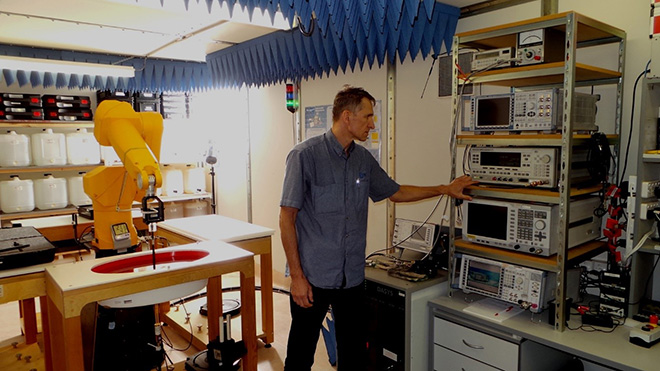 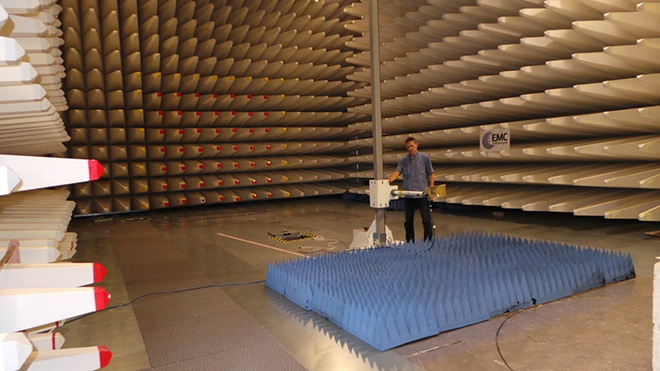 Most of the time, and more often on the weekends, you can find Peter on the 20 m or 40 m bands. His main station consists of an Icom IC-7300, MFJ auto tuner connected through a RM Italy 400 W amplifier to a 3-element multiband Yagi (10, 15, and 20 m) or 40 m rotatable dipole which he has built himself. Antennas are installed on top of his 2-storey home. There is one more antenna still present, called G7FEK and only 12 m long, which allows transmitting in the 80 m band (receiving is done with another antenna). There were a few antennas there before, like an off-centre wire dipole, horizontal loop, and a multiband vertical, but the last three antennas are the most suitable for this location without violating the local regulations of a residential area. There are plans to set up a 2 m operation at Peter’s QTH (hardware is already there), perhaps it will get installed during the next holidays. 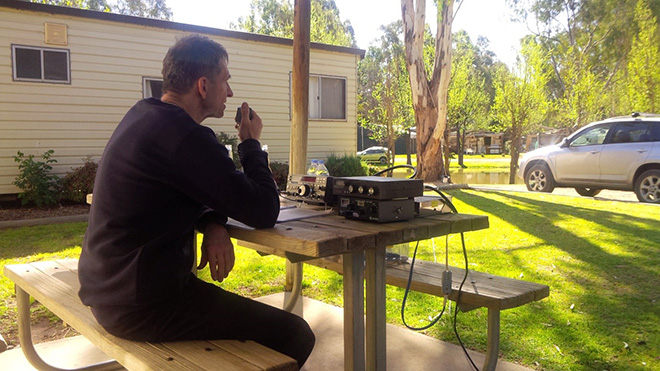 Living in the suburbs of Melbourne has its challenges for Ham radio amateurs. Firstly, it is the ever-present EMI interference coming from the electronic devices that were never certified to be sold in Australia, which many houses have them. One way of dealing with it is to create more distance between the receiving antenna and EMI sources, the other is to use a directional antenna, and obviously by eliminating any sources of EMI, if possible.

Peter has been practicing Korean Taekwondo and holds the 4th dan, and one of his special skills is proficiency in the Japanese weapon from Okinawa – nunchaku. Eastern traditions and philosophy have been always an interest. He has two sons both already Black belts in TWD (11 and 16 years old) but neither of them has any interest in the electronics of HAM radio, unfortunately (as he said).

One of the very enjoyable aspects of being a HAM radio operator in Australia is the portable operation, here the vast country-side (called the outback), and the proximity to the ocean and mountains makes portable operations very exciting. Camping is a big thing “down under” and Peter has been taking his trusty old Yaesu FT-757 GX and an Australia made Bushcom HF whip to the caravan park with good success in portable operation. 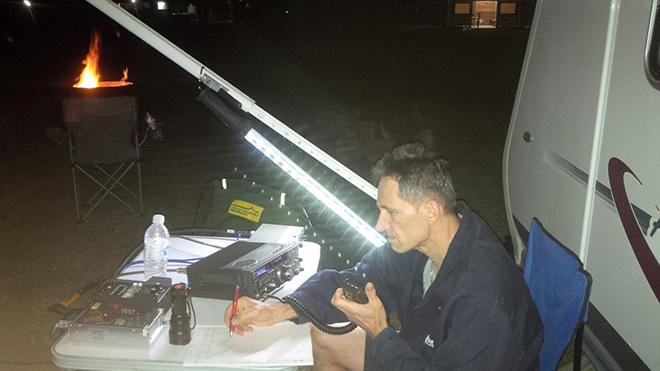