Looking at my log, I find that my first WSJT contact was via JT65 in June 2014. It was on 20 meters. My first 6 meter contact was only a few weeks later to HI8PLE — a new DXCC contact on the Magic Band. This was quickly followed by CX5BL, another new DXCC on six.

For me, JT65 opened up a new horizon for 6 meter contacts — including a few to Japan in June 2017. These are incredible results for 100 watts into a Moxon antenna at 20 feet from the Dallas/Fort Worth area in North Texas.

That's the heart of the disruption generated by WSJT, now designated WSJT-X. It allows weak signal contacts at distances and on frequencies almost unimaginable just a couple of years ago. 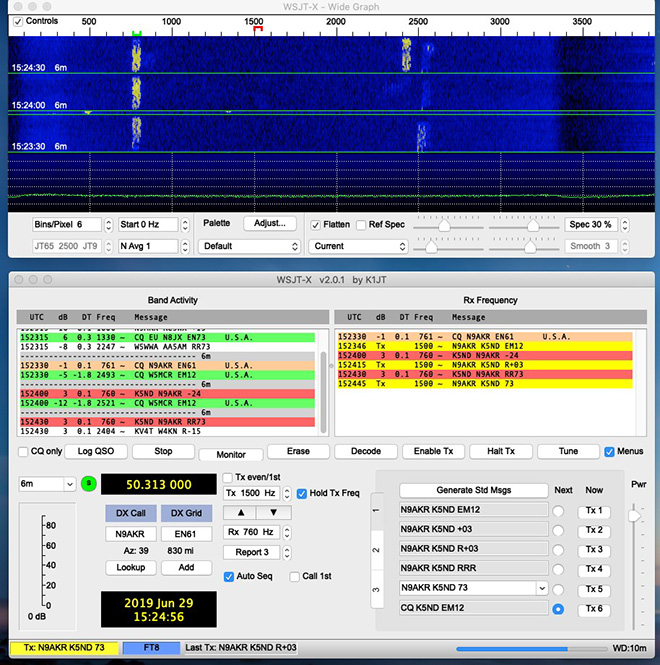 What is Disruptive Technology?

Techopedia.com defines disruptive technology as any enhanced or completely new technology that replaces and disrupts an existing technology, rendering it obsolete.

I'm not sure that WSJT renders CW or any other mode obsolete. The demise of CW has been predicted more often over the last century than most other predictions and has yet to happen. In fact, CW operations are growing.

After all, our hobby offers lots of options. For example, many thought SSB had rendered AM obsolete. Yet there are still AM stations on the air today having fun with this mode.

QST Magazine ran an article in their December 2001 issue titled "WSJT: New Software for VHF Meteor-Scatter Communication" written by Joe Taylor, K1JT, the mastermind behind the WSJT suite of communication modes. The article describes the details of the FSK441 mode for meteor scatter communications.

At that time, WSJT was replacing the cumbersome system of extremely high-speed Morse Code for meteor scatter. In that same article he describes future thoughts about a mode for EME communication.

That effort resulted in JT44 as described in QST's June 2002 issue. Used primarily for EME work, it could decode signals that were 10 dB or more below the weakest CW signals. It had 30 second transmission periods and required close computer clock synchronization.

The early version of JT65 was described in the June 2005 issue of QST. It introduced one minute transmission periods and 10 to 15 dB of gain over CW signals. This was followed by WSJT-X and many more new modes from JT9 to MSK144, and now FT8 along with FT4. 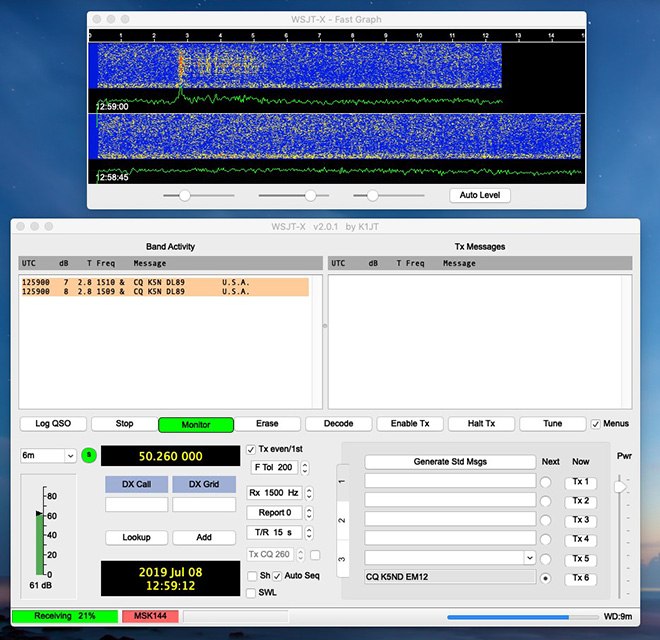 If you're interesting in pursuing the history further, a good starting point is at http://physics.princeton.edu/pulsar/k1jt/refs.html with links to many articles.

The overall point is that WSJT is not a new phenomenon. It's getting close to its twentieth anniversary. Plus, the source of its innovation is relentless development work — always seeking new ways of facilitating communication with extremely weak signals, thereby enhancing communication over long distances.

For the most part weak signal refers to the signal strength at the receiving antenna. While many take pride in pointing out that they are running a few milliwatts into a long wire and earning DXCC using FT8, that's not the original purpose of the WSJT modes.

As noted earlier, it all began with EME or meteor scatter contacts, which often require large antenna arrays and several hundred watts or more. Plus, they need preamplifiers and those same antenna arrays to pick up the ghost of a signal on the receiving side of the QSO.

Even so, that example points out one of the key aspects of disruptive innovation. What was focused on meteor scatter and EME to begin with, has been repurposed to HF QRP operation with great success. This is innovative technology in action, making substantial improvements in areas that were quite possibly not even contemplated in the early design. 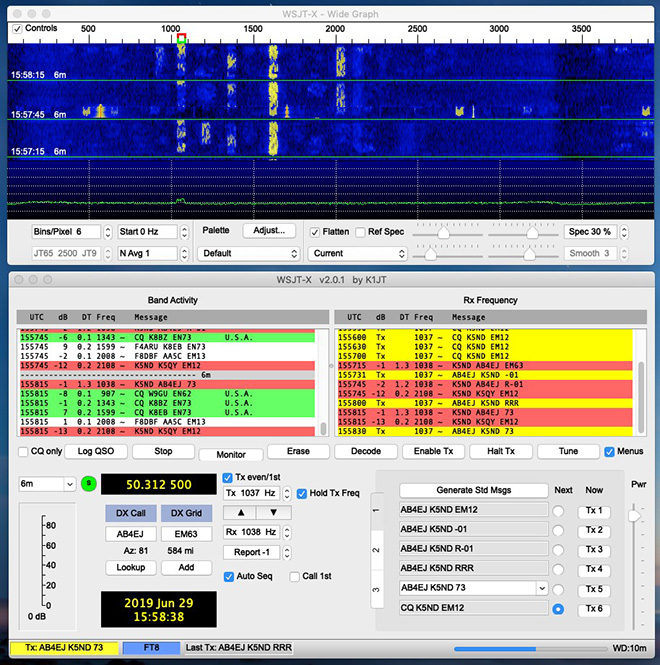 AB4EJ QSO on FT8 6 meter, he answered my QSO and then K5QY also called me.

Is There Further Disruption?

The relentless innovative development can be seen first in FT8, with its 15-second transmission periods. That brought the technology into the ham shacks of those less patient with one minute transmission and listening periods. It also started the thought process of applying this technology to DXpeditions and contesting.

Here's another disruption. The WSJT-X DXpedition Mode for FT8 allows multiple signals from the expedition station while those trying to put an all time new DXCC entity into the logbook send their calls and are essentially placed into a queue for the contact.

This is one more example of the design team observing what was happening on the bands and building a new breakthrough approach to serving a need.

On the contesting side of things, the WSJT-X team is now putting a new mode, FT4, on the air. After initial testing, they've made still further improvements. As of this writing it has a 7.5 second transmission and it doesn't require synchronization to rigid transmission timing. This makes it perfect for digital contesting.

Also note that many, many modes have been introduced and either dropped or superseded by yet further advances and replacements. This is a classic case study of innovation at work.

What Disruption is Next?

We've yet to see the impact of FT4 on contesting and general DXing, but you can be sure that it will be profound. I would also imagine that the design team is already thinking about the next steps.

Not only that, but the users are generating ideas about how to apply the technology to their own special areas of interest. For example, my current favorite activity is VHF contesting as a rover. I wonder how all this will help me make more QSOs and find more grids during my operations. I can't wait to see the results.

Is There a Problem?

Should this disruption be considered a problem? Hardly. The very foundation of amateur radio was based on disrupting existing communication processes from telegraph wires to messengers on bicycles, to letters on trains and even planes.

If you've been watching from the fence, I encourage you to download the software and get started trying out these new modes. As with the example noted at the start of this post, I tried it first on 20 meters just to see what it was like. Only a few weeks later I was ready for that opening on six meters to pick up new DXCC entities.

Try it and find out where you can use it for your favorite parts of our great hobby.