In recent years, 1200 MHz FM handheld transceivers have been sold by Alinco in Japan. However, all-mode VHF/UHF/1200 MHz transceivers have not been available from radio manufacturers for a long time. I don't know if it was the reason, but I could hardly hear any signals on the 1200 MHz band.

In the meantime, I have heard about a “Triplexer” or a “Triband antenna” in local lag-chews. This time, I will explain about the triplexer. In the explanation, you will see difficult words such as “Insertion loss” or “Isolation” and “decibel (dB),” but I would like to explain these words simply.

The photo in Figure 1 is of a CFX-431 Triplexer from COMET Co., Ltd., a Japanese antenna manufacturer. There is one connector (COM) on one side of the triplexer, and three cables for the other bands on the other side. Neither are a specified input or output connection, as they can be used in both directions. 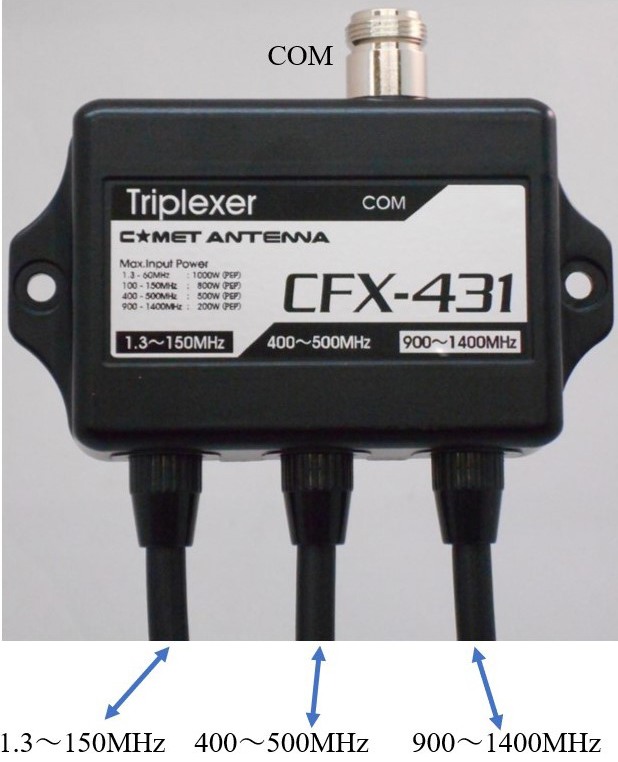 In the CFX-431 triplexer manual, there are three use examples, illustrated in Figure 2.

Figure 2. Example of triplexer usage (extracted from the instruction manual of COMET CFX-431)

If you have a triband antenna, and a triplexer, an IC-9700 can be operated with the simple connections shown in Figure 3.

2.  Triplexer inside and its circuit

I removed the back cover of COMET CFX-431 Triplexer and looked inside. Only coils and capacitors are mounted on the board, as shown in Figure 4.

Inside, it seems that a sufficiently large area of the ground pattern is secured on the PCB so that sufficient performance can be obtained, even in the very high frequency bands from the VHF bands to 1200 MHz. As you can see, the circuit components are firmly soldered by hand. Perhaps the characteristics of each filter are carefully and manually adjusted at the factory. 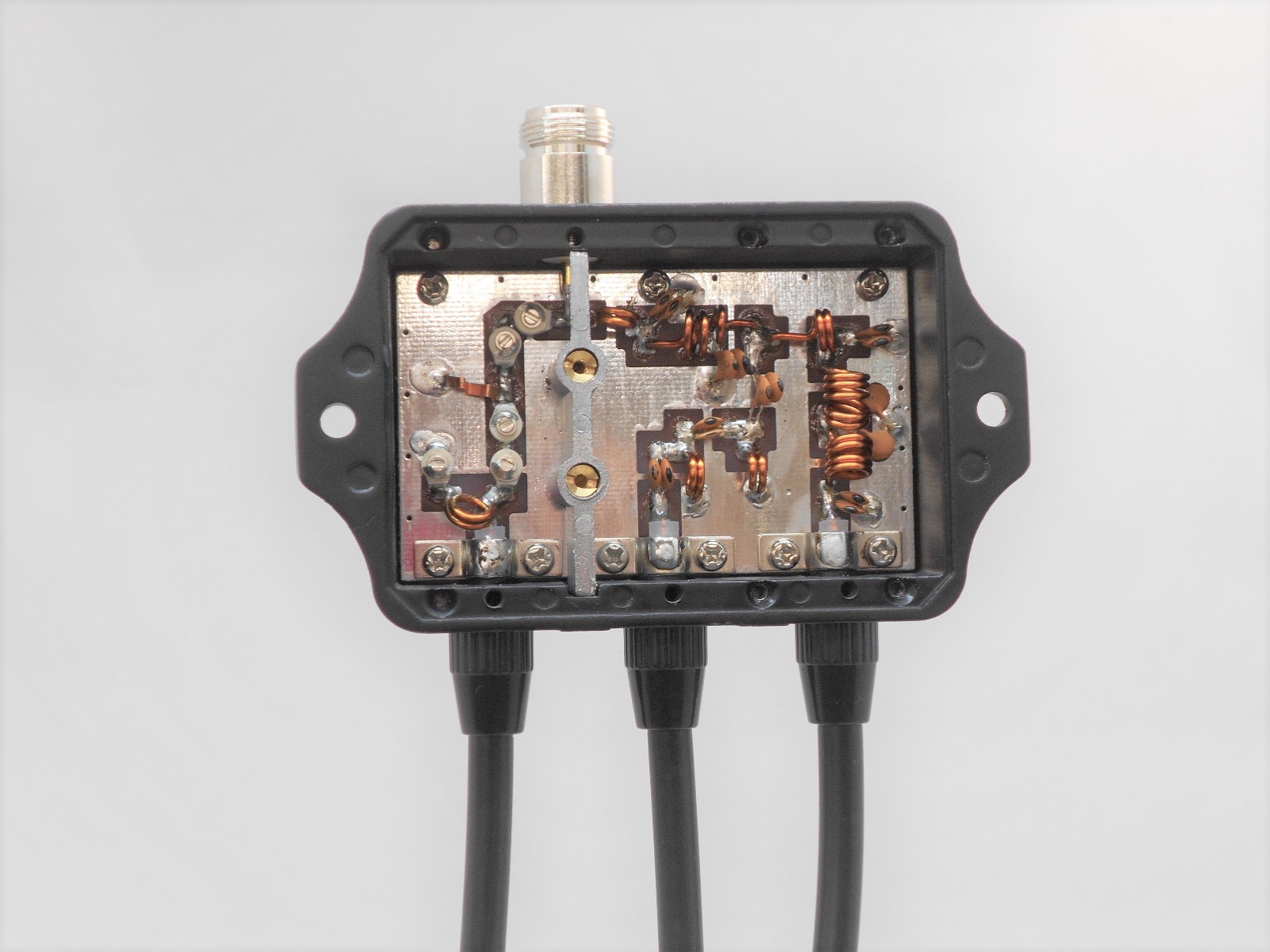 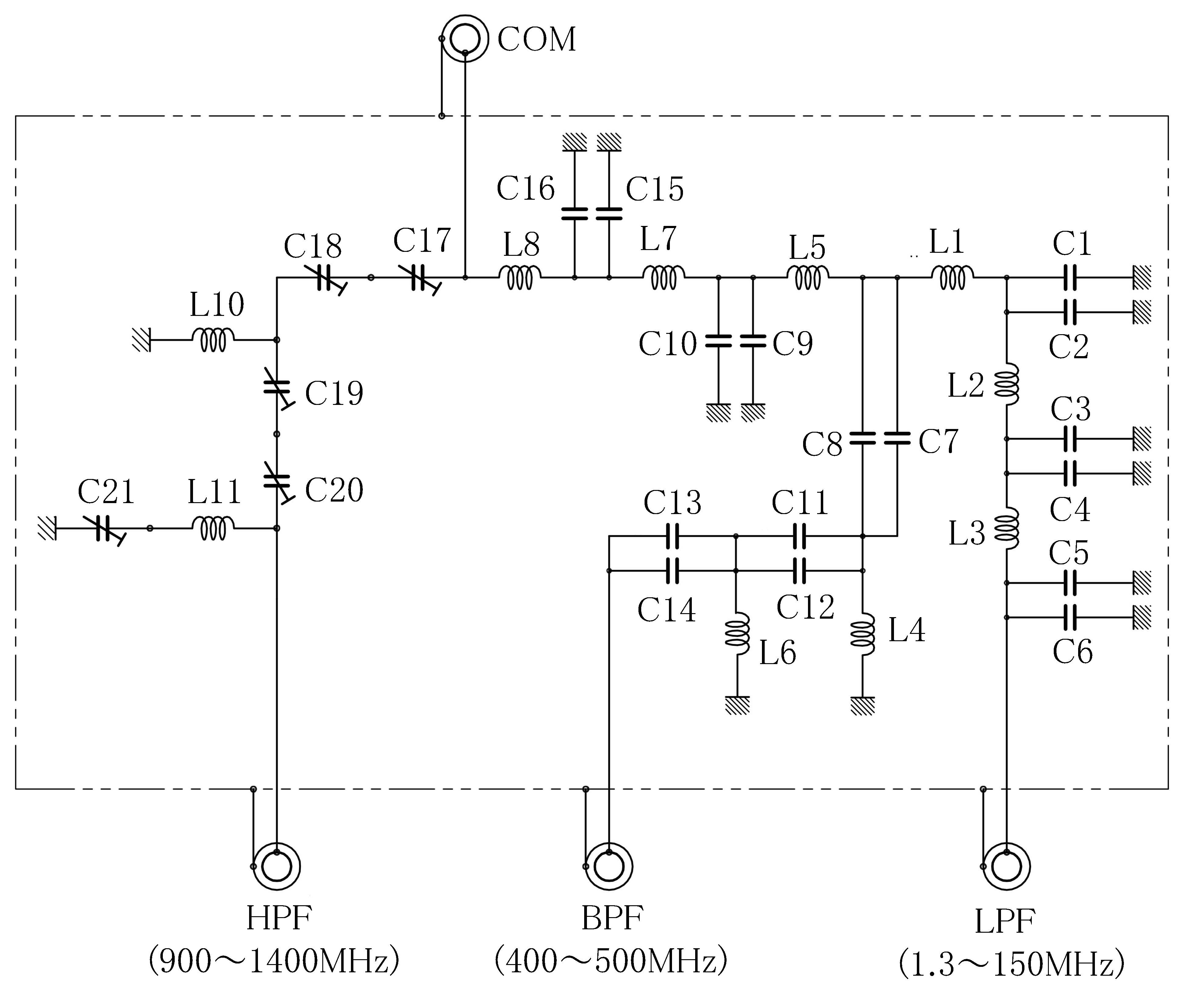 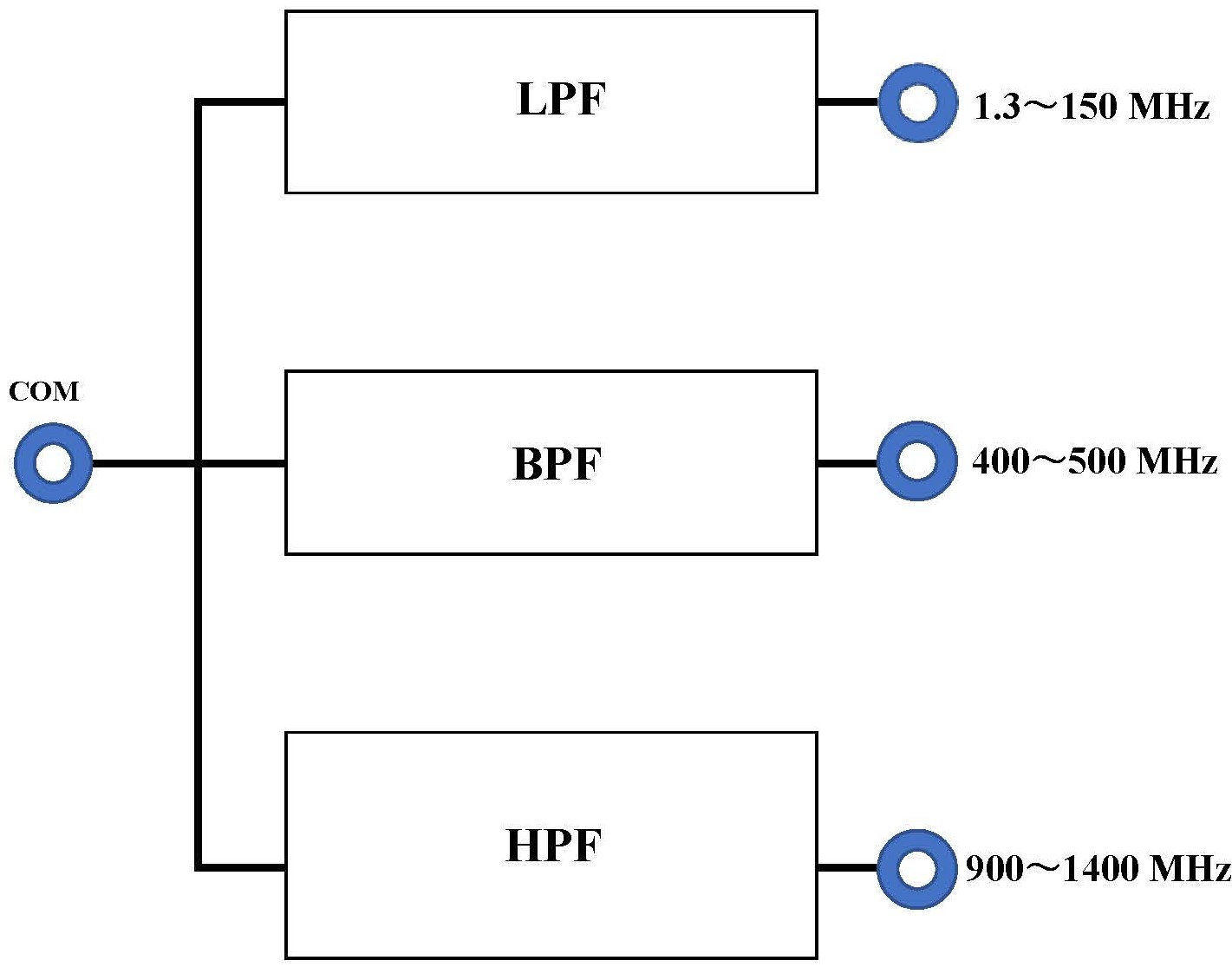 There is no distinction between the input and output of the COM connector and the terminals of each band, and the impedance is 50 Ω when viewed from either side. It is a very convenient item for hams who operate multi-band.

The triplexer has 3 connectors for the 3 bands. “If only two bands are used, it is recommended to terminate the connector of the non-used band with a 50 Ω dummy load,” as stated in the instruction manual.

A copy of the instruction manual for COMET triplexer CFX-431 is attached in the Figure 7. Figure 7 (b) is an enlarged view of the part drawn by the red lines in the instruction manual. There are two notable specifications. One is the insertion loss and the other is the isolation mentioned at the beginning. 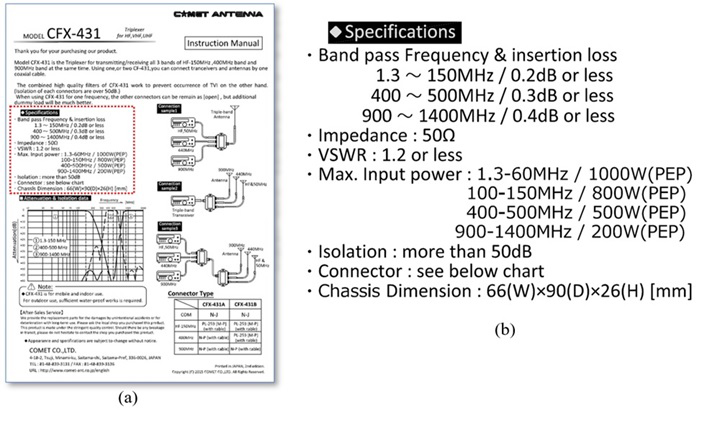 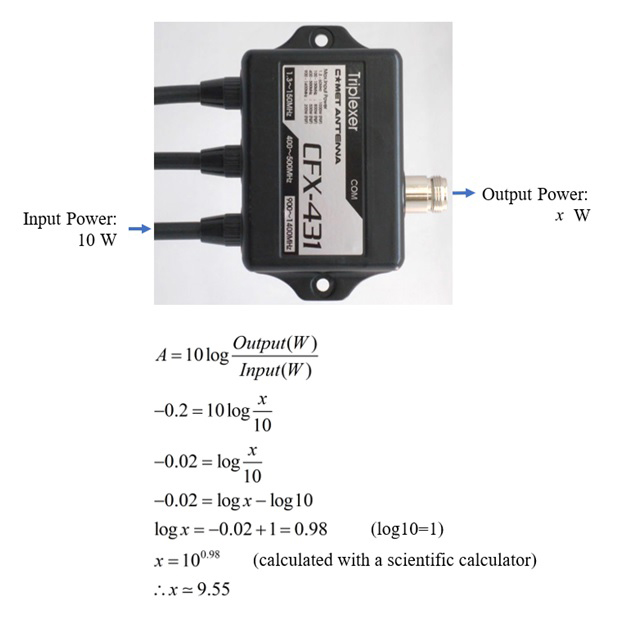 (2) Isolation
According to the specifications, isolation is described as 50 dB or more. This isolation may be easy to understand, for example, the isolation of each circuit in the 144 MHz, 430 MHz, and 1200 MHz bands. When a 144 MHz signal is input into the terminal, most of the signal is output from the COM connector on the opposite side, but it is output from a different terminal due to the coupling of the internal circuit. Therefore, the larger the number of this isolation, the better the separation, and the leakage power is extremely small. The result of calculating shows the 50 dB isolation is only 0.1 mW for the 10 W input. 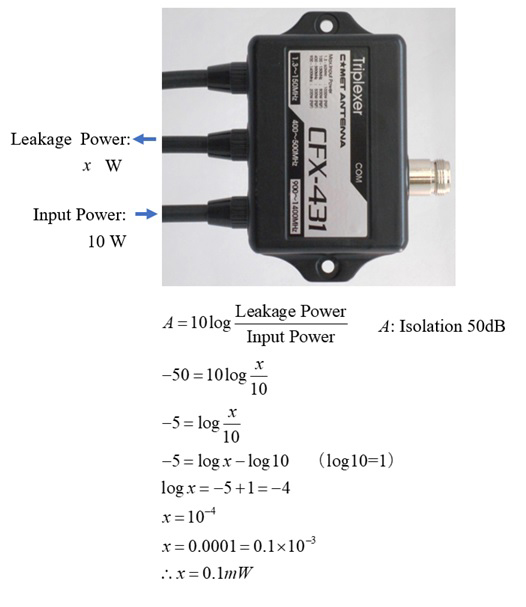 I have an IC-9700 and operate it with a triplexer and a 3-band antenna, as shown in Figure 10 below. I can watch for local stations by scanning in the SUB band, even while operating 1200 MHz on the MAIN band. To use a triplexer, a tri band antenna, and a tri-band transceiver, the coaxial cables are combined into one, and the shack installation is clean.