The IC-7610 is an innovative transceiver. The editors have tried to look for real specifications, and the appealing points of the transceiver that has excellent audio quality, high RMDR, and OVR, in addition, and this is covered in 4 installments. The 2nd issue has turned the spotlight on receive audio quality.

1. “A clean sky by having clean signals.”
2. Amateurs talking about receive audio.
3. RMDR: Increasing the chance of QSOs with rare entity stations.
4. (Special topic): A thorough inspection of Overflow (OVF).

Icom’s first DSP transceiver, the IC-775DXII, was introduced in 1995. The occupied bandwidth of its SSB signal was only 3 kHz. However, the audio sound from the speaker was excellent, like hearing a real voice, compared with previous transceivers. We think that many amateurs were surprised by the experience of hearing the sound. The DSP transceiver was the mainstream after that, and the sound became the standard for amateur radio. The IC-7300 and the IC-7610 were introduced in 2016 and 2017 respectively. Signal processing in these transceivers is done by a breakthrough field-programmable gate array (FPGA), and it is surprising that the FPGA also processes RF signals. We have heard that the sound from the IC-7300 speaker and the IC-7610 are beautiful, and it is easy to copy the contents. This has begun to become the topic of ham QSOs, so, we investigated the audio sound for this article.

We think that readers have already seen the “A clean sky by having clean signals” in the previous issued article, and understand that the phase noise characteristics for the transmit signal of the IC-7610 are excellent. They are more overwhelming than others, such as company A’s mid class model and a company B’s flagship model. The excellent phase noise characteristics are related to the purity of the master clock signals provided to the receivers’ ADC and FPGA, and are also related to the receivers’ audio quality.

●LO C/N characteristics
The IC-7610 produces an extremely pure LO signal. This significantly reduces noise components in transmit signals, as well as receiver audio signals. The figures below are images of the IC-7610 LO C/N, and they are the same as the ones described in the previous issue.

Next, we wanted to see the in-band Intermodulation Distortion (IMD) of the IC-7610. In-band IMD is the distortion (such as 3rd distortion) or noise that is produced by multiple received signals in the receiver circuit. When this characteristic is not good, internal distortion, or noise become conspicuous, the sound quality is reduced, and weak signals are not heard any more. We investigated the in-band IMD of the IC-7610, while comparing it with company A’s mid class model and company B’s flagship model.

First, we tested transceivers with an input signal level of -39 dBm (S9+34 dB). We could observe the 3rd order IMD (marked with ○), 40 dB below the input signal level for company A’s mid class model and company B’s flagship model. 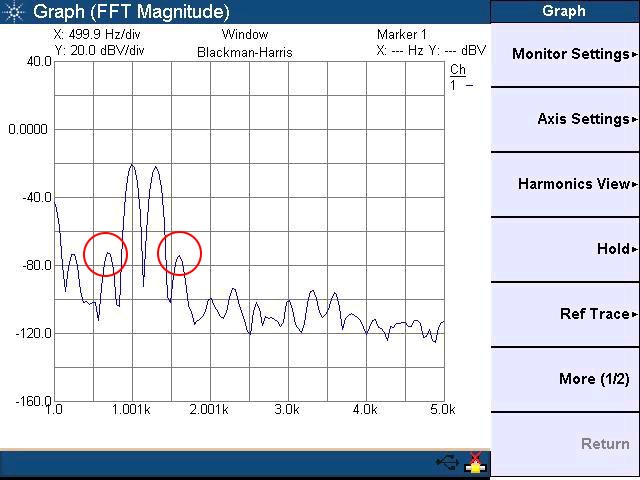 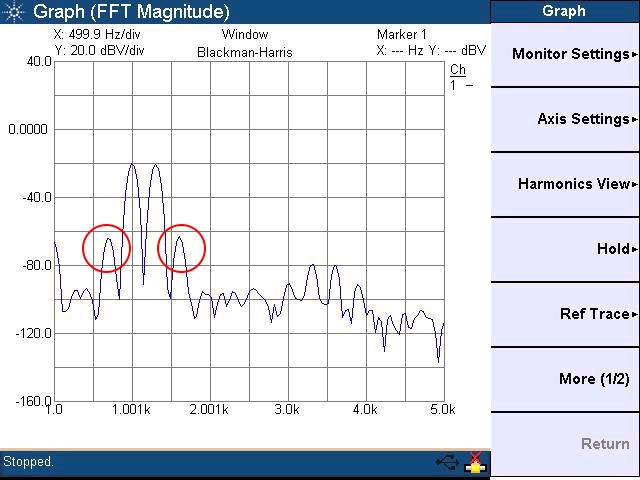 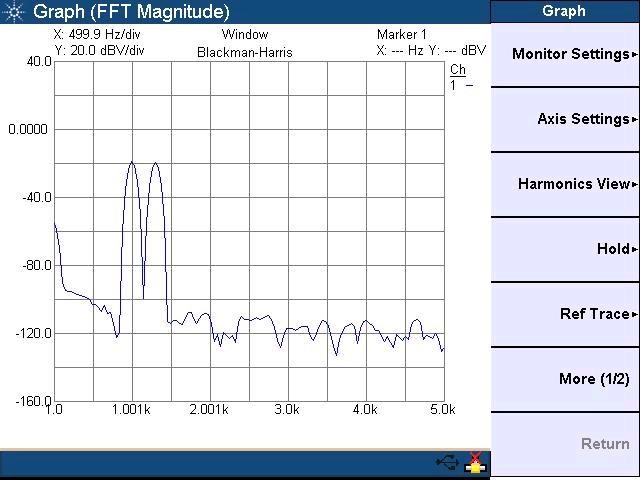 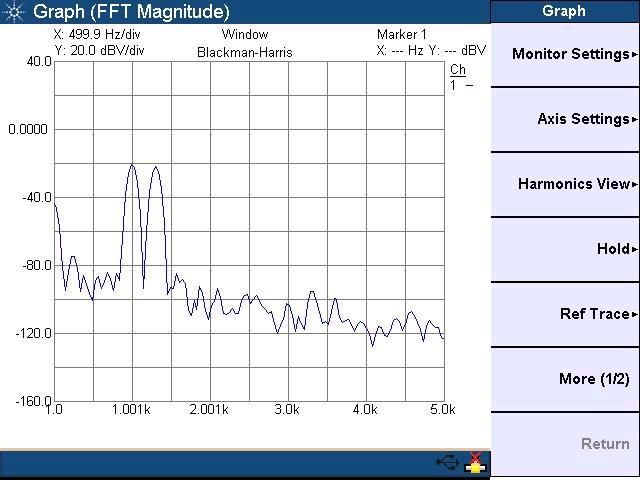 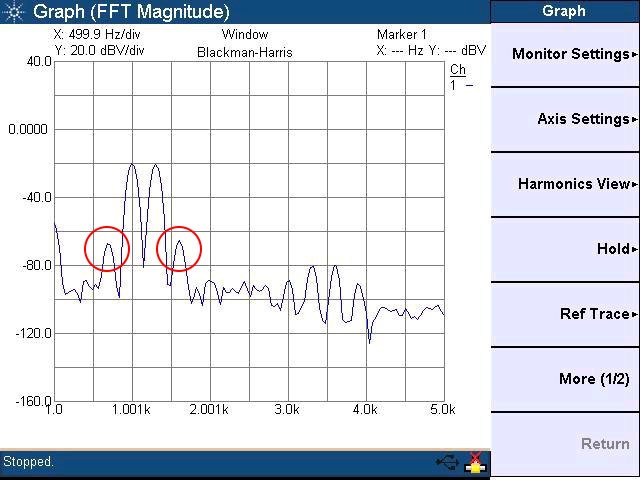 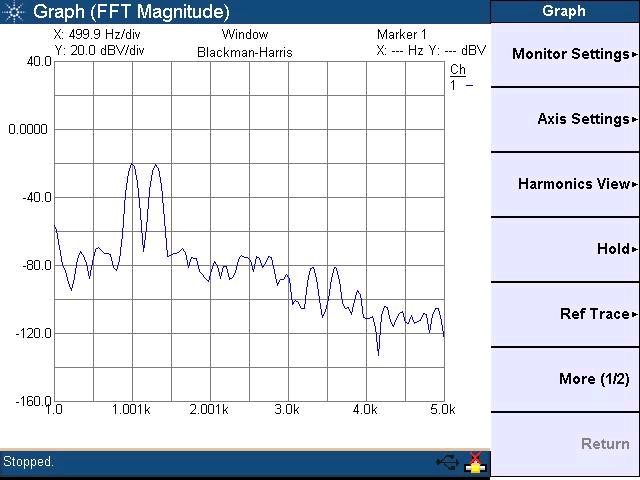 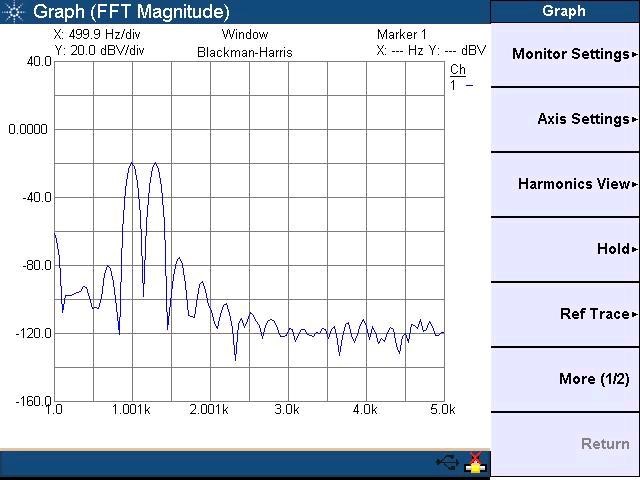 We found out that IC-7610 shows excellent IMD characteristics, in spite of the strength of the input signal. For example, when you are called at the same time from many stations as in a pileup operating CW, the CW signal that could never be copied before, can be heard in the IC-7610, as the in-band IMD is excellent. At times like that, you can realize its merit.

Then, we continued to test the transceivers for hiss noise. Hiss noise is a noise from the speaker output terminal, even if the AF volume control is turned maximum counterclockwise. 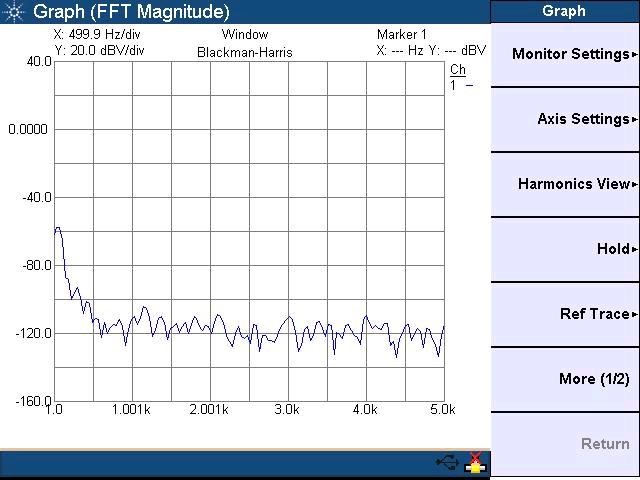 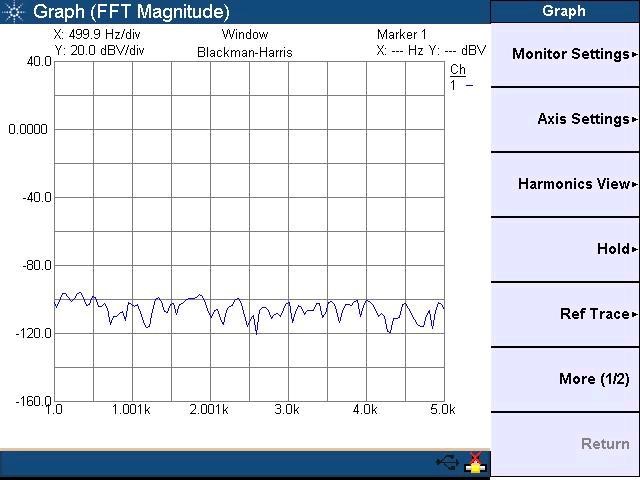 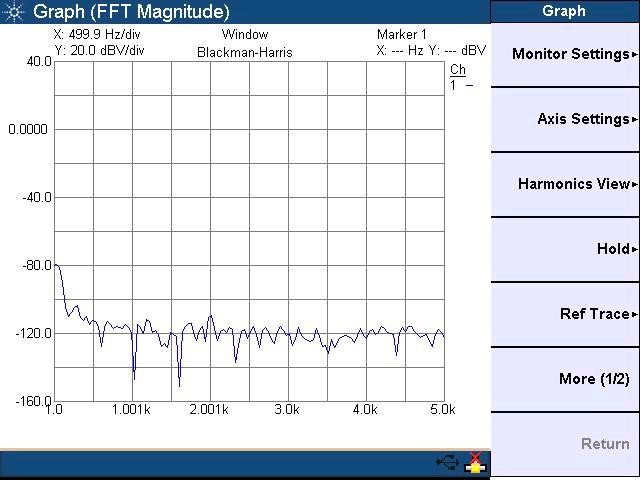 In the test results, we found that we could hear hiss noise in company B’s flagship model. Company A’ s mid class model and the IC-7610 are excellent with a 10 dB lower hiss noise level. With such a low hiss noise level, we feel that the reception sound of the IC-7610 is beautiful, and it is one of the biggest factors that makes for easy receiving.

Icom’s commitment to high quality sound can be seen by removing the cover of an IC-7610.  Components used by high-end audio equipment are incorporated. A larger custom-made loudspeaker box is also used. When you actually hear it, there is more acoustic pressure than those used in the past. It's very easy to listen to QSOs clearly in SSB and CW. An exclusive amplifier for headphone use is also included. The sound is nice, and it comes into your ears naturally. Even when you use headphones, the sound is smooth, and the tired feeling while listening to will be substantially reduced.

Our inspection showed that the excellent receive sound quality of the IC-7610 is achieved by a phase noise performance that overwhelms others, the in-band IMD characteristic, low hiss noise, and the devices selected for audio quality and design.

Most amateur radio operators may think that receive audio sound is enough if they can hear their QSOs, because it is amateur radio. We recommend that you take the opportunity to hear the receive audio sound of the IC-7610 and the IC-7300. Your idea of what amateur radio audio sounds like may be changed completely. You should realize that high quality sound relieves your stress while receiving. We can say that the sound quality is one of the necessary characteristics for comfortable operation.