I went to Akihabara in Taiwan (Part 2) 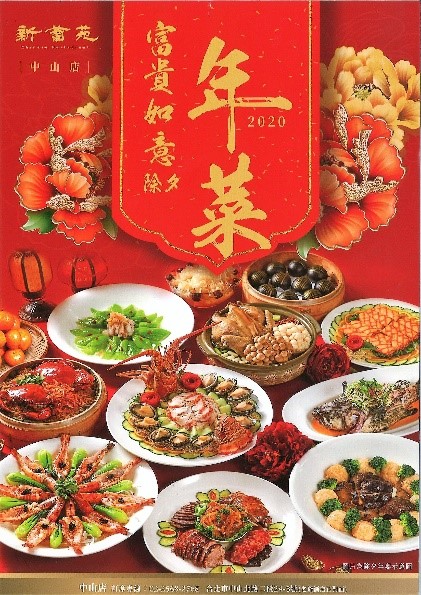 In Part 1, I briefly explained the process from arriving in Taiwan to going to Guang Hua Digital Plaza.

In Part 2 of this issue, I would like to introduce amateur radio shops found near the Guang Hua Digital Plaza, where I purchased three types of antennas for dual band handheld transceivers.

While wandering around near the Guang Hua Digital Plaza, I found two radio shops near the highway road. One shop name is “波音無線電,” the other one is “上洋通信.” 波音無線電 sells cellular phones in addition to Taiwanese and Chinese two-way radios. Their billboards do not show English names on them, but 波音無線電 is registered as Point Radio Inc. and 上洋通信 is registered as 747 Pro-Radio. These names may be useful to look for the shops.

Another window of 上洋通信, this shop's show-window is shown on the right side of Figure 1. You can see Icom and HYT, KENWOOD stickers affixed to the show-window glass. It is difficult to see in the picture, but the plaque with the logo of Icom and HYT are decorated inside the show-window. Chines characters written on the plaque seem to indicate that 上洋通信is a contracted special dealer. 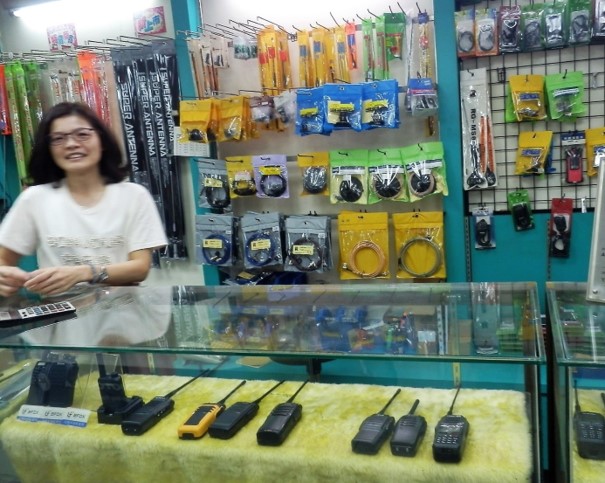 Figure 2. Inside of the 上洋通信

Figure 3 shows the three types of antennas I purchased. These packages look familiar, but the antennas are not from a Japanese manufacturer. The connector has a male SMA connector, and each antenna is a dual band antenna for VHF and UHF. The specifications that are 1/4λ for VHF and 1/2λ for UHF are printed on the surface of each plastic bag. 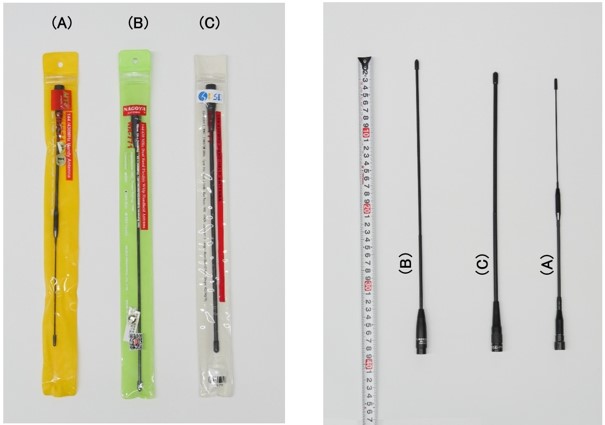 I think these antennas are for handheld transceivers, but we measured the performance when the antennas were mounted on a magnet base for vehicles and used as mobile antennas. (Figure 4)

A Kuranishi* BR-510D antenna analyzer was connected to the end of the coaxial cable coming out of the antenna base, and the SWR characteristics in the 430 MHz band were examined. Figure 5 is a graph of the result.
* Kuranishi was a company that produced measuring equipment, but it does not exist now.

Figure 4. Antenna is measured as a mobile antenna with a mobile magnetic antenna base mount. 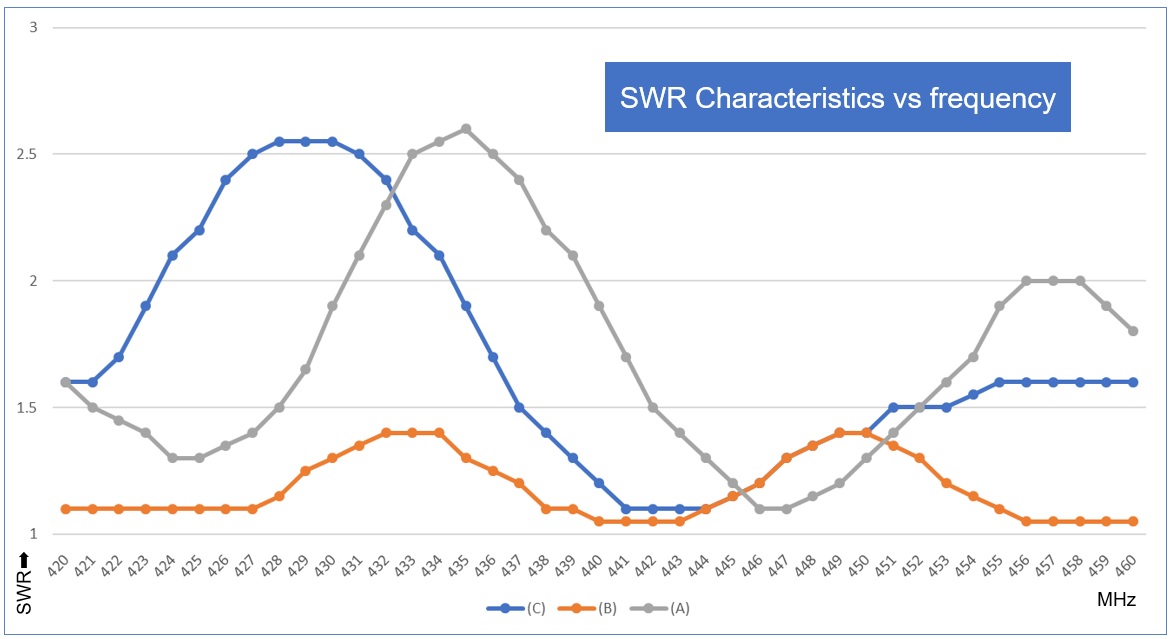