Hello everyone! I’m Masaco, a Japanese singer and also a YL ham. This is a serial article called “Exploring the Ham Radio world with Masaco”, in which I introduce various Japanese ham clubs. Please enjoy each article, and learn about many amateur radio operators all across Japan. 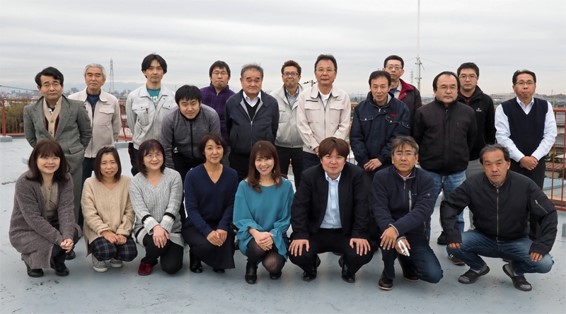 If you are an amateur radio operator, I’m sure that DAI-ICHI DENPA KOGYO’s “DIAMOND ANTENNA” is familiar to you. Their head office is located in Tokyo, but they develop their products in Kawagoe city, Saitama prefecture. 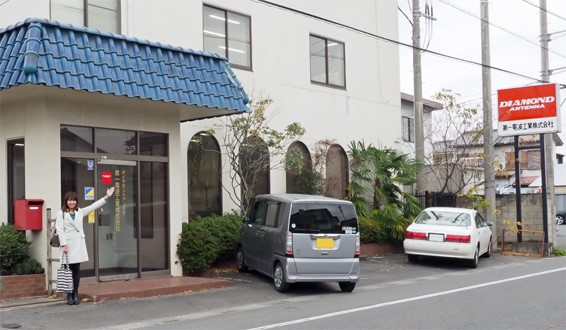 “Masaco, we’ve been waiting for you!” Mr. Maejima, the president of the company welcomed me. The first time I saw him, he was so nice and thoughtful that I thought he was just a staff member...(I’m so sorry!) “Masaco, you are very funny! Why don’t we get inside?” he cheerfully said.

The first thing I did was...check out their ham shack! They have wonderful old-fashioned vacuum tube type radios, and the latest Icom IC-7610M, which is an 50W model for the Japanese market. 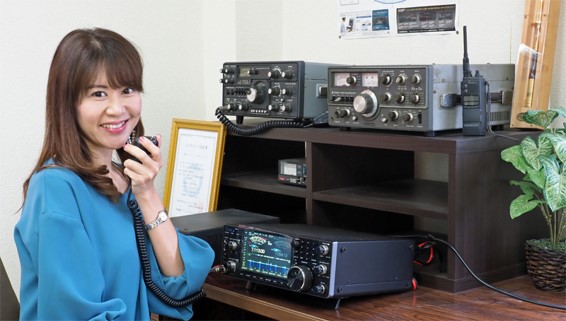 I watched the 40 m band with the IC-7610M. The HFV5, which is a shortened V dipole, was connected to the radio. “If the antenna is tuned well, it is almost the equivalent of a full-sized one.” Mr. Maejima said.

On the wall of a meeting room, many mobile antennas and awards are displayed. 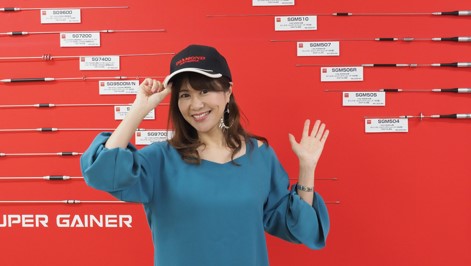 The best-selling mobile antennas, “Super Gainer series”...How do I look with the “DIAMOND” cap?

“I have an interesting thing for you Masaco. You have probably never seen it before.” Mr. Maejima showed me a long narrow wooden box. Can you guess what that is? 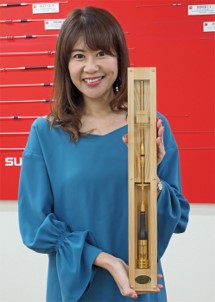 Gold and luxury mobile antenna in a wooden box!

“Whoa that is so cool! Is this a special antenna commemorating something?” I asked. According to Mr. Maejima, The gold antenna SG7000G limited edition was created to commemorate sales of 500,000 antennas of the Super Gainer series, and sales were limited to just two months in autumn, 1996. The whole antenna is gold plated.

The price of the gold antenna was 15,000 JPY at that time, and they engraved each customer’s callsign for free. This antenna is way too good for me...! If I got this antenna, I would not use it, but just display it in my ham shack! 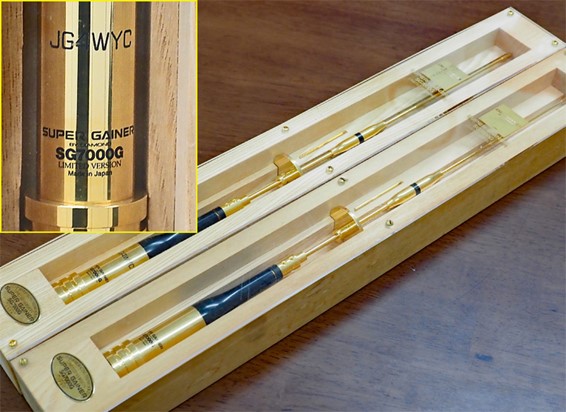 Actually, a D-STAR repeater, JP1YKW, is installed in the Kawagoe office. Mr. Fujita, JR1UTI, told me that the repeater is one of three D-STAR repeaters in Saitama prefecture, covering most of the southwestern part of Saitama. 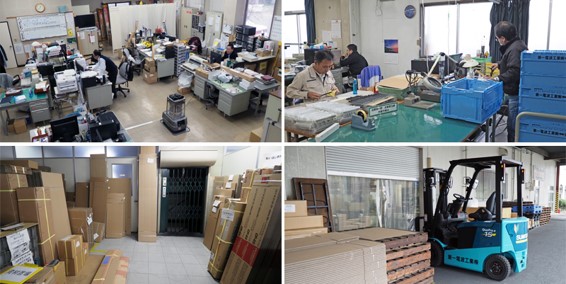 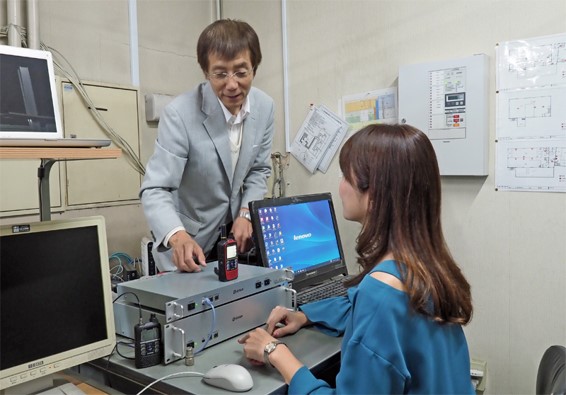 Mr. Fujita and me, talking about the JP1YKW D-STAR repeater. Mr. Fujita is the administrator of the repeater.

Then I went up to the rooftop—a VY FB location with no tall buildings nearby, so the propagation would definitely be wonderful. 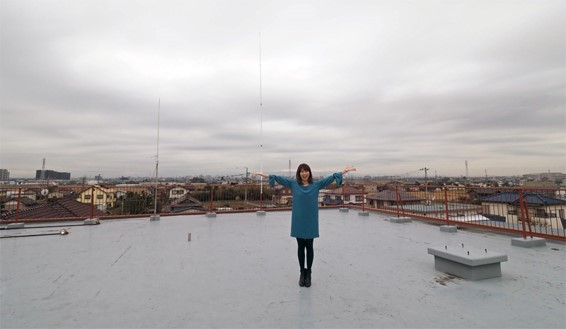 Broad rooftop! Many antennas are attached to the railings.

Everywhere on the railing I saw many antennas. Next to the building, crank up towers were standing, and they can used for measuring the beam patterns of the directional antennas.

The HFV5 for the club station I mentioned above is to the left of the picture below. The ground plane antenna in the middle, attached to the “inverted L” pipe, is for the D-STAR repeater. An engineer told me that they intentionally installed antennas above and below. If the antennas, both covering the same band, are installed side by side, the two antennas interfere with each other, and affect their directivity. That makes sense! 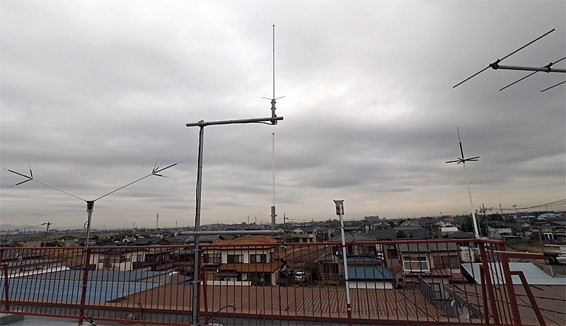 A shortened V dipole HFV5 for the club station (to the left), a ground plane antenna for the D-STAR repeater (in the middle.)

In Japan, most hams know that DAI-ICHI DENPA KOGYO exhibits special campers equipped with transceivers and antennas at each ham radio event. If you have been to the Tokyo Ham Fair, you’ve probably seen the campers before.

“Can I see the camper today?” I asked to Mr. Maejima. He smiled and said “Yes of course! Let’s head for the parking lot!”

The one that I was shown was the lightweight wagon type. It’s fairly compact! In the vehicle, a bed, a toilet, and a kitchen sink were installed, as well as many transceivers on a shelf! A large spare battery was installed under the bed, enabling long-time operation without turning on the engine. Of course, several antennas for each band were also installed. 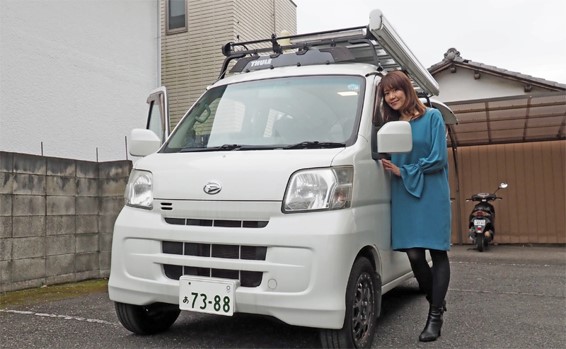 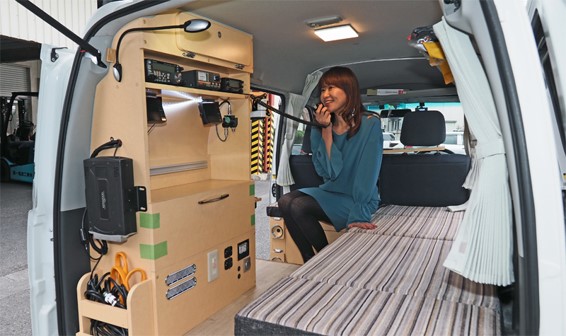 Fairly spacious! A bed, a storable toilet, a fridge, a kitchen sink, and a spare battery...are installed. 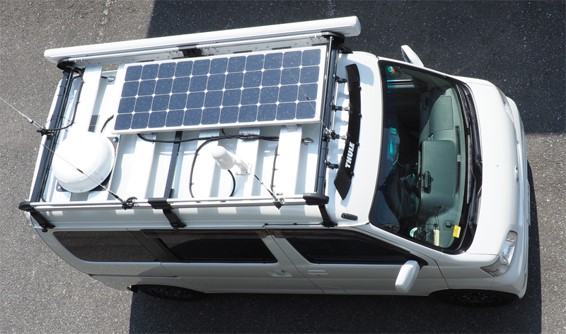 On the rooftop, there is a solar panel and some DIAMOND ANTENNAs. 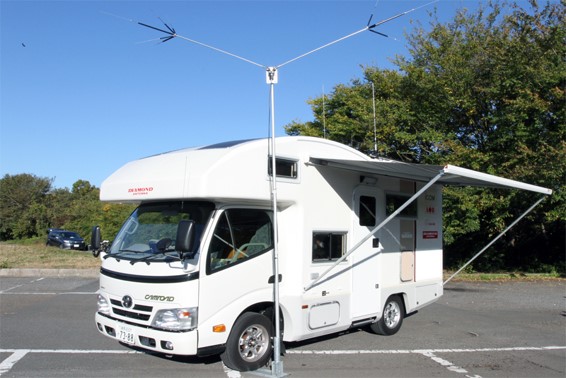 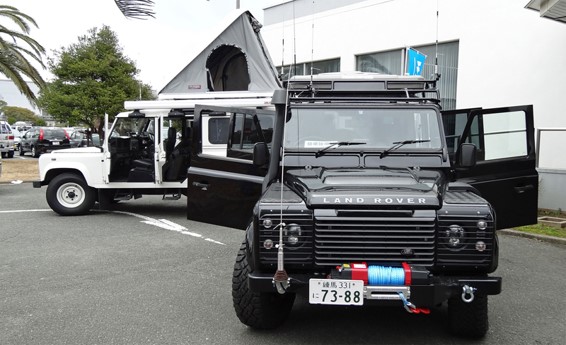 This model is based on a 2014 Land Rover Defender. 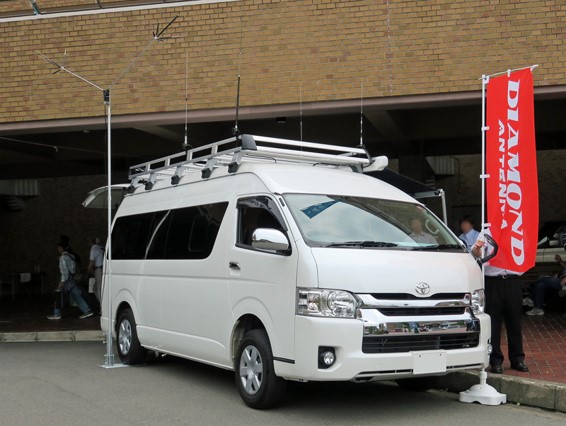 “Thank you very much for lending me the 2016 HIACE model the other day! I was on a field operation, and it was a really cold day. Thanks to the FF fan heater, I was able to survive the harsh weather. It was really comfortable!” I just remembered how convenient the camper was when I activated JL3ZGL with Ah-chan during the field operation. “Oh, we are very glad to hear that. Not only for field operations, but also for disasters; we hope our camper would be convenient to operate amateur radio because it is well-designed as a long-time operation vehicle.”

“I see...the exhibition of your campers could also be very helpful for many people when they see how the antennas were attached, and how the wiring is done.”

“If they want to design the exact same car, it will cost a lot of money, but we hope our campers will help them build their own mobile station. We also exhibit our campers at some events for campers and disaster drills, and to highlight the important role of amateur radio in disasters.”