Adjusting a handheld antenna is quite tough!

I was shown an interesting demonstration from an engineer, Mr. Kobayashi.

“Masaco, did you know that the SWR characteristics difference of a quarter wave whip antenna for a handheld radio when comparing it in two conditions—one is measuring the antenna by itself, and the other is measuring it when holding the radio in your hand?”

“No, I didn’t know that! In my opinion...I think it’s better to measure the antenna by itself to expect an accurate result.”

“In fact, a whip antenna performs best when a handheld radio is in the right place. You hold your radio in your hand, and speak close to the mic, don’t you? We design and adjust antennas assuming that they are used in that position.”

Mr. Kobayashi gave me a demonstration of measuring the SWR characteristics of a trial antenna attached to a dummy handheld radio. The results were all different when the radio was put on a desk, when it was near his mouth, and when it was held high up in the air. He carefully eliminated the influence of the coaxial cable connected to the SWR meter. 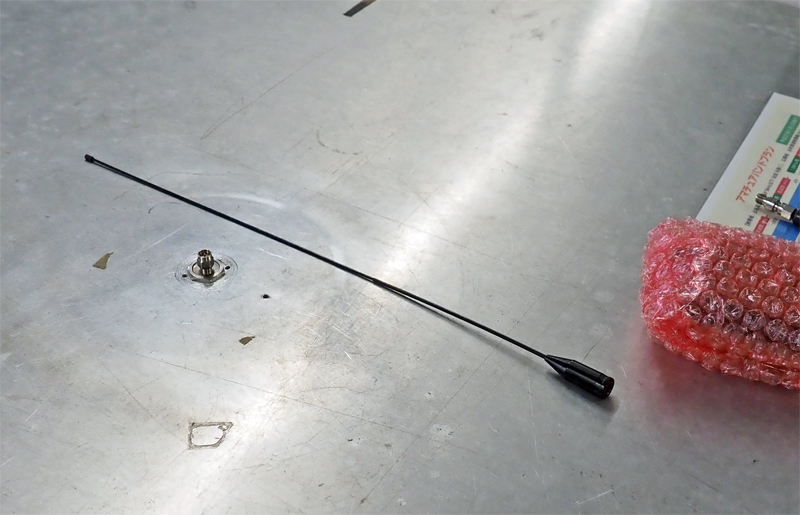 The antenna used in a demonstration. This is for a digital low power radio covering the 2-meter band.
It is shortened with a coil, but it’s a quarter wave antenna. 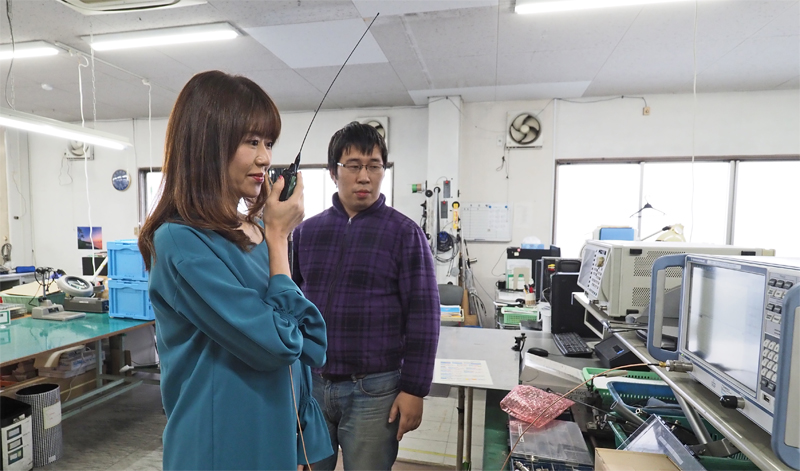 The SWR characteristics changed each time I held the radio at different heights.

The Network analyzer——Smith chart is shown in the upper half, and the SWR characteristics in the lower half of the screen.

“Actually, the SWR characteristics change, depending on the height or how much water your body contains when holding a handheld radio. These days, many hams have their own antenna analyzers and they connect an antenna directly to the analyzer and say ‘Hey, this antenna can’t get a low SWR...’ But that is quite wrong”, Mr. Kobayashi honestly said.

Besides, the SWR characteristics also change, depending on the material used in the radio, so DAI-ICHI DENPA KOGYO has its own reference radio for measuring tests. Designing and adjusting antennas requires a lot of effort!!

Mr. Maejima told me about DAI-ICHI DENPA KOGYO’s history. The company was established in 1968 by the current CEO’s father, Mr. Tokuo Fukui. This year is their 50th anniversary. 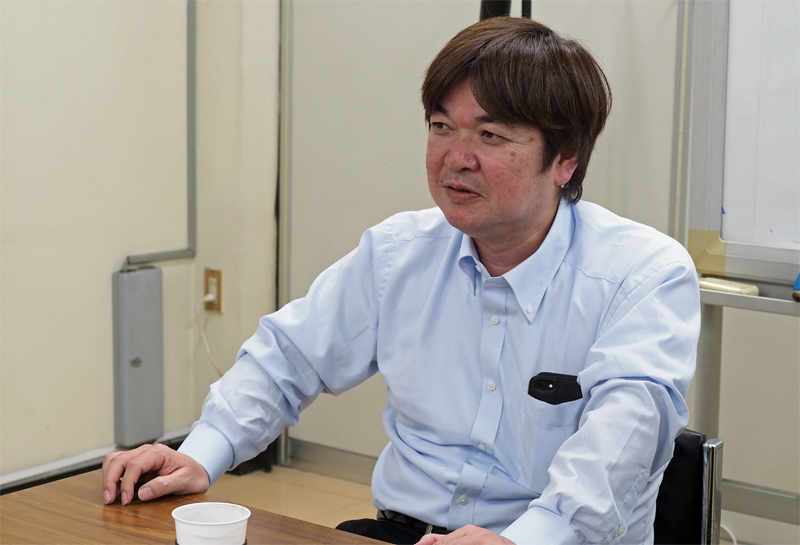 Mr. Maejima, the president of the company 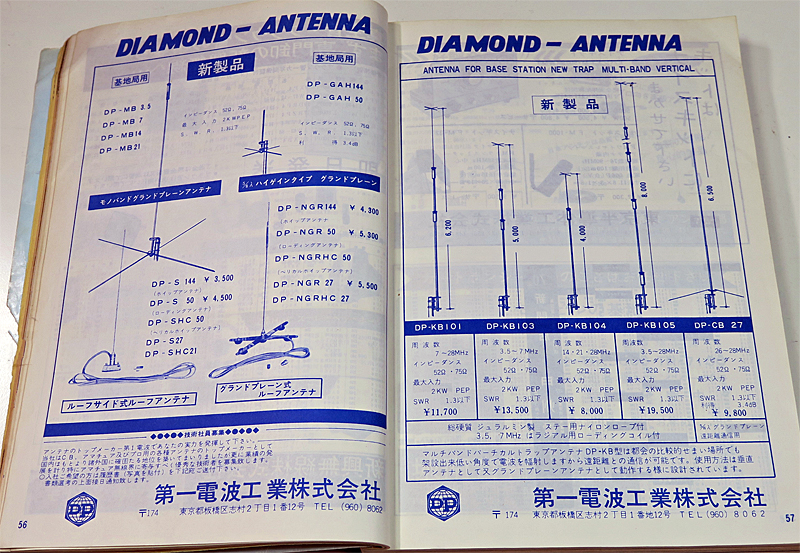 An old advertisement published when they had just started the company...you can see verticals for HF, and ground planes for 144 MHz.

The brand name “DIAMOND ANTENNA” has been used since the company’s establishment. They used the universal word “DIAMOND”, thinking that their antennas would be popular among many hams around the world. They are always pursuing not only performance, but also the design, usability, and safety of antennas.

Mr. Maejima told me that there was a trend in amateur radio antennas. For example, when it comes to mobile antennas, 5/8 wave or 7/8 wave long type 144 MHz antennas were popular in the past because of their good antenna gain. After that, non-radial types became more popular. Now, they mainly sell compact types, such as the HFV5 for HF, a compact V dipole antenna.

They actively attend many amateur radio events in Japan to do market research, so that they are able to design great antennas according to the current trend. 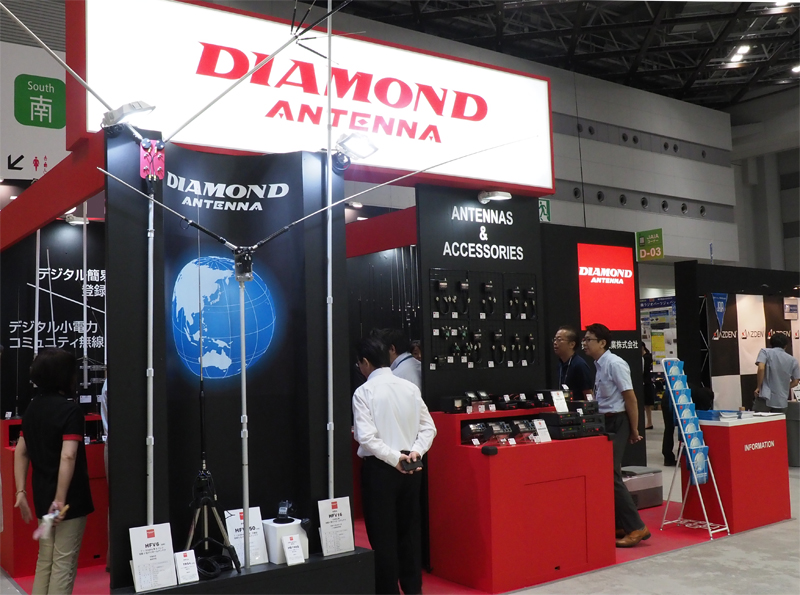 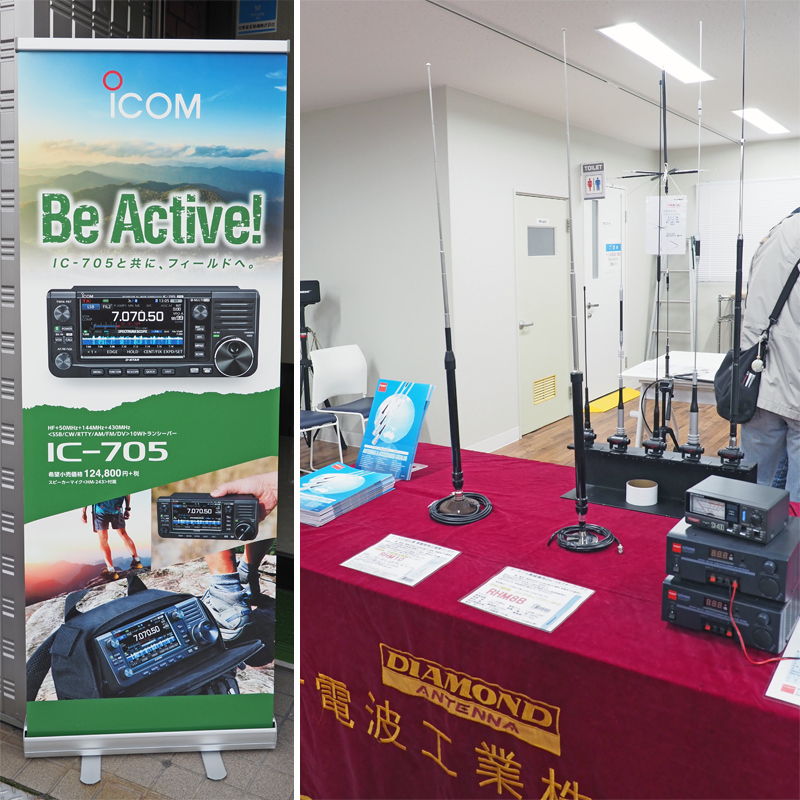 At last, Mr. Majima told me their company’s future plans and dreams. “We celebrate our 50th anniversary this year. To make our company more developed, we think it is important to go back to the basics—listen to all of the employees’ opinions. We will protect our ‘DIAMOND’ brand for many years to come.” 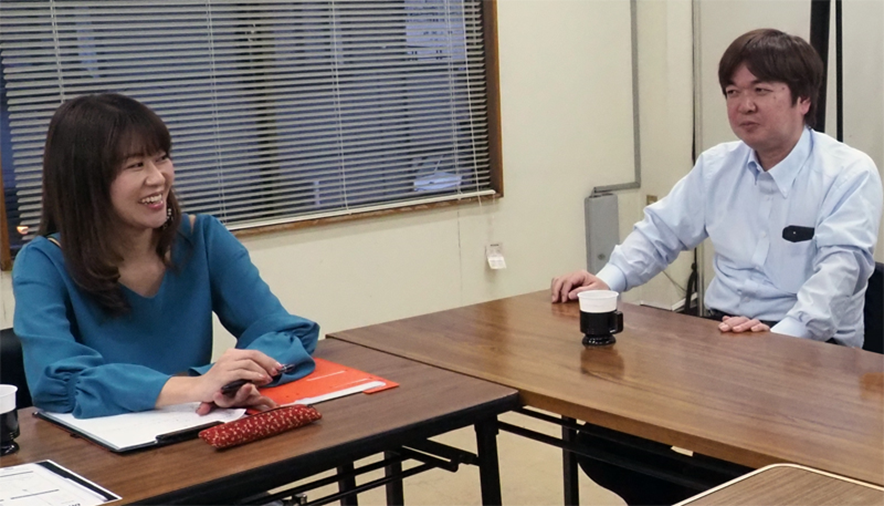 Thanks for the interview!

I’d like to say huge thank you to President Mr. Maejima, CEO Mr. Fukui, and all other staff members who worked with me during this interview. I learned that sometimes antennas are more important than radios! No matter how great your radio is, using a poor antenna will never satisfy your ham life. Again, thank you everyone! It was very nice meeting you all!