Using IC-705 for satellite QSO from a ferry

I always thought it would be a blast to take a long trip for portable operation in the vast Hokkaido area (JA8). Usually, there is a long holiday between end of April and early May. However, things are not the same in 2020, so I had to delay the plan to summer in August because of the Covid-19 pandemic.

I started my journey by car and then took the ferry that goes between Tsuruga in Fukui and Tomakomai in Hokkaido. By bringing the ICOM IC-705 on board and wanted to try operating from the ferry.

The two ICOM IC-705s that I brought were both in an LC-192 backpack also used for satellite operation. (Photo 1). The reason to use two sets of IC-705 was to have one radio acts as a receiver and the other as a transmitter, so the full duplex operation can be proceeded. To assistant such operation, a set of expandable rod antenna; Dual band whip antenna for 144/430 MHz and a duplexer were used. (Photo 2)

Since the only access to the outdoors was at the back of the ferry, which was a direction that was not suitable for satellite acquisition, I could only operate from my cabin. Since the equipment used as a power source for engine or kitchen devices is located at the back of the ferry, a strong RF noise was mixed into 144MHz band. I used the IC-705 spectrum scope to view my own downlink signal for frequency adjustment. Finally, I successfully contacted a total of 5 stations, including XW-2B and XW-2F. If I were operating from a location without any noise, more contacts could have been made, I think.

A typhoon was developing crossed over the western coast of Japan that day, which caused rough waves and made the ferry journey shaky. While I was staring at the IC-705 screen, I got seasick and was barely able to walk. Later I had to give up trying to make more satellite QSOs. Fortunately, in the late afternoon when the shakiness eased, I tried operating 7MHz CW and managed to QSO with one station. 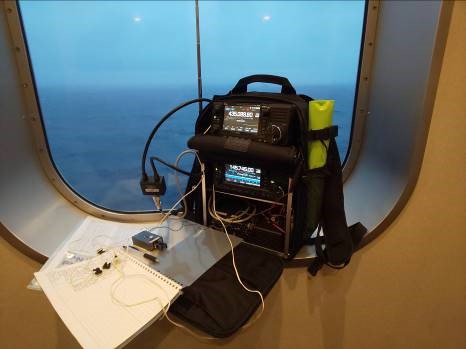 Photo 1. Using the Multi-function backpack LC-192 to two IC-705s for operating satellite from the ferry. 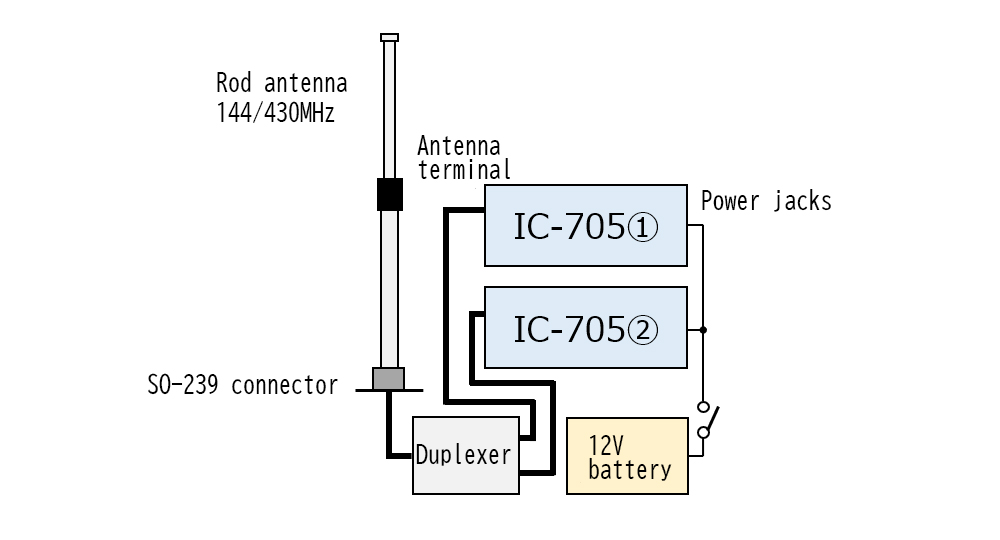 During the return trip, I operated on a rare Grid Locator PM88 which does not exist on land.

The antenna for the HF band was a Comet HFJ-350M. The SWR was lowered by only connecting a ground wire to the window frame and then adjusting the rod antenna length. I watched 7MHz CW band and heard several strong stations transmitting CQ TEST. I expected some QSOs since the signal was strong enough. However, once I listened carefully to the signals, I remembered MM stations are invalid for the contest, because I did not have a contest number for the contest. So, this QSO mission was not successful.

Since I was away from land, there was no Internet service to access any bulletin board for information regarding portable operation. I could only count on myself to search frequencies to CQ on. However, even propagation on 10MHz, that has not used in the contest, was not good, so nothing could be heard there either.

After I worked CQ just on 7MHz CW contest frequencies for one hour and 20 minutes, the result at the end of the day was no QSOs. The reasons besides poor propagation were my radio waves had difficulty in reaching the ionosphere diagonally from inside the ferry where I operated. 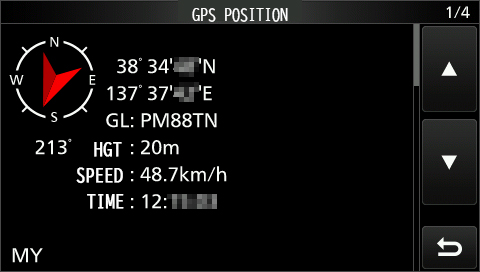 Photo 3. The record of passing through the rare Grid Locator PM88. The GPS function on the IC-705 confirms the Grid Locator.

The LC-192 multi-function backpack, is designed with top and bottom spaces. If an IC-705 is stored on top, there is a divider is attached to support the weight of the radio on the bottom. When carrying two IC-705s, the divider can be taken off, instead, to insert an L-shaped, 9mm width aluminum angle material that can be assembled into a rack with screws, so the bottom of the frame can hold the second IC-705. (Photo 4)

In addition, the extra space can hold a sealed 12V motorbike battery and a manual antenna tuner which will soon be replaced by an AH-705. The power switch is built-in, so the battery can supply 12V power to the IC-705 for 10W output power operation. 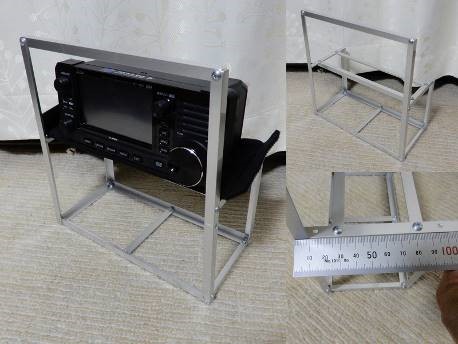