Europe's largest amateur radio event, HAM RADIO (45th International Amateur Radio Exhibition), was held for the first time in two years at Messe Friedrichshafen in southern Germany from June 24th to 26th, 2022. Approximately 10,200 visitors from 52 countries*1 (about 30% less than the number of visitors in 2019) came to enjoy the revived event. I had an opportunity to visit that HAM RADIO, so I will briefly introduce you to what I experienced. 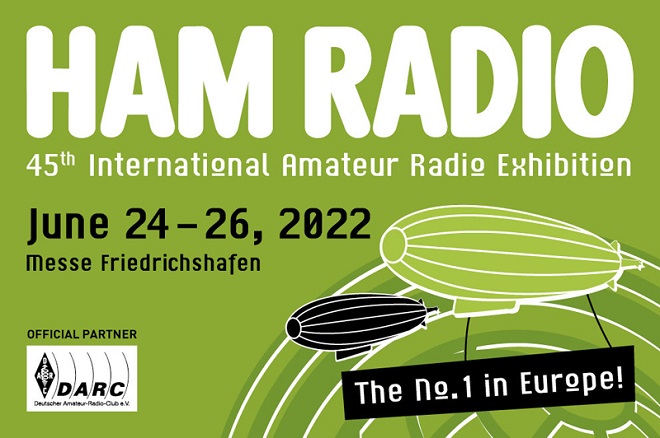 HAM RADIO was revived for the first time in two years after its cancellation due to COVID-19 pandemic. The theme of this year's event was “Seeing Friends Again.” The Messe Friedrichshafen venue featured booths of 129 exhibitors from 27 countries, including radio equipment manufacturers, national radio organizations, and amateur radio clubs. In addition, there were 265 exhibitors in the flea market. 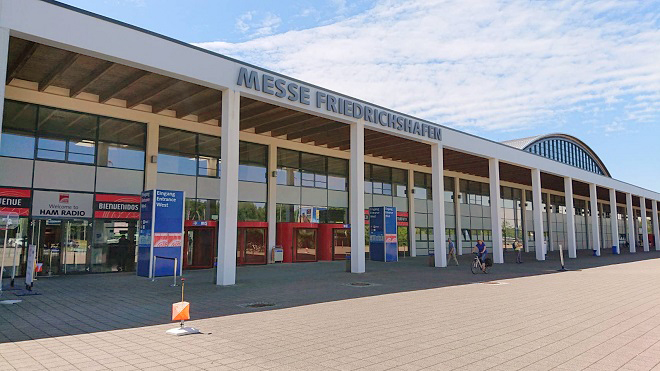 MESSE FRIEDRICHSHAFEN in Germany, the venue for “HAM RADIO”

While some radio manufacturers and major dealers did not exhibit, and space at the venue was smaller, unfortunately. Icom's booth attracted a great deal of attention. Here are some of the exhibits at the Icom booth and the feedback I received from visitors. 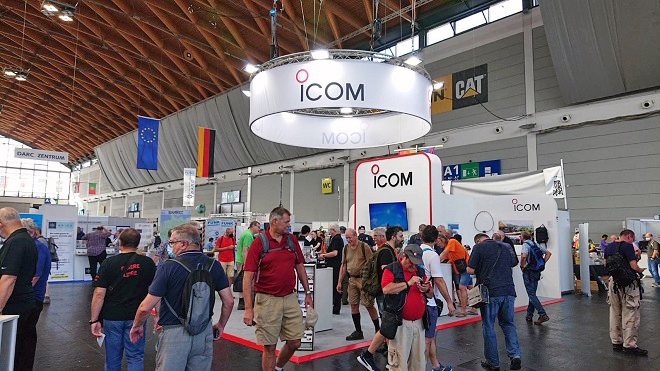 Appearance of the Icom booth 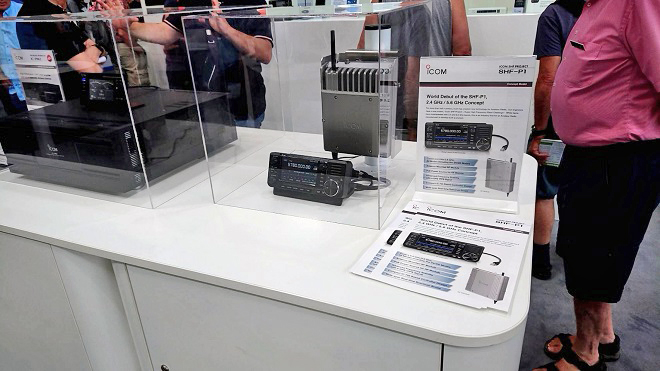 Other comments included, "The 2.4 GHz band is also in demand for TV broadcast applications by amateur radio operators," and "It would be perfect if you could support 10 GHz as well, so that you can enjoy SHF with just this one device." The 10 GHz amateur band in Europe is a popular frequency band for contests and seems to be operated in voice mode only. 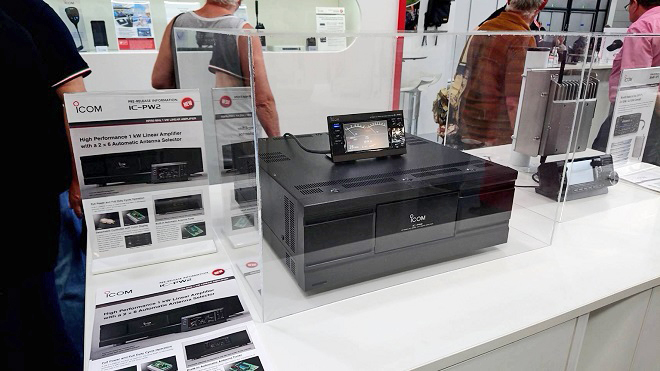 The IC-PW2, a linear amplifier for the HF + 50 MHz band, was also displayed for the first time in Europe. It attracted a lot of attention, and there were specific questions about the model number and number of LDMOS devices used, as well as the timing of its release. 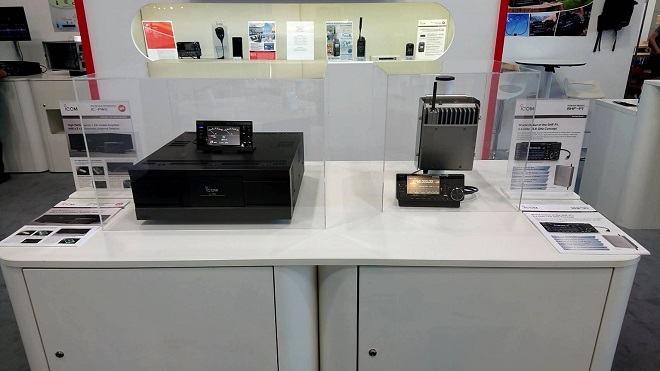 The IC-PW2 (left) and SHF-P1 (right) attracted a lot of attention. 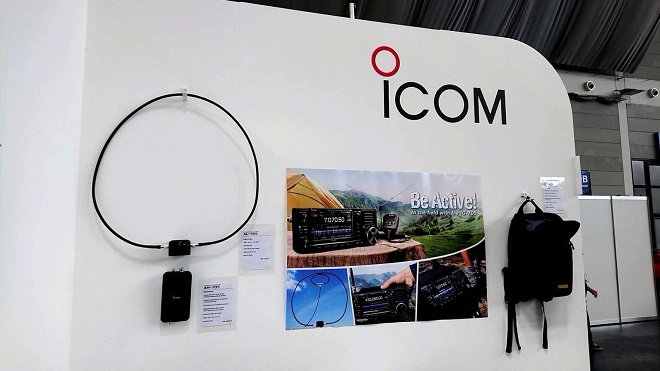 Accessories for the IC-705

The IC-705, an all-mode portable transceiver covering the HF to 430 MHz bands that is very popular worldwide was on display along with image video (PV) and accessories. Many IC-705 users were among the visitors, and some expressed their desire for more accessories, such as an external battery pack for 10 W operation, while others asked for a 100 W-class linear amplifier or a large backpack that can hold a 15.6-inch laptop computer. 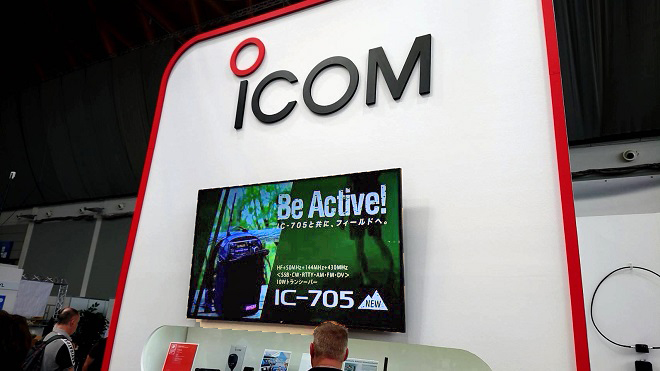 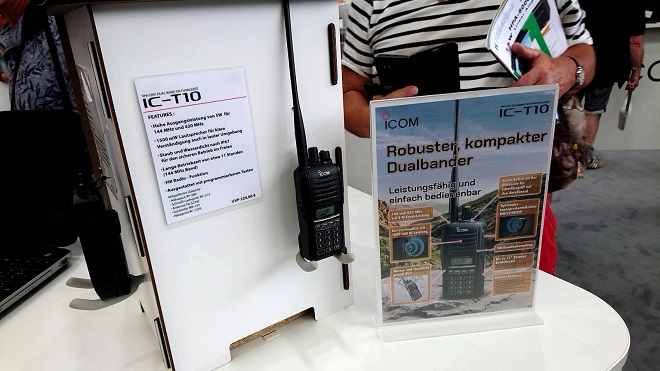 The IC-T10, a 144/430 MHz dual band FM transceiver with simple operation and a long operation time, was also on display. The IC-T10 was also very popular among visitors.

Many visitors at the Icom booth expressed their appreciation for the company's participation in the exhibition, even though the new coronavirus is still not under control. We also heard that they were very interested in the introduction of unique products such as the SHF Project.

The next "HAM RADIO" is scheduled to be held from June 23th to 25th, 2023, again at Messe Friedrichshafen, Germany.