Icom exhibited a prototype of the SHF-P1, a concept model of the SHF project that the company is developing, and the IC-PW2, an HF + 50 MHz band linear amplifier, at Hamvention 2022, a world's largest amateur radio event. The event was held on May 20-22 at the Fairgrounds Expo Center in Xenia, Ohio, USA. The displays attracted a lot of attention from visitors. 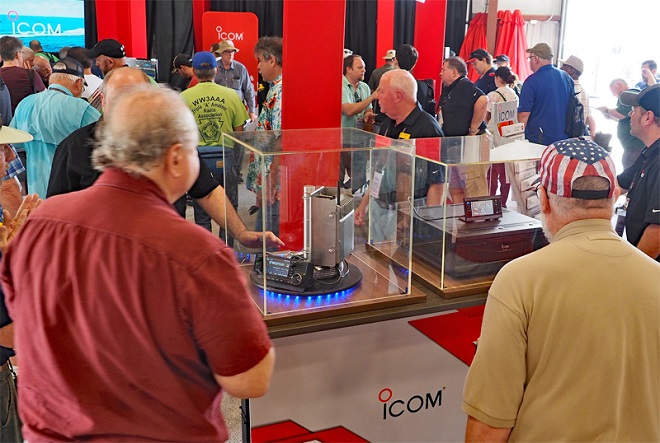 The SHF-P1 prototype and the IC-PW2 prototype, both on display at the Icom booth at Hamvention 2022, attracted a lot of attention.

Last December in 2021, under the theme "ICOM SHF Project - Challenge to the SHF band," Icom announced to the domestic and international markets that it had begun development of amateur radio equipment for the 2.4 GHz and 5.6 GHz bands. The progress of the project is constantly reported on a special page on the company's official website*. In April of this year, the company released a design sketch of the SHF-P1, a concept model of the radio under development, which attracted a great deal of attention.
*SHF_project_Vol.1 (icomjapan.com) 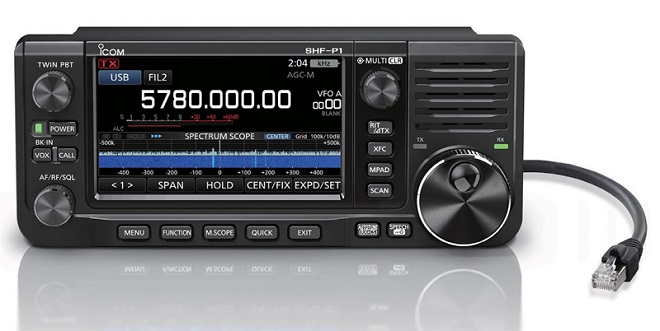 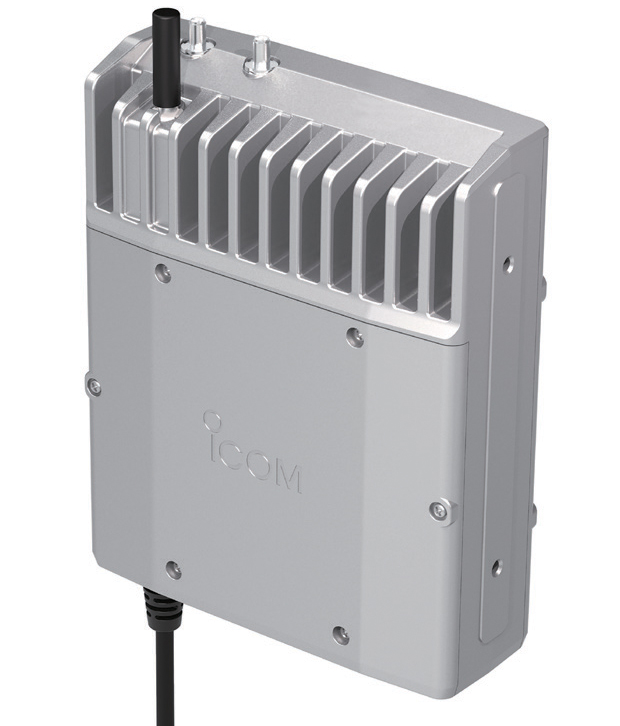 According to the exhibit, the SHF-P1 prototype covers two amateur bands, 2.4 GHz and 5.6 GHz, in all modes, including D-STAR DD/DV mode. To minimize cable loss between the radio and antenna, the system consists of two parts: an RF module that is mounted directly under the antenna, and a controller that performs the operation. The two are connected by a LAN cable, and PoE (Power over Ethernet) technology is used to supply DC power to the RF module via LAN cable.

The controller design is based on the portable HF transceiver. The controller panel design and the operation of each control knob are based on the popular IC-705 HF portable radio. A wide-span real-time spectrum scope is of course included. The RF module is designed to be mounted outdoors, is waterproof, and has dedicated antenna terminals on the top for both the 2.4 GHz and 5.6 GHz bands. 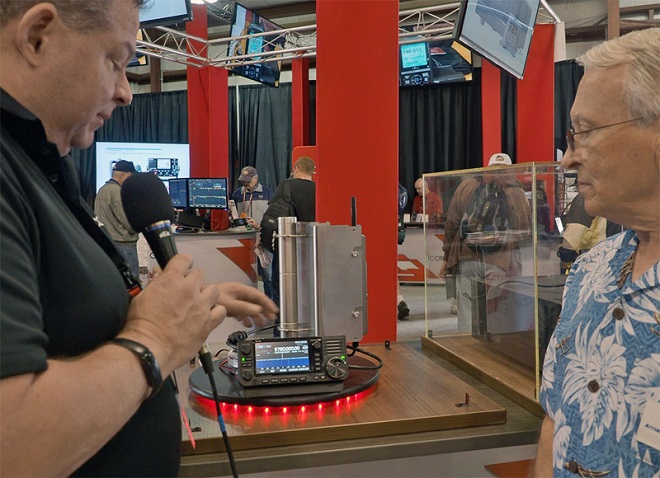 Ray Novak, from Icom America, talks with George, from the popular YouTube channel
“AmateurLogic” TV, about the SHF-P1 prototype.

Amateur radio operators from the U.S. and around the world visited the event, looking at the SHF-P1 with great interest, asking staff for details, and taking pictures with their smartphones. 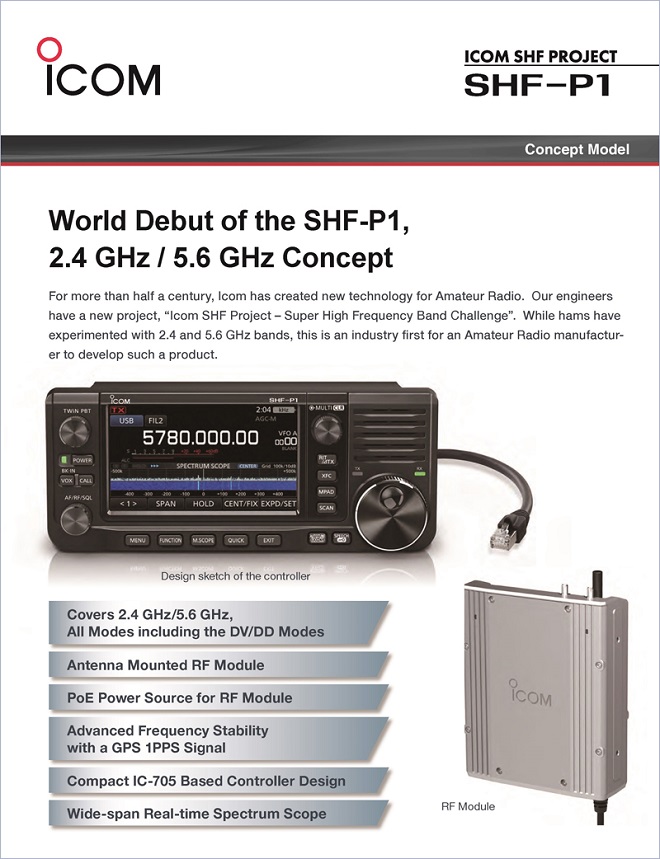 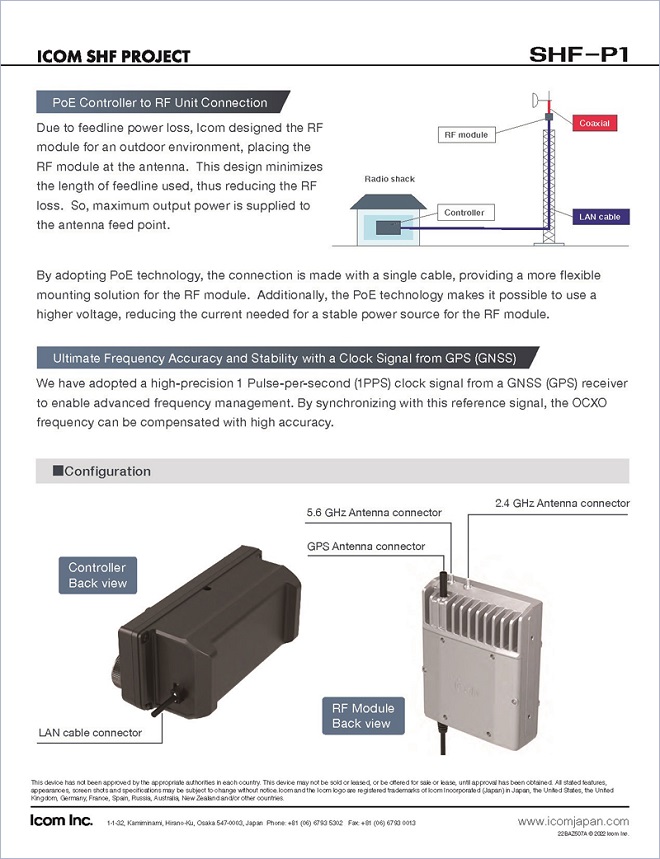 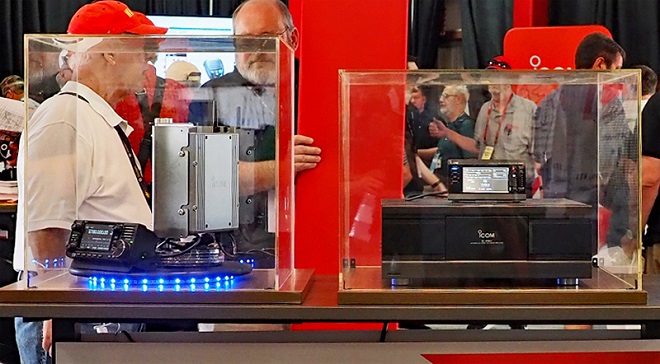 The IC-PW2 (right) was also exhibited for the first time at Hamvention 2022.

Other exhibits at the Icom booth at Hamvention 2022 included the IC-PW2 prototype, an HF+50 MHz linear amplifier. In Japan, this model was displayed as a reference exhibit at Ham Fair 2019, held August 31-September 1, 2019, but in the U.S., this was the first time it was displayed due to the cancellation of the 2020 and 2021 Hamvention due to the Corona disaster.

Front and back panels of the IC-PW2 prototype on display.

The IC-PW2 is a full-power, full-duty HF + 50 MHz band linear amplifier that uses 65 V LDMOS for the final amplifier and can provide a generous 1 kW output power even for long duration of transmission. The size is the same as that of the company's HF + 50MHz fixed radio "IC-7851." 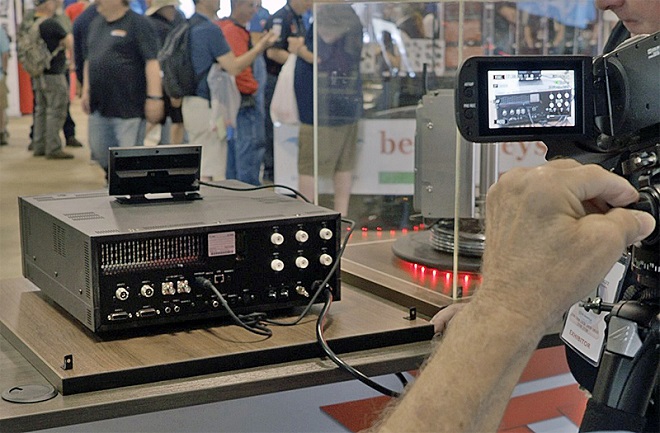 IC-PW2 prototype being videoed by the media at Hamvention 2022

The front panel controller (W166 x H89 mm) has a 4.3-inch color Touch Screen LCD display, is designed to be easily detached from the main unit, and comes with a 3 meter long remote cable. Inside is an automatic antenna tuner with mechanical relays. It is also equipped with an antenna selector that allows connection of two exciters, six antennas, and supports SO2R (Single Operator two Radios) with a single unit. 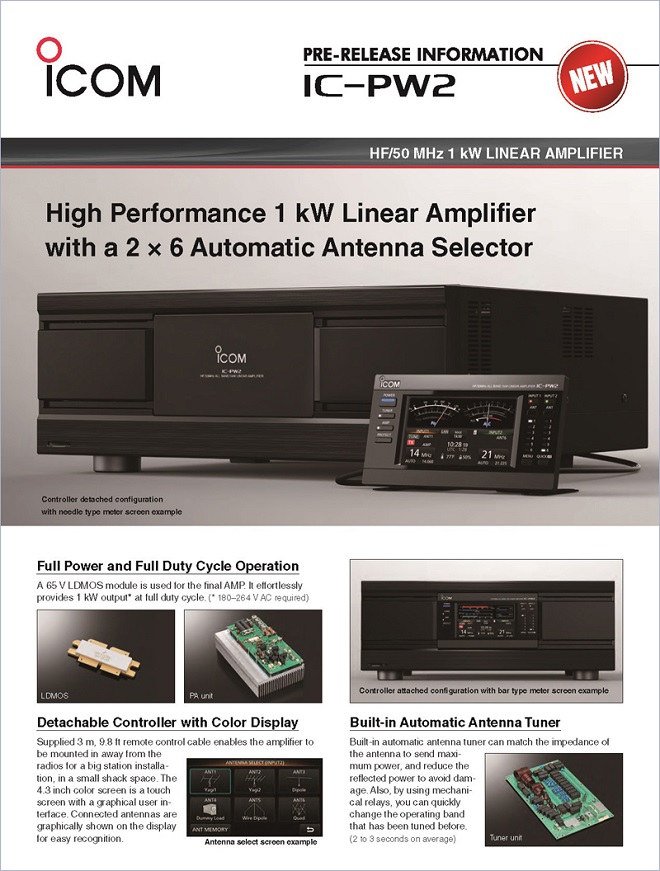 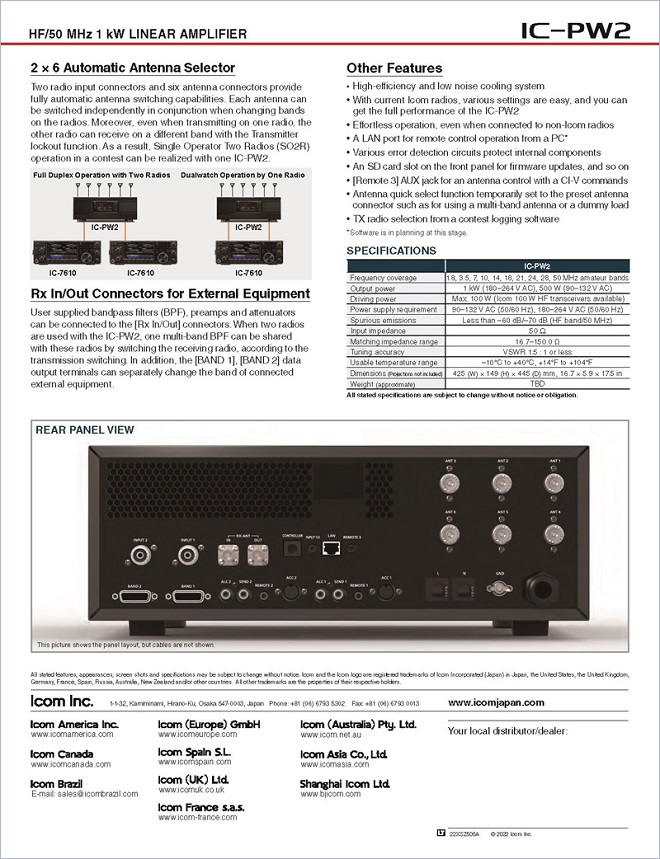 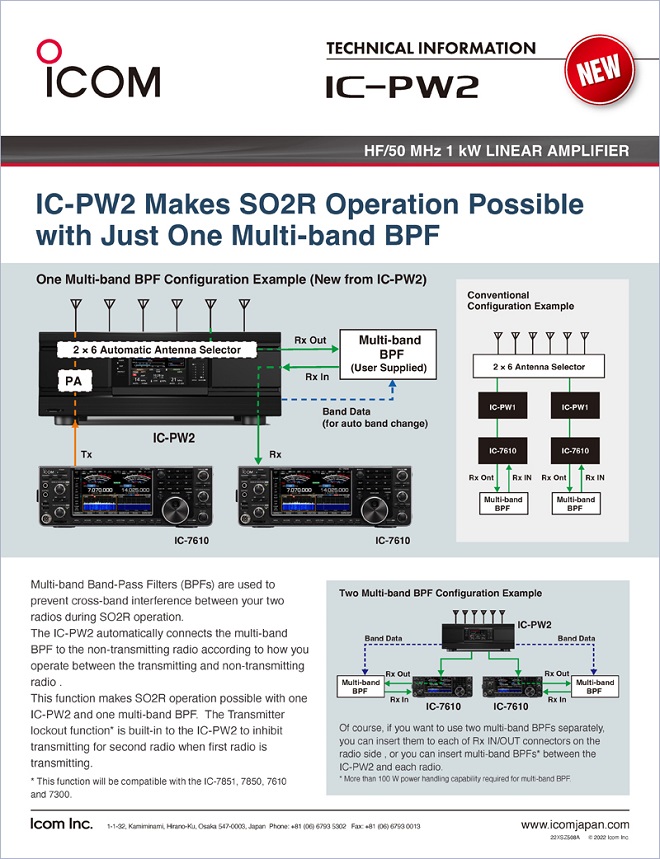 With propagation conditions currently on the rise in Cycle 25, the new IC-PW2 linear amplifier is one that is eagerly awaited to be available for sale.