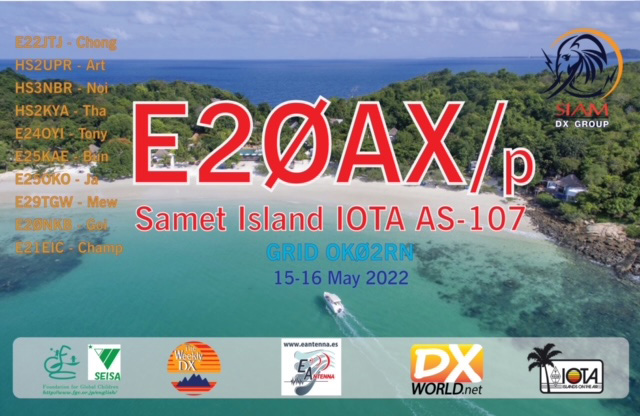 After the successful activation of Chang Island (AS-125) back in December 2021, E20AX/p had originally planned to travel to Samet Island in January 2022. That trip was unfortunately delayed because of Omicron variant outbreak on the island. 4 months later however, the project was back on track again and the activation of Samet Island took off on 15-16th May 2022. 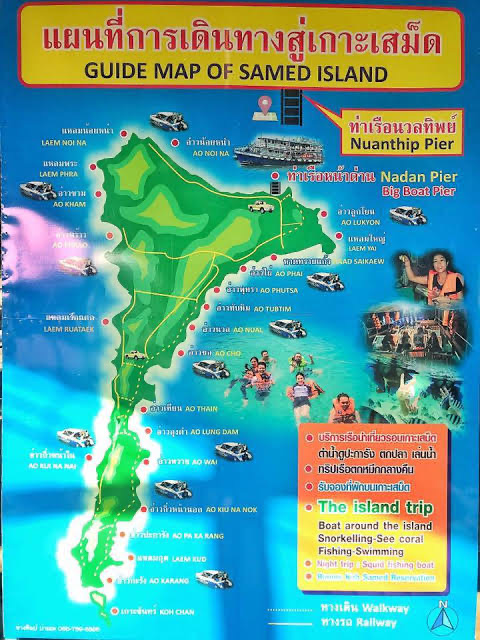 Figure 1. Map of Samet Island showing all the different piers. E20AX/p was activating from Ao Lung Dum on the East coast

Samet Island is located 6.5km away from the coastline of Rayong Province and about 220km away from Bangkok. 80% of the island 13.1 sq.km is covered in lush green forests, especially the “Samet” trees (aka Cajeput or Paper Bark) hence the name of the island, but despite this, the Island is one of the driest archipelagos in Thailand and therefore must import all of its freshwater from the mainland. Overnight stay on the Island was prohibited until 1981. Now, most of the island is under the protection of Khao Laem Ya-Mu Ko Samet National Park, and serves as a popular weekend getaway for residents in Bangkok and backpackers. 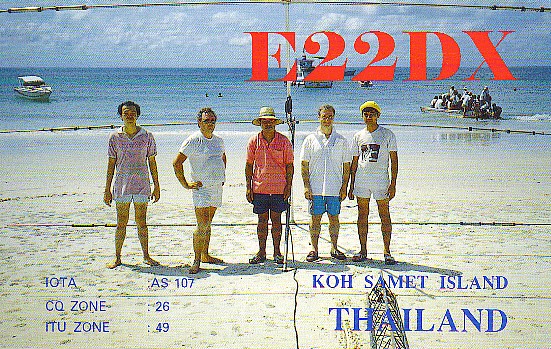 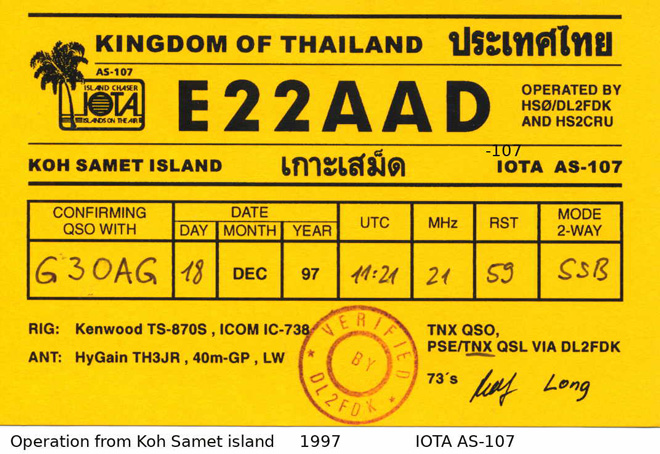 Samet Island belongs to IOTA’s “Gulf of Thailand North” group AS-107 which also includes Kram, Lan, Pai and Si Chang Islands, and is the only IOTA group in Thailand that requires validation before the operation can begin. E20AX/p chose Samet Island because activation from this island has not been very common with a few memorable ones being E22DX in 1993 (Ops E20KEW, HS0ZDY, HS1CDX, HS0ZDZ, HS7AHV) and E22AAD in 1997 (Ops HS2CRU, HS0ZET). We submitted our intention to RSGB IOTA and received the green light from Roger Balister G3KMA, Charles Wilmott MØOXO, and Cezar Trifu VE3LYC on 8th May 2022. 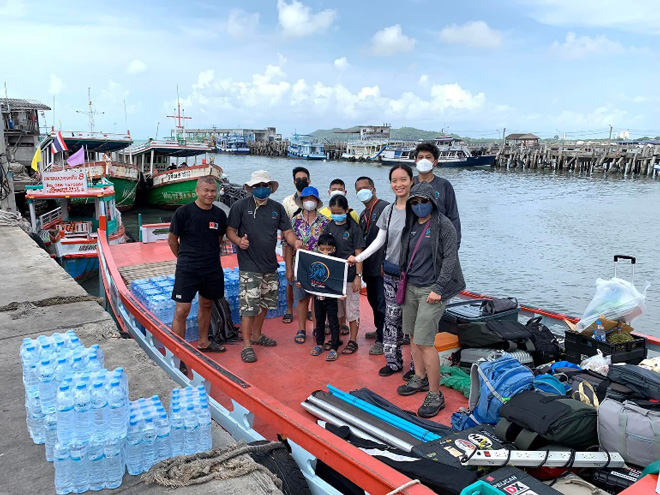 Figure 4. E20AX/p with all the gears on deck as we ready ourselves for the 30-mins journey from Ban Phe Pier in Rayong to Samet Island. Note the durian in the background 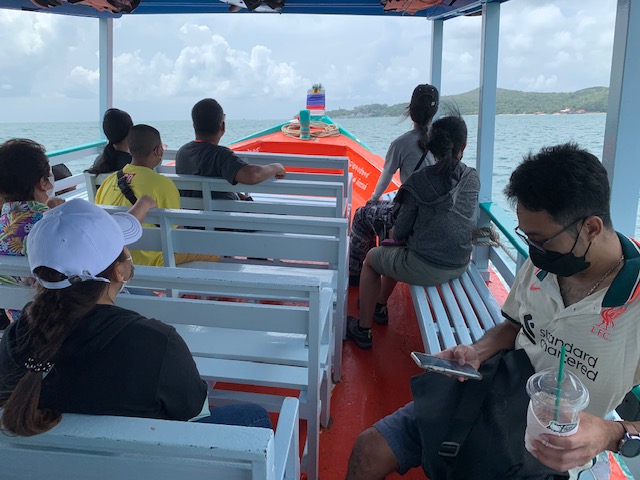 Figure 5. Outward view from the boat as E20AX/p heads towards Samet Island visible in the distance

Our crews consisted of E22JTJ, HS2UPR, E25OKO, E29TGW, E25KAE, E24OYI, HS2KYA, HS3NBR, E2ØNKB, and E21EIC as Team Leader. E22JTJ in particularhelped co-ordinate all the logistics and accommodation on the island before our arrival. The team met up at Ban Phe Pier located in Rayong on Sun 16th May 2022 at 10am and chartered a private boat to take us across along with all our gears. The journey across the open water took just 30 minutes and we reached the operating site by 12pm. We began by installing the Antenna, Hex beam at 8mH for 20-10m bands, followed by ground plane verticals on 30m and 40m, and lastly a VDA on 12m. We operated 3 stations simultaneously using ICOM IC-7300 and Tokyo Hy-Power HL-1.2KFX, with Low Band System PerfoBox PentaPlexer II 1500W 20-17-15-12-10m as combiners capable of 1500W each. 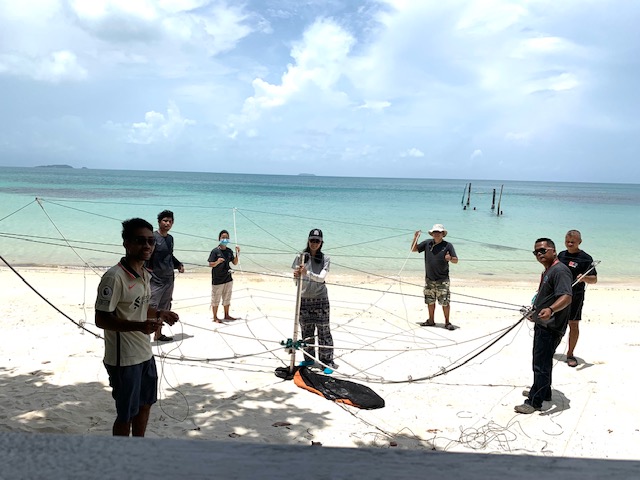 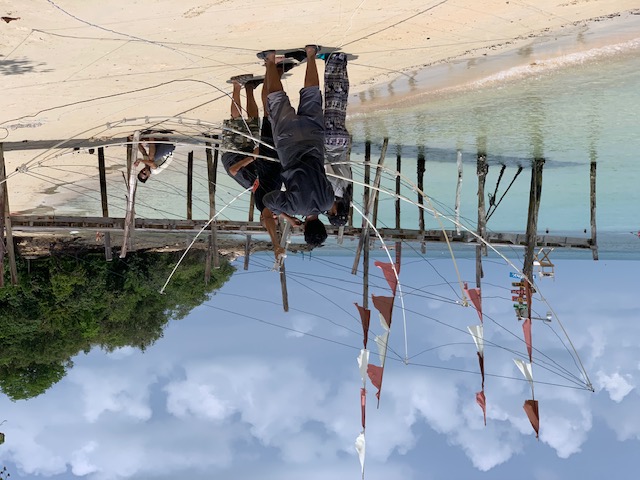 Figure 7. E20AX/p connecting the coaxial cable to the Hex beam 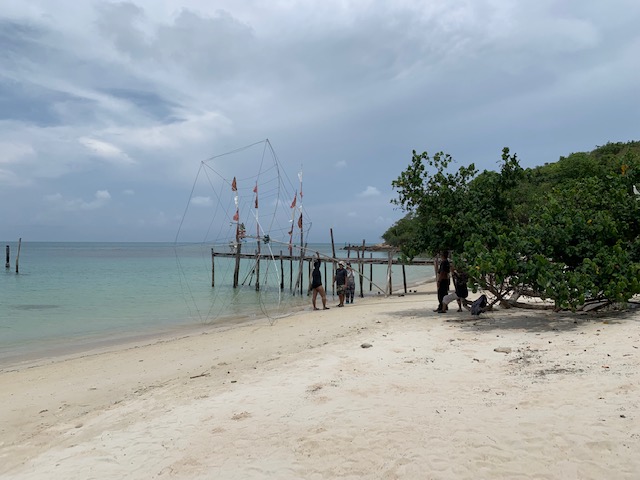 Figure 8. E20AX/p getting ready to hoist the Hex beam up 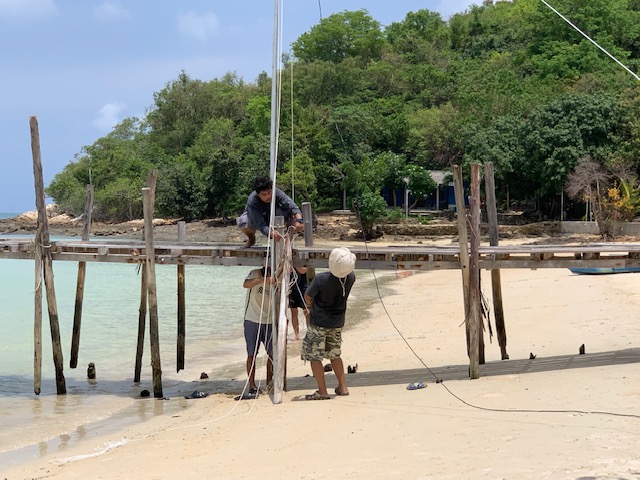 Figure 9. E20AX/p securing the Hex beam to the pier structure with ropes and guy wires

E20AX/p started QRV on 15th May 2022 at 0657z and JI2LYR came back straight away on FT8 15m band. The weather could not have been better on the first day with sunshine and few clouds. Our location had a slight disadvantage in the EU direction due to land elevation but could be overcome. The operation took off smoothly with E20AX/p logging over 2000Qs on digital, CW and SSB modes during the first 24 hours. 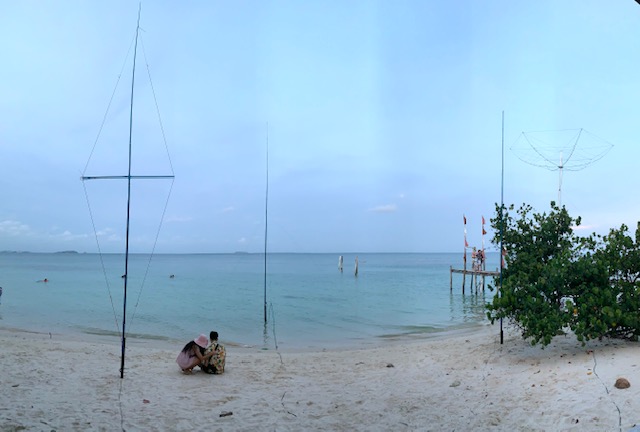 On 16th May 2022, our second day of the operation, 15-year-old “Jaja” E25OKO took control of the radio on SSB 15m band working many JA stations in the early afternoon. We soon spotted big clouds from a distance, and by 1510z we had to cease operation for 6 hours as rain and thunders hammered down on the island. Our spirits were not hampered however as E22JTJ fired us all up again with 2 large Hawaiian and pepperoni pizzas and we were back on-the-air by 2120z for the graveyard shifts. 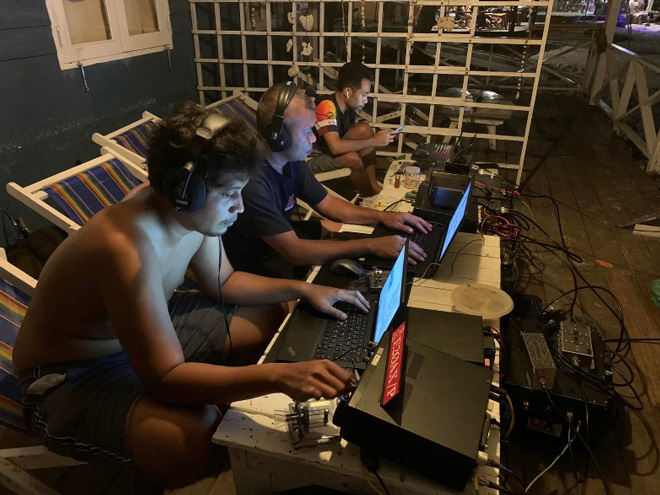 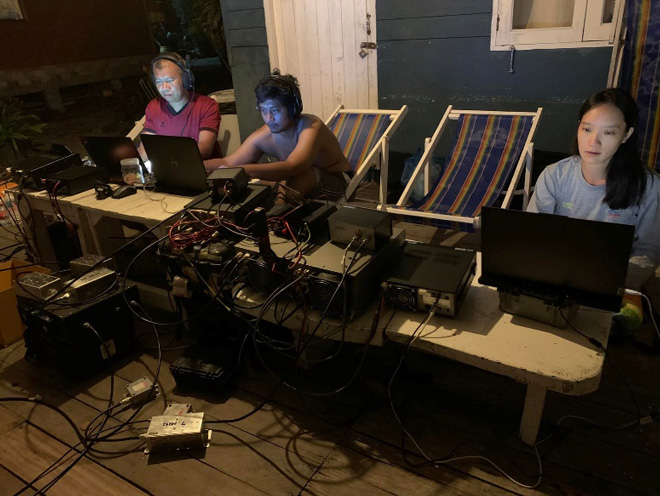 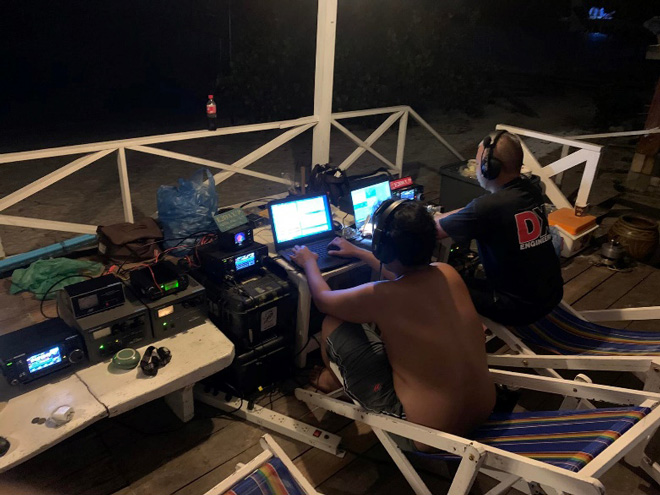 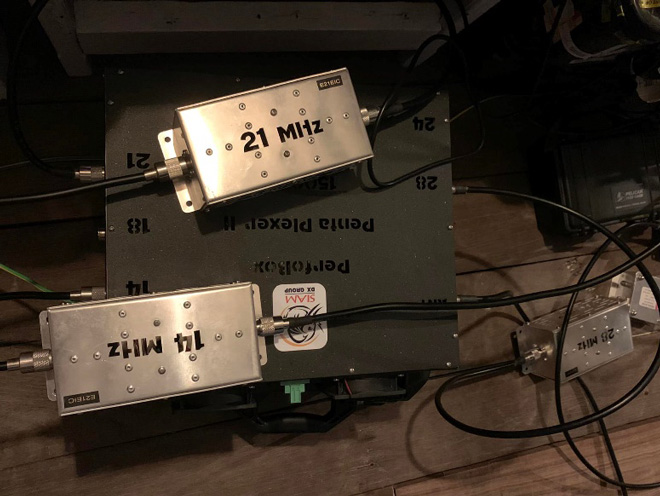 On the morning of 17th May 2022, we tried to snagged a few more QSOs as other team members began to pack up with the last QSO on CW being JA1KZP on 17m, and on FT8 JA1PBV on15m at 0219z. We dismantled the Hex beam and antennas by 10am and by noon we have left the island. Following in the footstep of Don Miller, we did not forget to send out some QSL and postcards to a small number of HAMs from Samet Island including one for Uncle Martti, OH2BH who worked us on 2 bands. 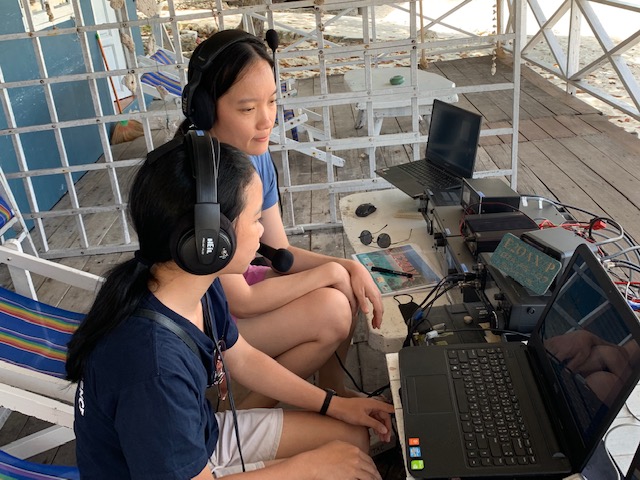 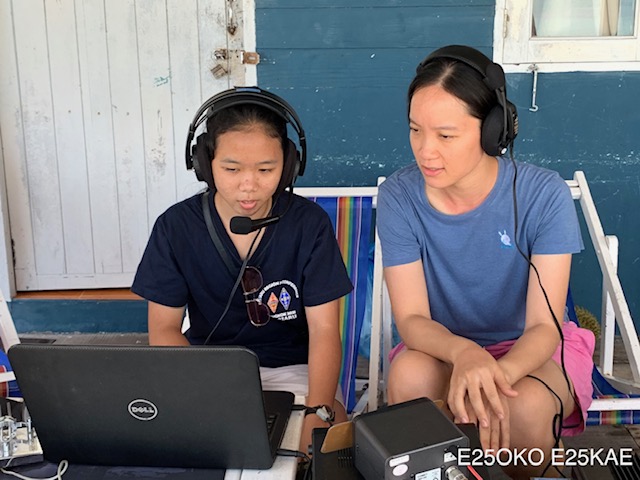 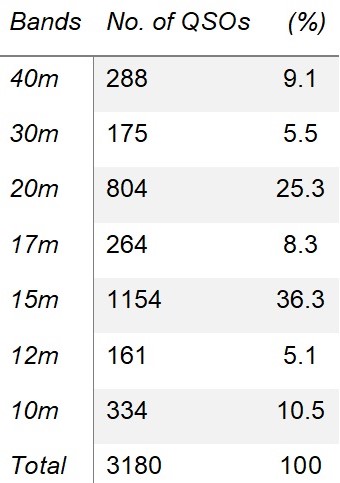 Figure 17. The breakdown of all QSOs across different bands from 10-40m 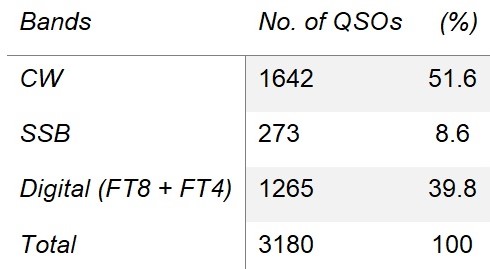 Figure 18. The breakdown of all QSOs across different modes including CW, SSB and Digital. 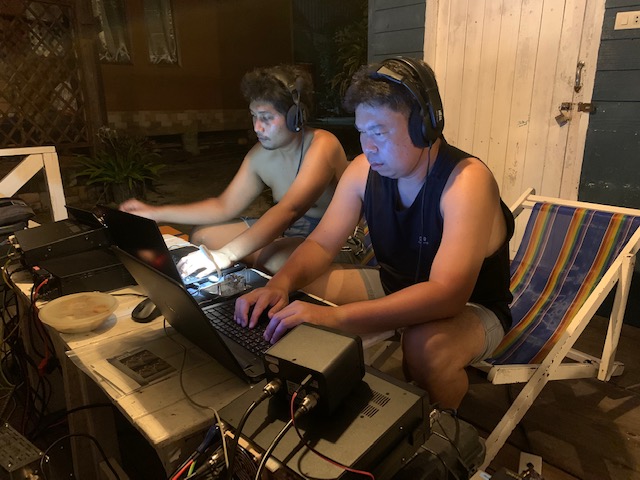 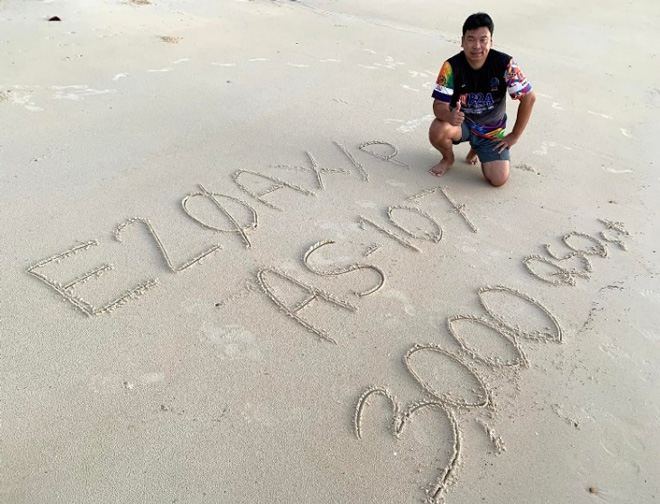 Figure 20. Champ E21EIC concluding the Samet Island (AS-107) activation by E20AX/p nicely with writings in the sand thanking everybody for the 3,000 QSOs+

JA stations made up 45% of our total QSOs, with honorary mentions to JA8KMA, JK1KSB and JA0DAI for making 10 contacts or more with E20AX/p - Arigato Gozaimasu! The highest numbers of QSOs across different modes and bands with E20AX/p worldwide belonged to 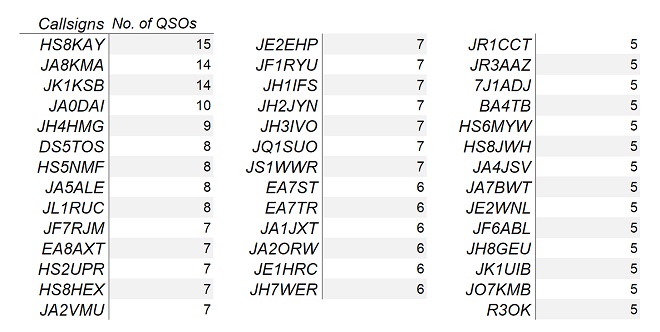 Figure 21. HAM stations with the highest number of QSOs with E20AX/p on Samet Island (AS-107) across different modes and bands. 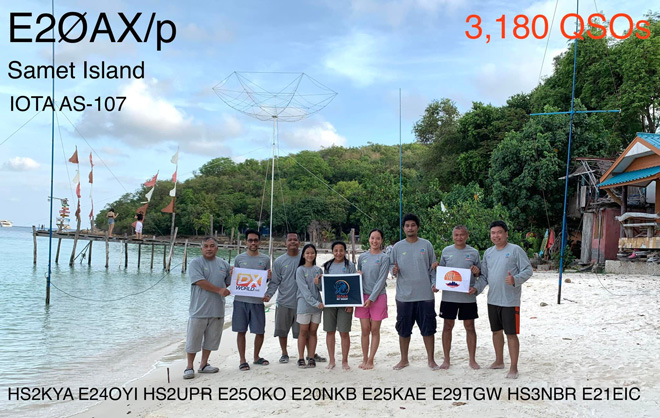 Overall, our trip was a success, and we were lucky this time round to have HS3NBR joined us as he was the constant source of strength on CW. We would like to thank all those who made the contacts with us. QSL cards for all QSOs made with E20AX/p on Samet Island (AS-107) will automatically be sent to all via the bureau – as long as you are a member of your bureau of course. 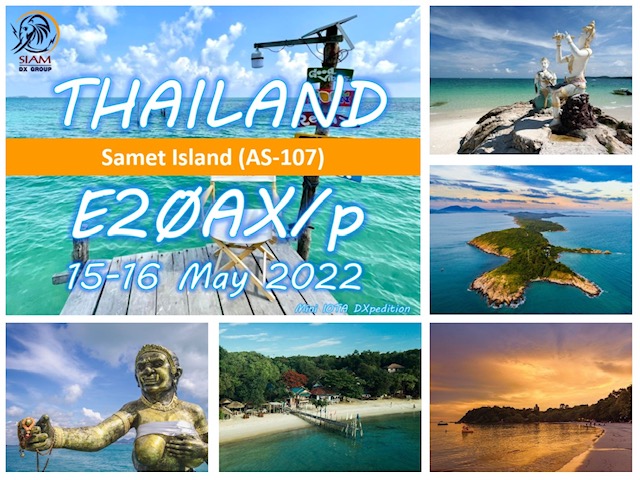 Figure 23. Some highlights of Samet Island

On a side note, QSL cards for E20AX/p activation of Chang Island (AS-125) in December 2021 have all been sent out already.