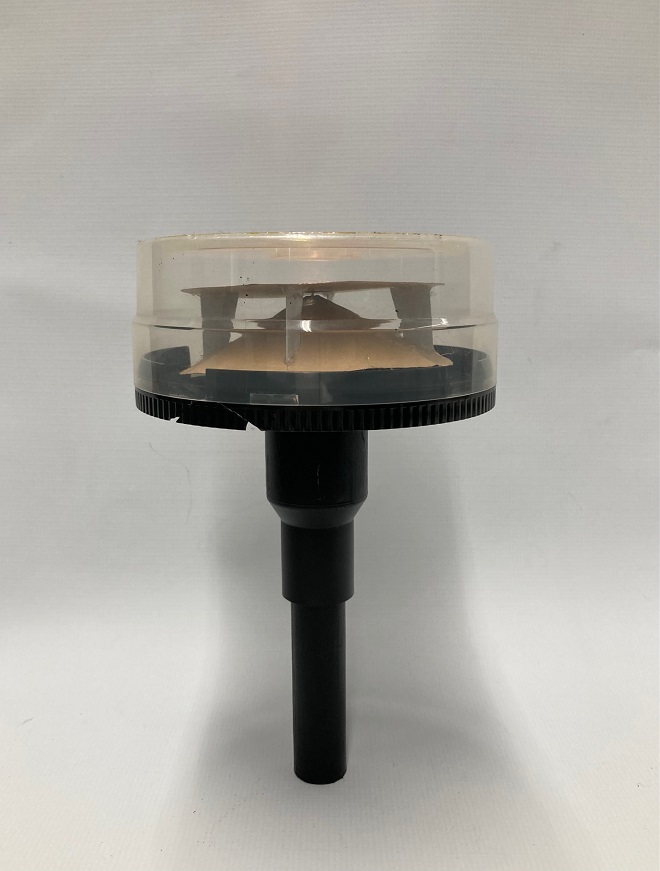 In the previous issue, I built a Biconical antenna using a LiteVNA (Vector Network Analyzer). Although I have not yet conducted any actual communications with this antenna, I again challenged myself to build a Discone antenna for on-air use in the SHF (Super High Frequency) band in the near future. This antenna also has an ultra-wide bandwidth like the Biconical antenna, and it is suitable for the SHF band, which has a wide bandwidth.

What is a Discone Antenna? 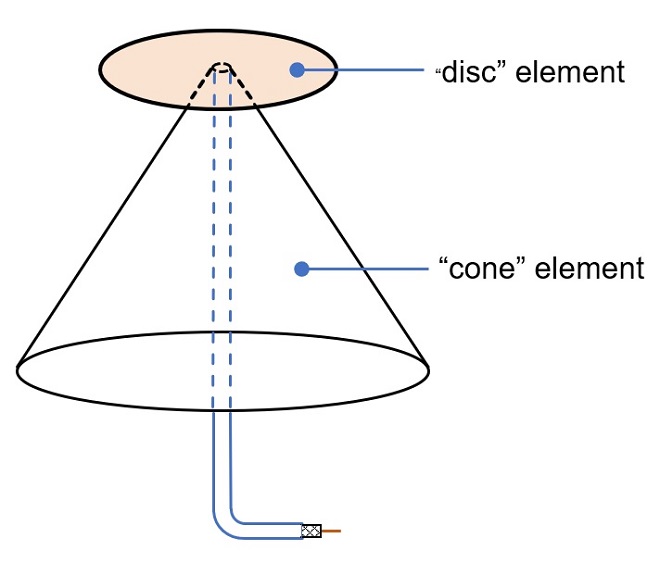 A book I have explains that the dimensions of the Discone antenna are determined by the lowest operating frequency. The length of the cone sides should generally be at least 1/4 wavelength above the lowest operating frequency. In this way, the input impedance characteristics are almost constant over a factor of 8 or more times the frequency, and ultra-wideband characteristics can be obtained.

Specifications should be determined in the beginning. The center frequency of the antenna is set to 5.7 GHz, and the minimum operating frequency is set to 2.4 GHz (2400 MHz). According to the theory, the input impedance is almost constant up to 8 times the minimum frequency, so if all goes well, I may be able to use the antenna up to 19 GHz, which is 8 times the frequency band of 2.4 GHz. I will check this later as well.

It pains me to explain the result at the planning stage, but when I built the antenna with these dimensions, the SWR did not decrease over the wide bandwidth, and unfortunately, the result did not match the theoretical one.

In the end, after cut-and-try, I lengthened the length of the cone side (L) to about twice the calculated value, and after devising the distance between the disk and the cone, and so on, I set L = 68 mm, and as shown in Figure 4, the characteristics became constant over a very wide bandwidth. Therefore, I will proceed with the fabrication of this antenna based on actual measurements.

First, a copper plate and sheet are prepared like the biconical antenna fabricated in the previous issue. In this antenna, the copper plate used for the disk part of the upper element is 0.3 mm thick, and for the cone part of the lower element, a 0.1 mm thick copper sheet was used for ease of fabrication. The dimensions of each element are shown in Figure 2. 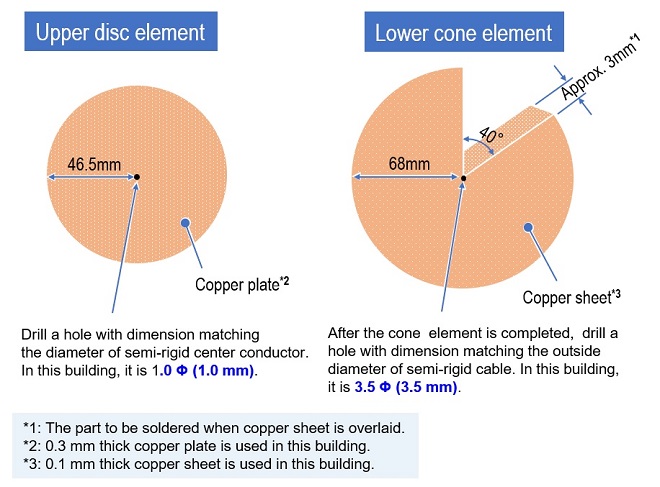 Figure 2. Dimensions of each element 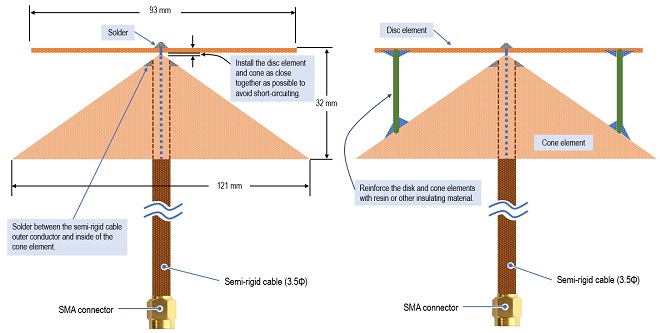 Characteristics of the completed antenna

The measured data is shown in Figure 4. In the image, “Start” is 1 GHz, “Stop” is 16 GHz, and the width of 15 GHz is shown. The antenna was fabricated for a lowest operating frequency of 2.4 GHz, but Since the edge length L of the cone is longer than the calculated value, both return loss and SWR characteristics are low from 1 GHz to 16 GHz, and thus, sufficient usable characteristics have been obtained.

The measurement also confirms the statement that the input impedance characteristics are almost constant over a frequency ratio of 8 times or more by making the length L of the cone of the Discone antenna at least 1/4 wavelength of the lowest operating frequency.

Figure 5. Simple measurement of the launch angle of the Discone antenna

The completed Discone antenna is installed in a CD case, as shown in Figure 6. In this way, the antenna can be used as an all-weather antenna. The mast attached to the bottom of the CD case was made from a PVC pipe joint used for plumbing. After the antennas are installed in the case, the gaps are filled with adhesive to provide waterproofing.

I disassembled a used GPS antenna I found at a junk market and installed the antenna I made in it to make a full-fledged SHF antenna (Figure 7). I will report the results of the measurement and operation as soon as they are available.