Nipponbashi in Osaka, an electronic goods shopping area like Akihabara in Tokyo. I found a retro-style power meter at an amateur radio shop. It seemed that SWR can also be measured. Only the name "ham” is printed on the front panel, so it is not clear who made it. About 50 years ago, there was a company called ASAHI SEIKO in Japan, which is very similar model to the ME-IIB that was sold. I didn't know if it would work, but I decided to buy it anyway. I asked the owner, "How much is it?" But he said, "It's very old and I’m not sure that it works, so you don't need to pay any money." The point is, "Take it." I said that I would gladly pay, but he said it wasn’t necessary. I said “Ummm…” Finally, I decided to accept his offer. 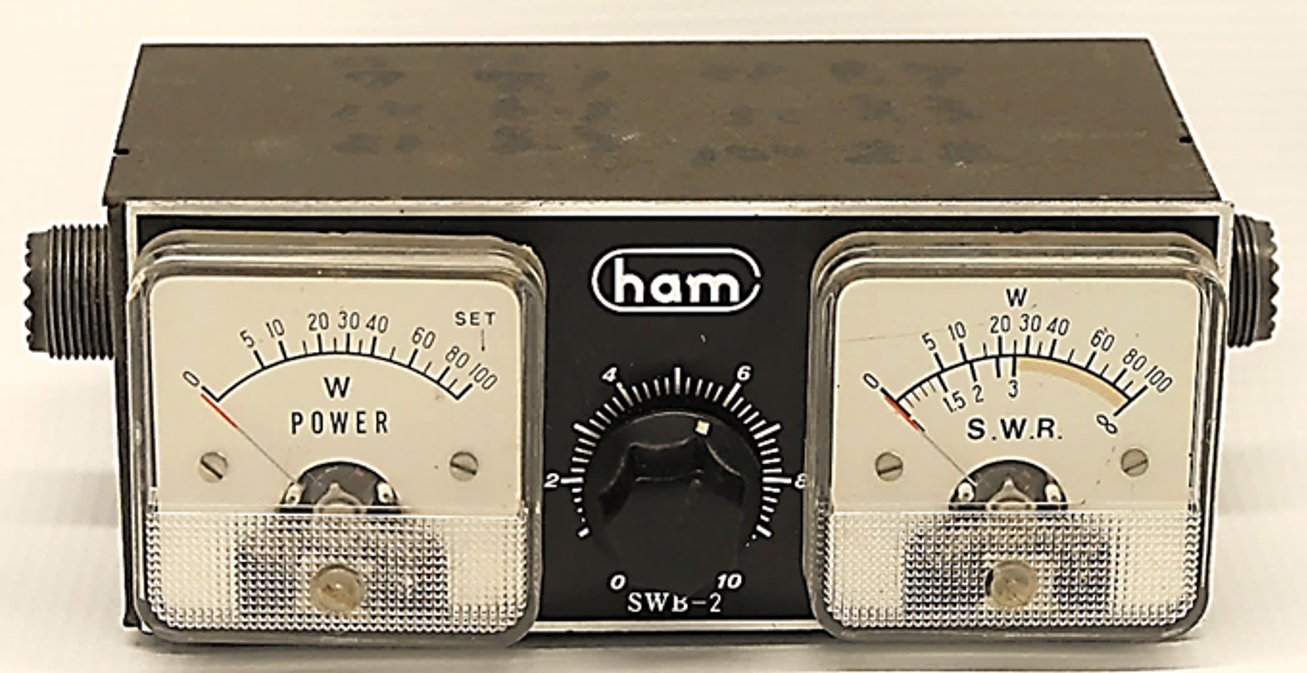 There are two main types of power meters. One is a terminated power meter, and the other is a through-line power meter. It is also called CM-type* power meter. Hereafter, I use the name “CM-type power meter.” The terminated type is used for accurate output measurement of transmitters and RF amplifiers, and the CM-type power meter is used for measuring forwarding (traveling) wave power and reflected wave power, and is inserted between the transmitter (or transceiver) and antenna. There is also a separate type of power meter that can measure relatively small RF power with high accuracy, but it is mainly used in research and development, so it will not be discussed here because it is not commonly used by amateur radio operators.
* See “4. About CM coupling” for details.

The terminated power meter has a non-inductive resistor whose resistance does not change value with frequency in the meter as a load. A small part of the power consumed by the load resistor is extracted, detected, and the power is indicated on the meter. In some cases, high frequency power is consumed by a thermocouple instead of a resistor, and the power consumption of the Joule heat is measured by the meter. To measure power with a terminated type power meter, the transmitter or transceiver is connected directly to the power meter, so the power cannot be measured during a QSO. 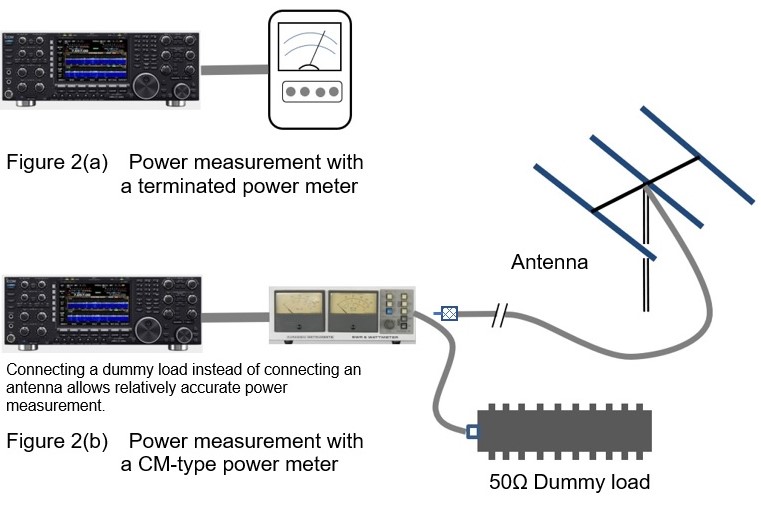 2. Principle of a CM-type power meter

I disassembled the meter brought back from the Nipponbashi store. Figures 3 (a) to (c) show the internal views of the meter.

When RF power passes through the center conductor, minute RF power is also induced in the pickup lines on both sides due to the CM coupling. The voltage for the forwarding wave power and the voltage for the reflected wave power induced by these pickup lines (two conductors) are detected by diodes, respectively, and the voltage is swung by a meter so that the power (W) and SWR can be known.

Figure 4. Internal circuit diagram drawn by looking at the real meter brought back from Nipponbashi

Figure 5. Chart for obtaining SWR values from forwarding and reflecting powers
(This chart is attached to BIRD 43 type power meter)

C of CM coupling is “Capacitive coupling.” M stands for “Mutual Inductance.” In this CM-type power meter, we cannot see the specific capacitors and coils, such as which is C and which is M, but a CM-coupled circuit that is electrically composed of C and M is built in. These are the center conductor shown in the photo in Figure 3(a), and the pickup lines at both ends.

Recently, due to the miniaturization and cost reduction of SWR meters, instead of a center conductor and pickup lines on both sides, a coil is wound around a toroidal core, and the coil detects the power of forward and reflected waves. Figure 6 below is an internal photo of a Kuranishi RW-2102L SWR/Power meter. The part of the coil surrounded by the dotted line is the CM coupling part.

Figure 6 shows the inside of the Kuranishi RW-2102L SWR/POWER METER (currently the company no longer exists). There is no center conductor mentioned above and no pickup lines at both ends, but the center conductor is made of a print pattern on the PCB, and the detection of the forward wave and reflected wave is detected by the CM coil with a coil wound on a toroidal core. The circuit diagram of this meter is also shown in Figure 7 for reference. 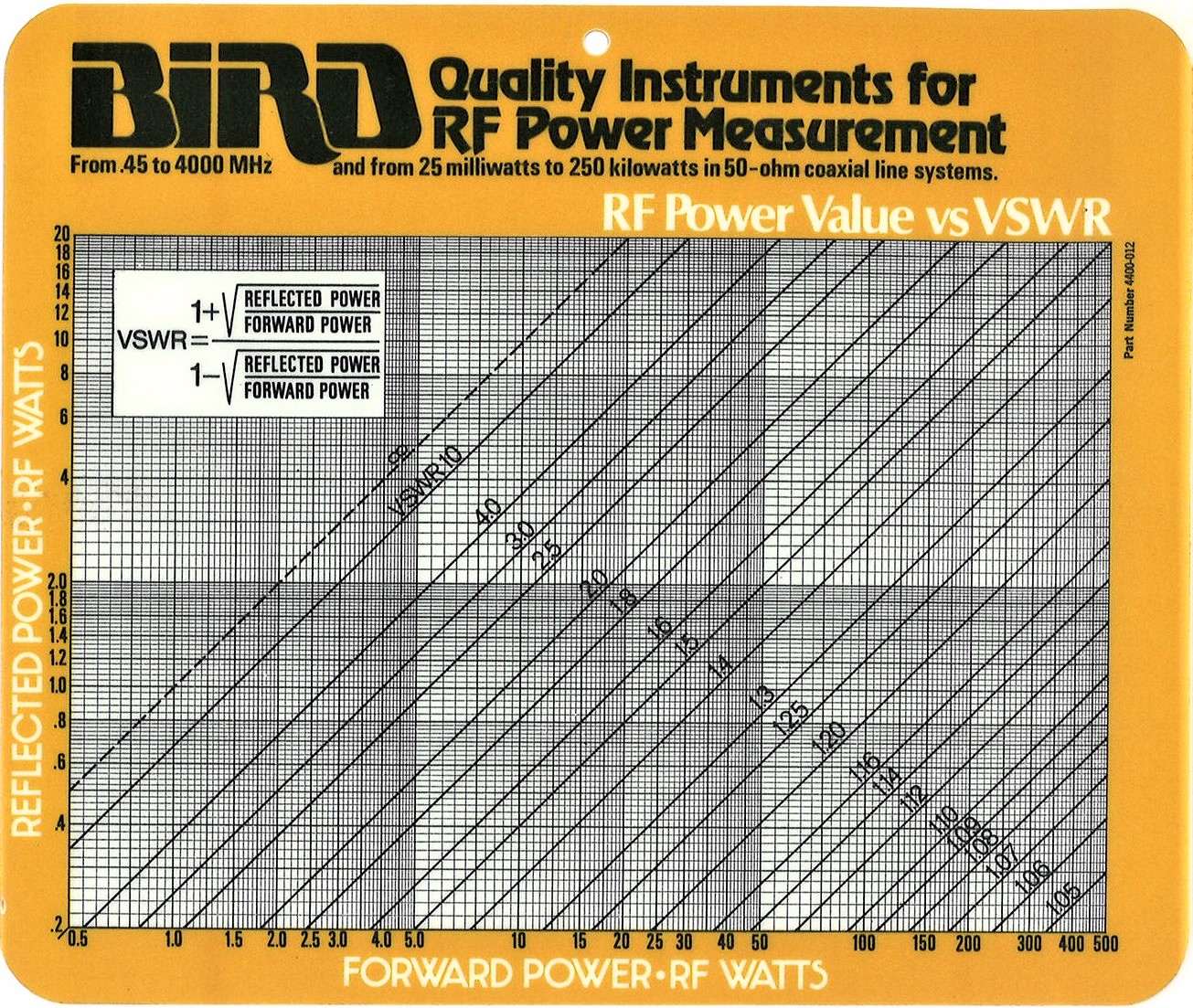