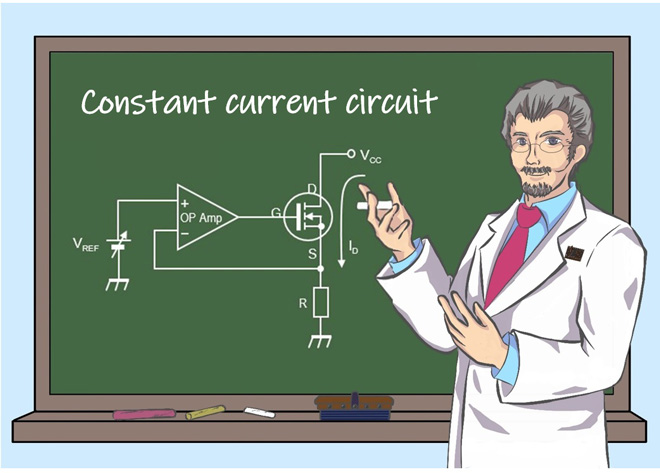 An article "Building a 20 Amp electronic DC load device using an N-channel MOSFET for the load” is published in the October issue of FB NEWS. An operational amplifier is used in the device for keeping the same current flow. The circuit is to enable a constant current to flow even if the voltage changes. According to Ohm's law, the current changes when the voltage changes, but by incorporating this circuit, the flowing current can be kept constant. There are various types of circuits that make up the constant current, but this time I will briefly explain it that uses an operational amplifier.

Figure 1 shows the circuit that controls the ID of the enhancement type MOSFET. In this circuit, the power supply voltage VCC is constant, and the VGS voltage is changed with R2 to control the ID. However, VCC may fluctuate for some reason. When VCC fluctuates, ID also fluctuates. A constant current circuit constantly monitors the ID and tries to make the ID electronically constant. The circuit in Figure 1 uses an N-channel MOSFET. The enhancement type of the N-channel MOSFET changes the ID according to the magnitude of VGS when VGS becomes a positive voltage, as shown in the graph below.

Figure 2 shows the circuit diagram of the 20A electronic DC load device. The red highlighted part makes up the constant current circuit. 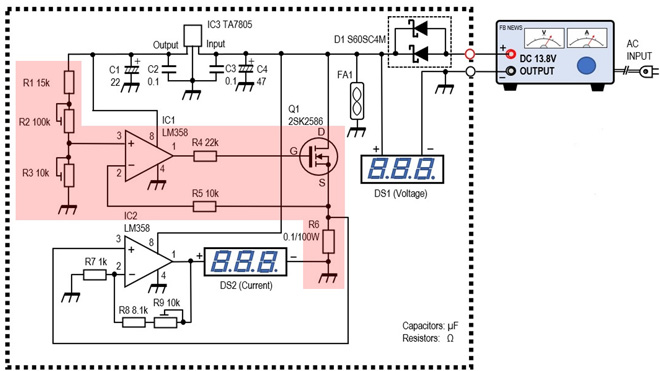 Figure 2. Circuit diagram of the 20A electronic DC load device

About the “Imaginary short circuit” of the operational amplifier 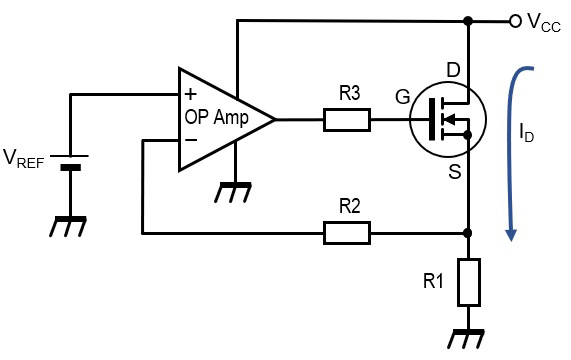 ID flows when a positive voltage VGS is applied to the gate of the MOSFET. When ID flows, the voltage shown in equation (1) occurs across the shunt resistor (R1).

It was stated that the ID is determined when VREF and R1 are determined from the relationship of equation (3). Here, Figure 5 below shows only the constant current circuit part extracted from the circuit diagram in Figure 2. 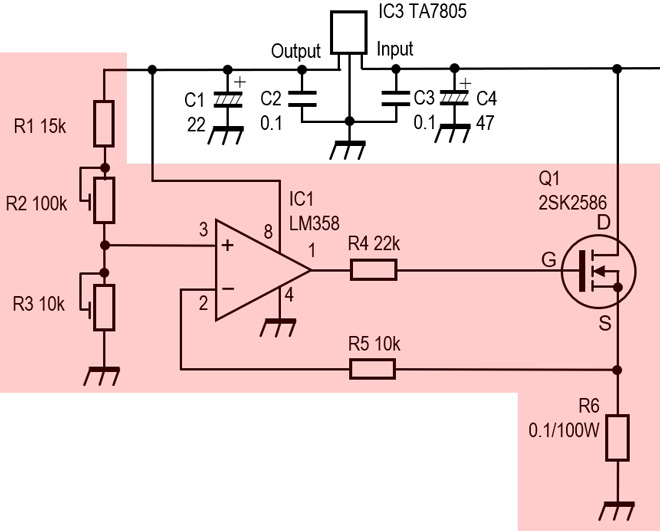 Figure 5. Constant current circuit of a 20A electronic load device

The specifications of this electronic DC load device are set so that a maximum of 20 A can flow. The shunt resistor (R6) inserted between the source and ground of the MOSFET is 0.1 Ω/100 W. For example, if this is 1 Ω, the voltage VR6 across R6 is:
VR6= 1Ω × 20 A = 20 V
This calculation comes from equation (1) above. If R1 in equation (3) is replaced with R6 in the actual circuit, VR6 = VREF. From this, the reference voltage is set to 20 V, and that voltage and 20 V of VR6 are input to the (+) terminal and (-) terminal of the operational amplifier, but this is higher than the power supply voltage of the circuit. It is not suitable for configuration.

As an aside, since the resistor value of R6 is 0.1 Ω and the maximum current flowing through that resistor is 20 A, the power consumed by that resistor is:
P = I2x R = 40 W.
Speaking of 40 W, it has the same amount of heat as a soldering iron. It goes without saying that a resistor or heat dissipation that can withstand this amount of heat is required.