What we are worry about when we amateurs install an antenna is SWR. If you talk to a local station, who is at a communication distance that may not be satisfactory with the antenna you installed, the local station will immediately come back with a reply saying "Did you check the SWR?"

The SWR of an antenna installed outdoors can be measured by connecting an SWR meter between the radio and the antenna, as shown in Figure 1. We know that the SWR meter should be connected to the antenna as close as possible when you measure SWR. Actually, we install it to near transceiver indoors.

During the last 20 years, antenna analyzers have become popular among amateur radio operators. Until recently, SWR measurement had generally used a through line type power meter that can measure SWR as shown in Figure 1, and I, Dr. FB, understood that this was the only way to measure SWR. The principle of SWR measurement is the same whether it is a through a line power meter or an antenna analyzer. The ratio of the voltage of the traveling wave from the transceiver to the antenna, and the voltage of the reflected wave returning from the antenna to the transceiver, is displayed on an analog meter or digitally.

In the case of a handheld transceiver, the antenna is directly connected to the transceiver. I think that it is possible to measure by connecting as shown in Figure 2 below, but unfortunately this cannot measure the SWR of the antenna. 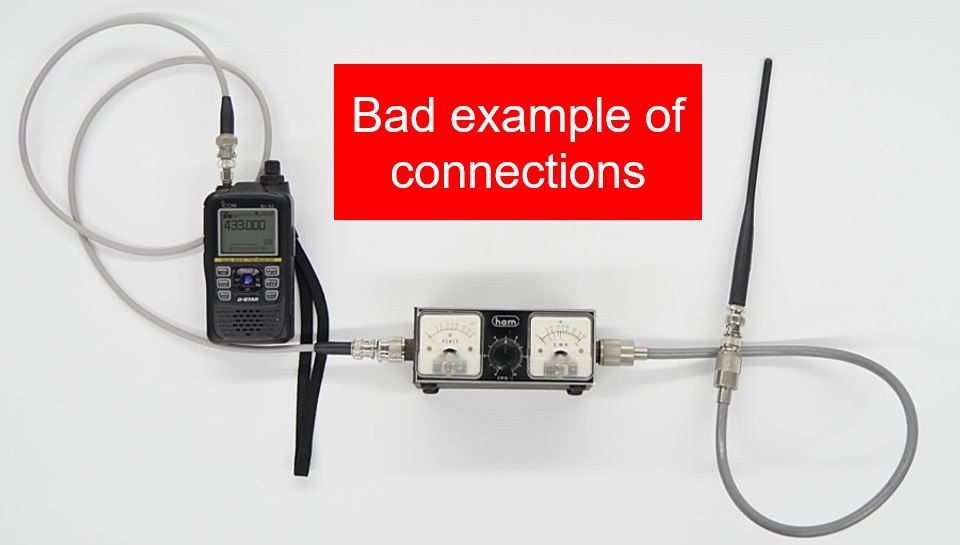 2. The antenna that comes with a handheld transceiver works as a vertical quarter wave ground antenna

The antenna is made from a piece of wire. Signals supplied to the antenna have a very high frequency, such as 144 MHz or 430 MHz, so the antenna element itself also has components of a coil (inductance) and capacitor (capacitance). And the inside chassis and antenna element also creates capacitance. When these are combined, the antenna and the transceiver chassis can be regarded as forming an equivalent circuit as shown in Figure 3. If the RLC circuit resonates at the operating frequency, all signals output from the transceiver are supplied to the antenna, and the SWR with no returned signals becomes the ideal antenna with an SWR of 1:1.

However, the SWR measurement shown in Figure 2 shows that the capacitance between the antenna element and the transceiver is extremely low because the antenna is not directly connected to the transceiver. In other words, the value of C between the antenna element and the chassis shown in Figure 3 is close to zero, so you can expect that the resonance frequency of the equivalent circuit will resonate far above 144MHz and 430MHz. 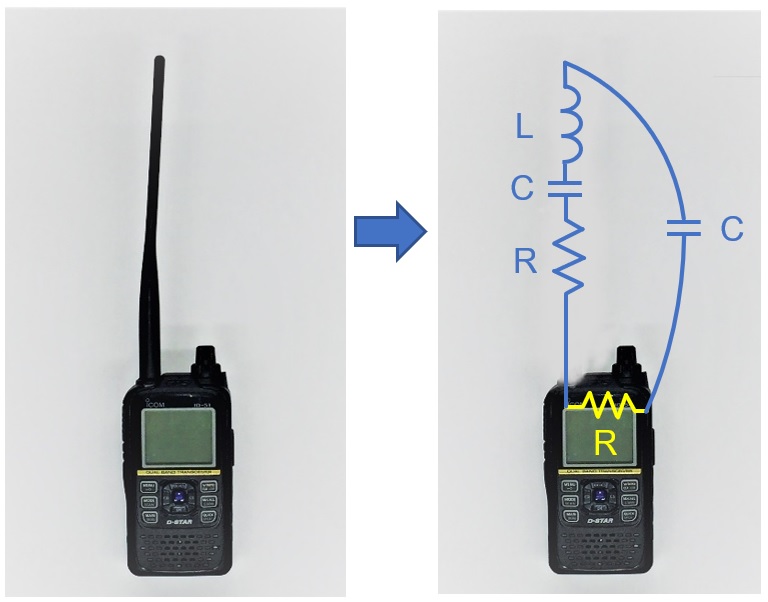 Then, a 1/2λ (half-wave) antenna that needs no ground is useful. Refer to the previous edition of this Technical Trivia by Dr. FB.

3. An idea of SWR measurement for an antenna of handheld transceiver

Dr. FB built a jig, as shown in Figure 5, using one ID-51 144/430MHz Dual Band transceiver. In this case, it doesn’t matter if the ID-51 works properly or is broken because we need only the ID-51 body and the inside chassis. In short, a coaxial cable is directly connected to the antenna connector. After connecting the coaxial cable directly to the antenna connector, it is important to reattach the shield plates removed during the modification, because these shield plates also work as a ground. 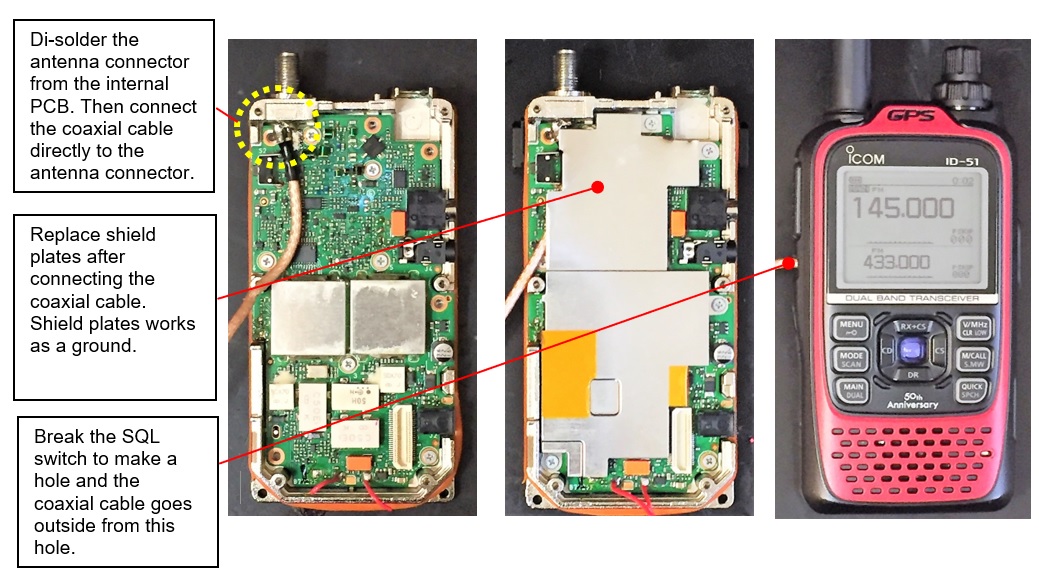 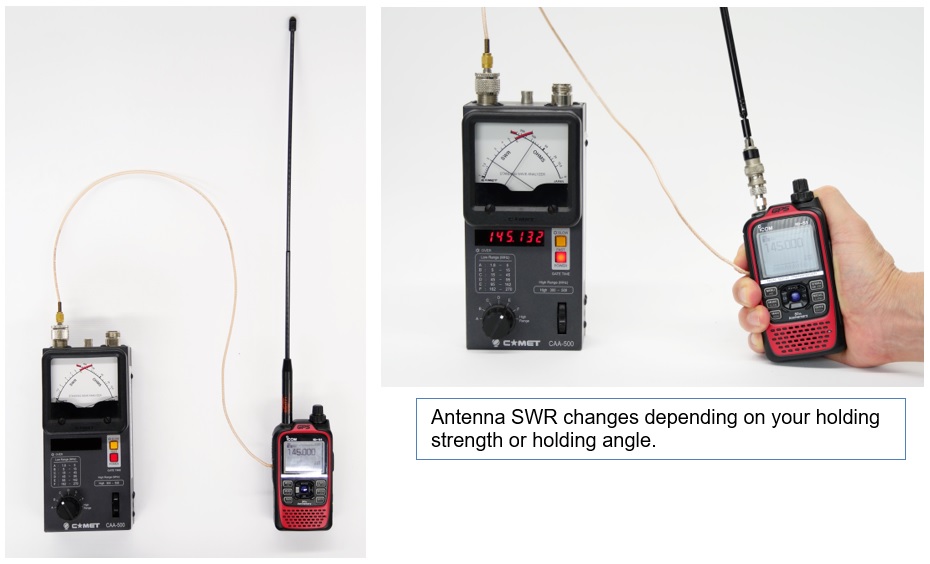 A 1/4λ antenna is short and easy to use, but grounding is important. However, 1/2λ antennas have the advantage of ignoring grounding, but the element is longer. Both have their pros and cons.

The antenna with the 400mm element length in Figure 8 has a VHF (1/4λ) and UHF (1/2λ) configuration. The measurement results will be reported in the next issue.
FBDX