Is “Made in Japan” alive? (UHF adapter again)

Japanese people are proud that “Made in Japan” is synonymous with high quality. A ham friend once said that the sensitivity would decrease when an L-type BNC adapter was used for the IC-705. So, in the November 2020 issue, I gathered up the L-type BNC adapters purchased at online shopping sites and at ham event booths, and introduced the internal structure using special tools.

I reintroduce the internal photos of some of the L-shaped BNC adapters introduced in theNovember 2020 issue. A spring is used at the joint part between the vertical and horizontal conductors of the L-type adapter, and if you magnify and observe that part, you can see rust-like adhesion on the contacts. This phenomenon cannot be immediately linked to reduced sensitivity, but I feel it is possible. 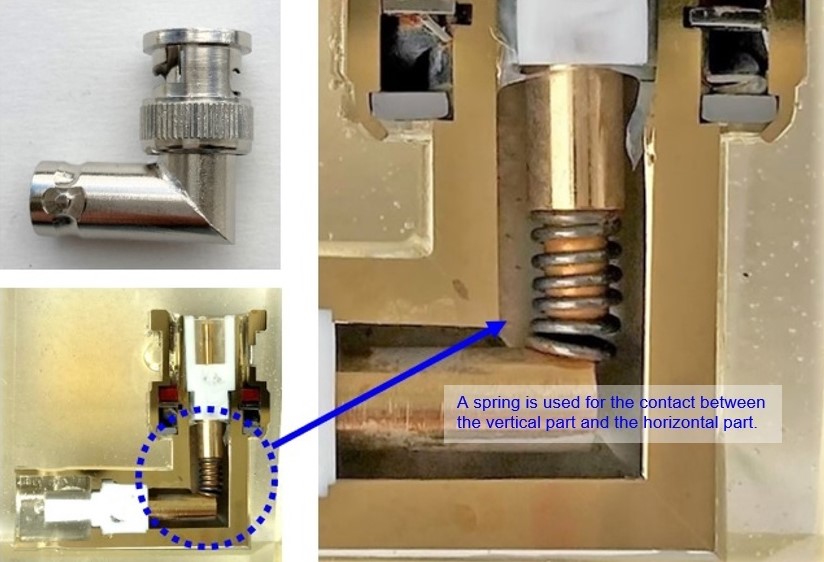 I understood that the conversion adapter is one of the precision parts, but I realized that such an internal structure could reduce the receive sensitivity. If this is an adapter used for measurement such as product development, it will be difficult to acquire accurate data and it will inevitably have a large impact on performance.

Thinking about that, I bought a Japan brand adapter and decided to shave the adapter and look inside. As a result, I will report the results of the check, whether it was "You too Brutus?" or "I'm proud of Made in Japan!"

Evaluation of the 6 conversion adapters

The adapter to be inspected were the L-type BNC conversion adapter, which is convenient to use for the IC-705, and the T-type adapter, which is used for distributing when stacking antennas. Neither adapter has an inlet and an outlet that are directly connected. Figure 2 shows an internal photograph of each adapter cut with a special tool. 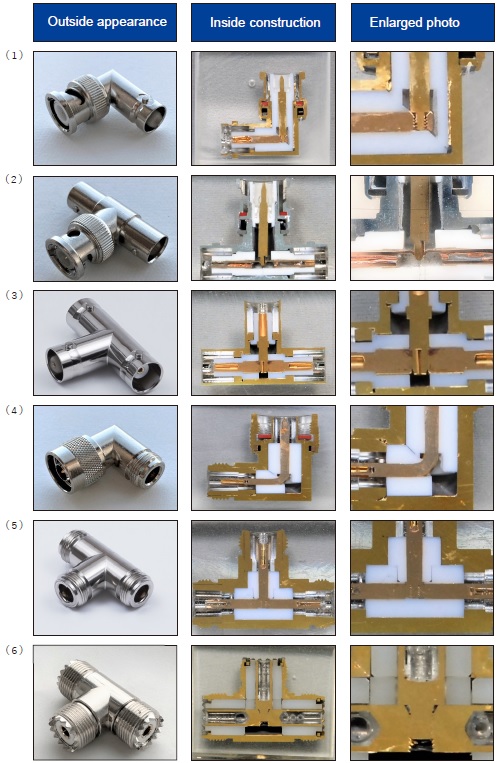 Figure 2. Internal photograph of 6 types of L-type and T-type adapters

Evaluation of 6 types of conversion adapter

The inside photos in the rightmost column of the table are a partial enlargement of the joints of each adapter. The most important part in this type of adapter is the point of contact between the vertical and horizontal parts.

A single conductor passes through the facing connectors in the T-type connector. Although it is not visible in the photo, I can see that the joint point between the conductors in the vertical and horizontal parts is not just a point contact, but the conductor at the tip of the vertical part is screwed into the conductor of the horizontal part. It happened that the T-type adapter broke this time, but at least this adapter was not a point contact as seen in some L-type BNC adapters, so it seems that there is no problem from the contact point of view.

Many hams are completely unaware that there is a difference in the performance of the adapters housed in metal. You would expect all connectors to carry signals normally from the entrance to the exit. However, after looking at the internal structure published in the November 2020 issue, I became suspicious. In that case, I was wondering if there was something with performance and structure such as "There is no problem with this adapter," and as I mentioned at the beginning, I decided to check the inside of the Japan brand adapter.

As a result, as shown in the photo in Figure 2, it was found that the internal contact parts of the Japan brand L-type and T-type adapters are not something to worry about. Looking at this Japan brand product, I was proud of "Made in Japan."