Looking at the IC-HM9 plug, both the speaker plug and the microphone plug are the same monaural plug. It seems that the speaker-microphone plug has changed from a monaural to a stereo type during the company's product development. It is interesting to note.

However, that any speaker-microphone can be used with either monaural or stereo type plugs. 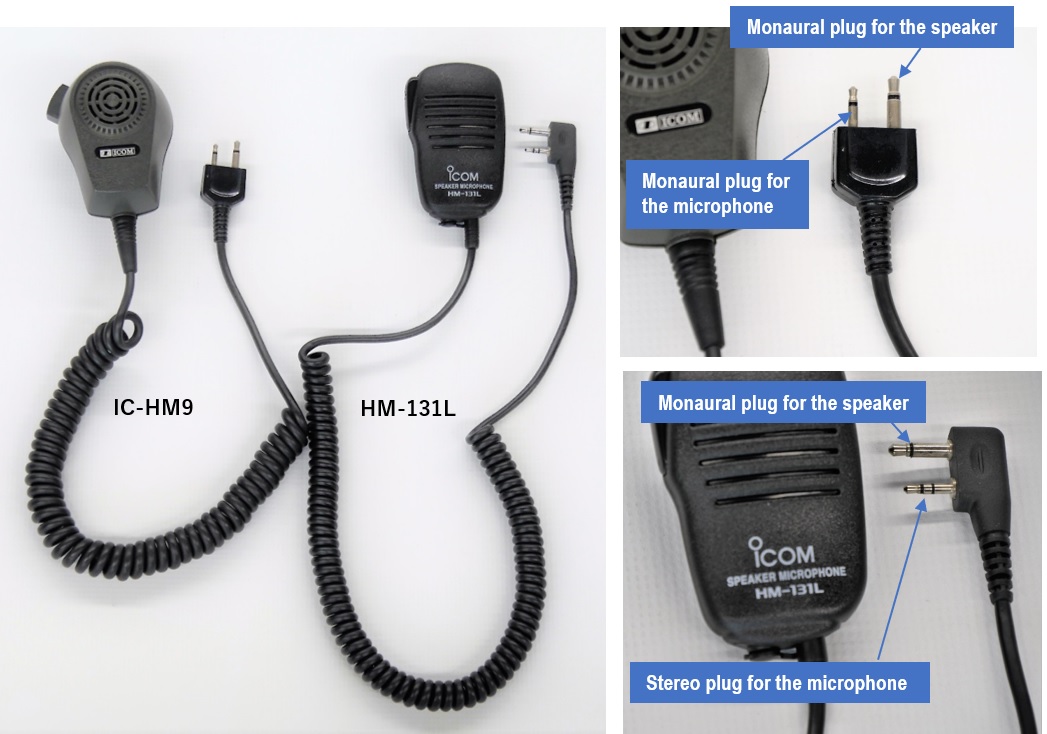 The mystery of working a microphone and PTT with two wires

Now I would like to explain the mechanism. The two types of speaker-microphones, such as the IC-HM9 and HM-131L listed above, have the following three functions.
(1) Speaker
(2) Microphone
(3) PTT (Push to Talk)

Normally, when trying to make two functions work independently, a total of three independent wires are required, one for each function, plus the wire for the common ground (GND). The schematic diagram is shown in Figure 2 below. However, in reality, there is only one monaural plug, so two wires are sufficient. 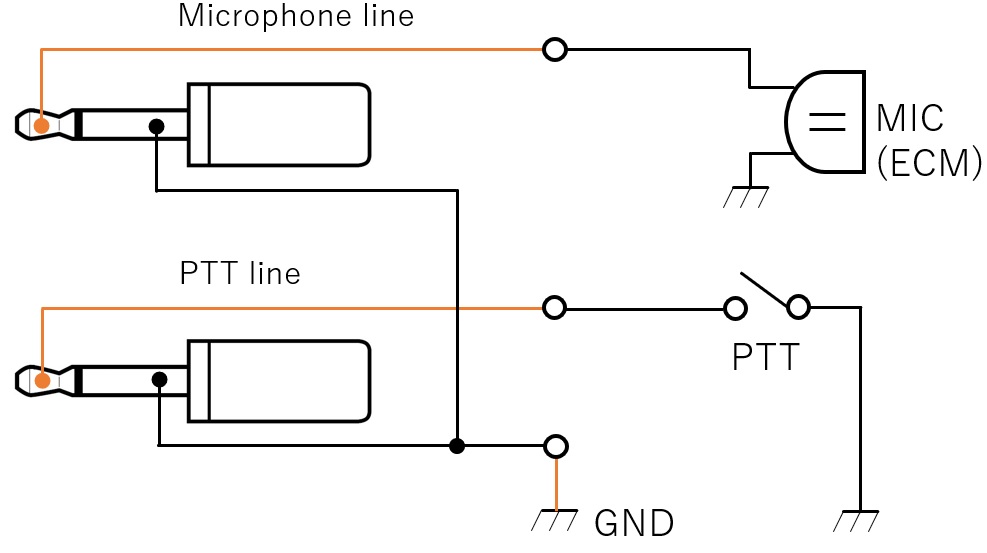 Figure. 2 Circuit diagram for independently operating the microphone and PTT

Drawing a circuit diagram with a disassembled IC-HM9

Figure. 3 shows the circuit diagram drawn with the disassembled IC-HM9. The speaker part drawn on the top is omitted, but the microphone and the PTT parts are still working with only two cables.

What is happening inside the radio, beyond the microphone plug

On the left of Figure 4 you can find the jack terminals labeled EXT MIC and EXT SP. Connect the speaker-microphone plug here. As you can see from the circuit of the IC-HM9 speaker-microphone, if you push the PTT button, the base of Q23 will be connected to GND through R55 and the 33kΩ resistor in the IC-HM9. Then Q23 turns ON, Q6 and Q8 also turn ON accordingly. Q6 outputs T5V (transmit 5V), and Q8 outputs the SEND signal (goes to ground). At the same time, the microphone signal generated by the IC-HM9 is fed to the microphone amplifier Q25 through C58.

In recent Icom handheld transceivers, the MIC plug is a stereo type, and the terminal in the middle outputs a voltage of 3 to 4V for other function purposes, depending on the model. This is a signal that is not related to transceiver transmission. For the transmission and microphone signals, there is no problem with the monaural type plug, as you can see from the explanation above.