RAST Annual General Meeting for year 2019 was organized on March 1, 2020 at Sena Place Hotel, SoiPhaholyothin 11, Phayathai, Bangkok. The meeting was held to to announce the annual results of operations and to elect a new board of directors of the association due to replace of the original members whose term has ended. The terms of the president and the association’s executive committee are 2 years. 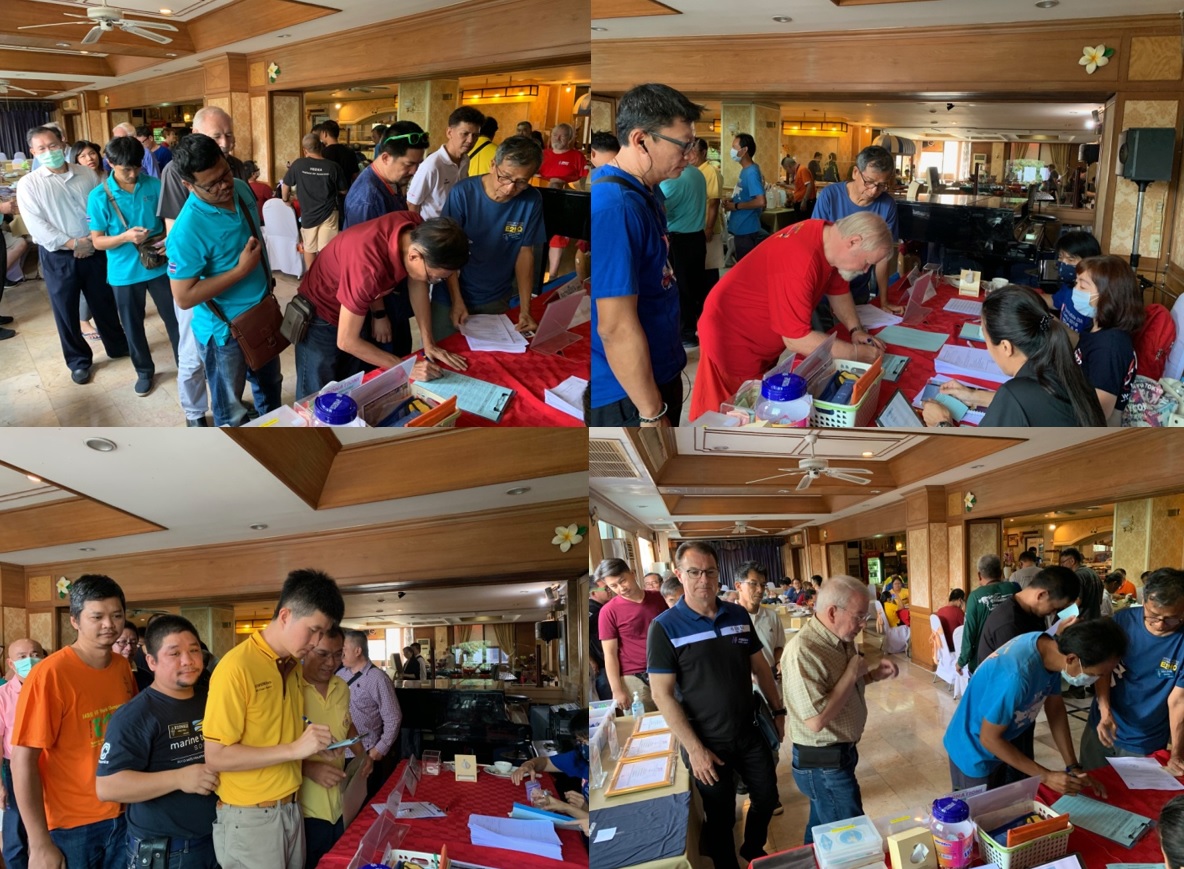 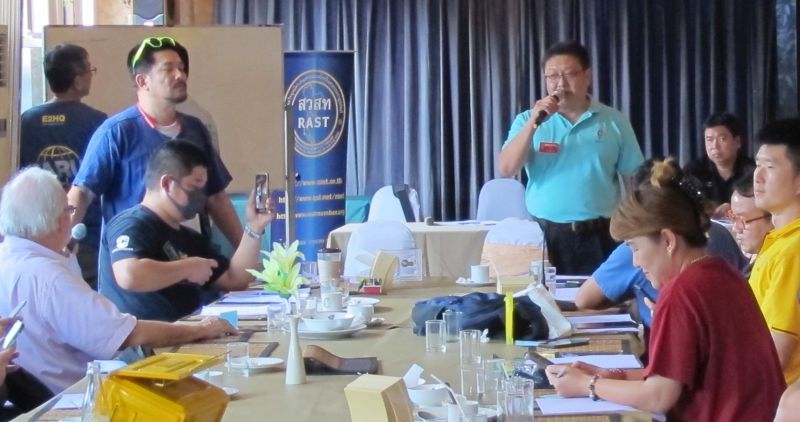 Annual General Meeting started at 12:30, and there was a registration to attend the meeting. After that Dr. Jack Hantongkom, HS1FVL (RAST President) announced the result of the year 2019, with important works including the following.

RAST members raise their hands to vote for a proposal during the RAST AGM meeting.

The votes for the RAST committee members 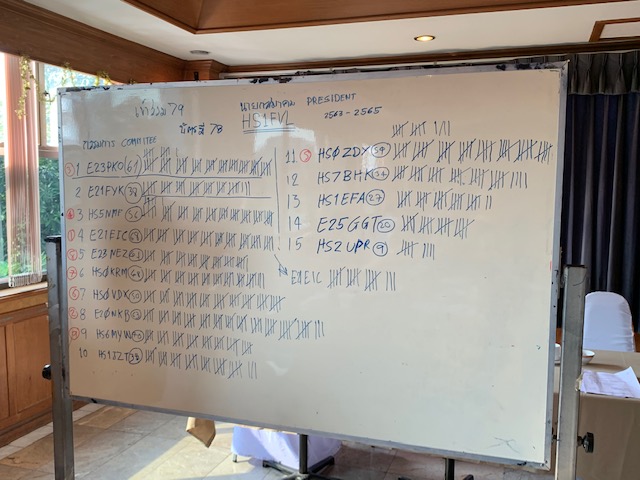 The vote tallies for the 15 names nominated for committee members of RAST after the votes. 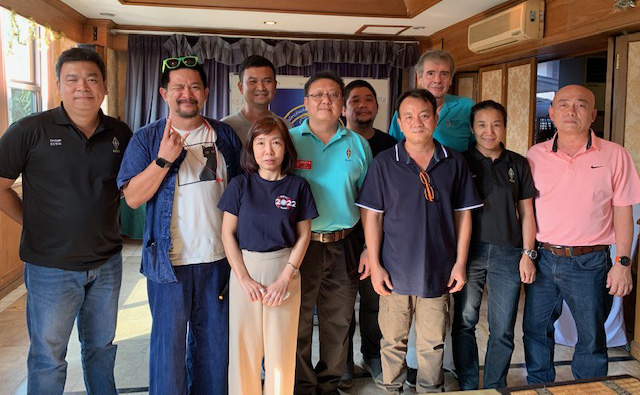 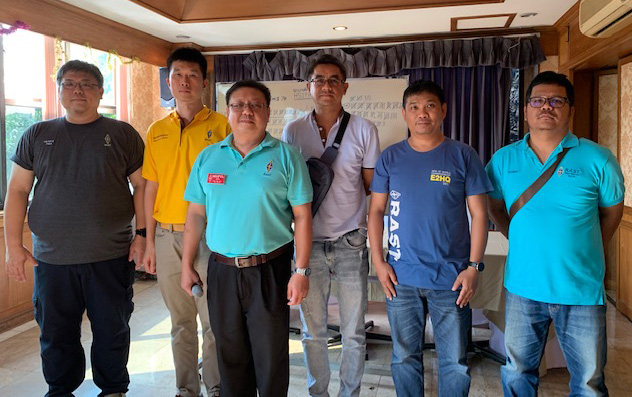 The Radio Amateur Society of Thailand under the Royal Patronage of His Majesty the King (RAST) has cancelled the next monthly meeting at Sena Place Hotel that had been scheduled on April 5, 2020 because of concerns over the COVID-19 Coronavirus, and to comply with requests to avoid holding public meetings for the time being.

We would like to advise all members that the Youngsters On The Air (YOTA 2020) scheduled to be held in Rayong from October 1-3, 2020, has been postponed to a later date this year due to concerns over the rapid spreading of the COVID-19 Coronavirus.

We are extremely sorry for any inconvenience that the cancellation and postponement may cause for members. We would also like to remind everyone that amateur radio is a great hobby because we can operate our radios and communicate with one another without having to leave our homes. 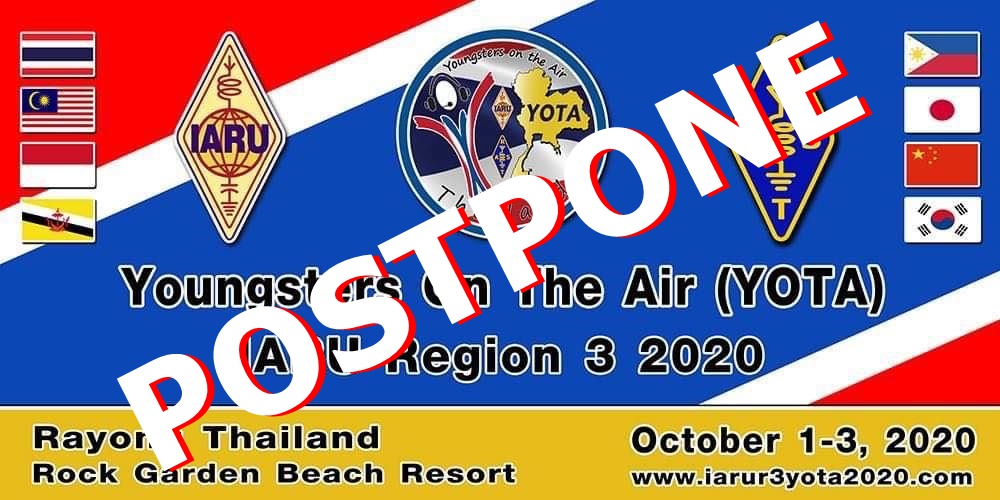