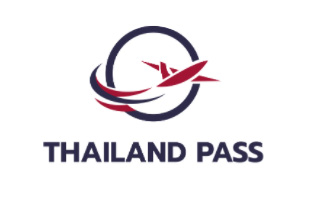 Thailand has eased the travel restrictions for travelers visiting Thailand. From 1st May 2022, those arrivals by air have been subjected to new entry measures as follows:

The processing time for Thailand Pass is 48 hours and is free of charge. Once registered, you will receive a Thailand Pass QR code which will be valid for 15 days in total; that is 7 days before and 7 days after your estimated arrival date. This means that for most hams who have already received their vaccinations, you simply need to fill in an online registration form to enter Thailand. That is all - easy.
This past month, the world of amateur radio has lost two more world legends whom the author knew personally, so I would like to dedicate this month’s FB News to them. 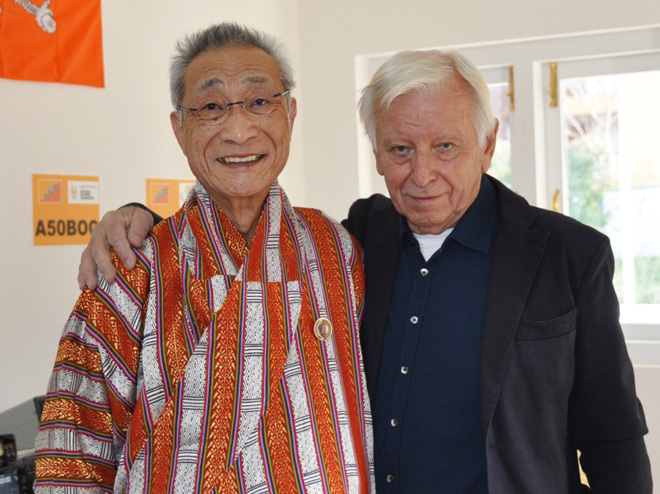 Franz Langer, DJ9ZB (also HSØZLP) is the Honorary President of the German DX Foundation (GDXF). I received the sad news of his passing via Facebook Messenger from Richard Gottlieb, DF9TF, and Jan Foerderer, DL7JAN on 7 May 2022. He passed away quite unexpectedly after a weekend trip with his family to the Lake of Constance which is located not far from his home in Ettenheim. Usually, Uncle Franz and myself would be messaging each other almost every day via Whatsapp. The passing of his dear friend, Zorro Miyazawa, JH1AJT earlier in March had hit him hard, and COVID-19 also took a toll on his body. He confided in me that his health is not so good anymore, and we had planned to make an eyeball QSO just before HAM Radio Friedrichshafen 2022 in June, but unfortunately, he passed away before we could make it happen. 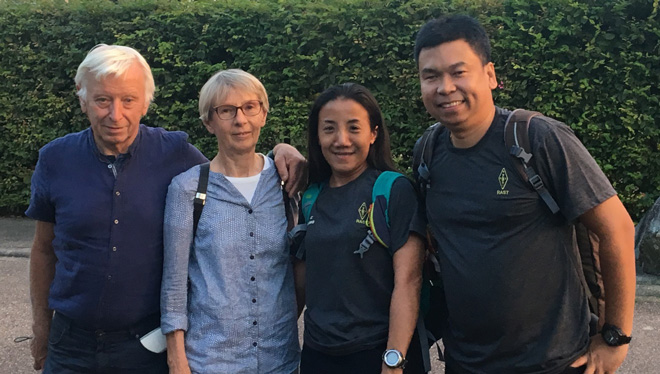 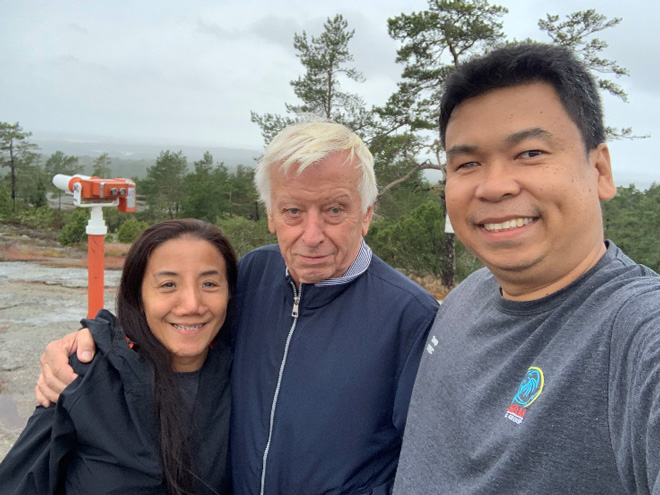 Uncle Franz had taught me a great deal of things throughout the 10-year period of going on DXpeditions together. He was the epitome of a World Class DXer with his sheer determination to succeed and always being undismayed by hardship or fatigue. Uncle Franz possessed an infinite amount of patience and would always remind everyone including myself that the purpose of HAM radio is to make friends. Together, he shared numerous stories of his own incredible 40 years of DXpedition with the last one being in the Kingdom of Bhutan in December 2019 just before the outbreak of COVID-19. We operated under the callsign A5ØBOC and A5B, and together we had the chance to meet HRH Jigyel Ugyen Wangchuck. I am sure the operation from Bhutan would not have been the last one for a great HAM like him, even at the age of 80 years old, if it were not for the pandemic - for almost nothing could stop this man. Thank you for your friendship. Rest in peace, Uncle Franz.

Treasured copies of all four editions of DX World Guide written by Franz Langer, DJ9ZB (SK) that Champ Muangamphun, E21EIC have collected over the years. 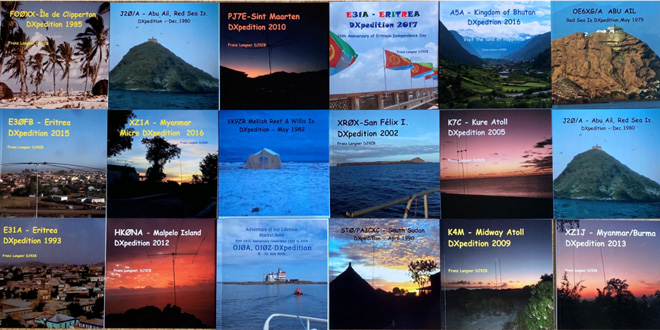 A whole range of photo books compiled together by Franz Langer, DJ9ZB, from his years of DXpeditions to exotic and far-flung places of the World 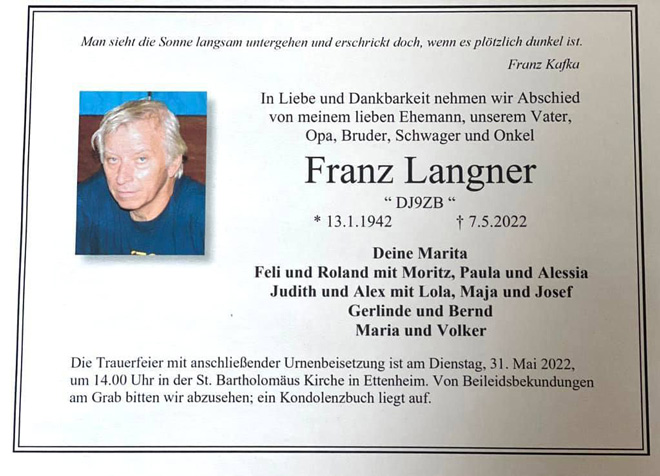 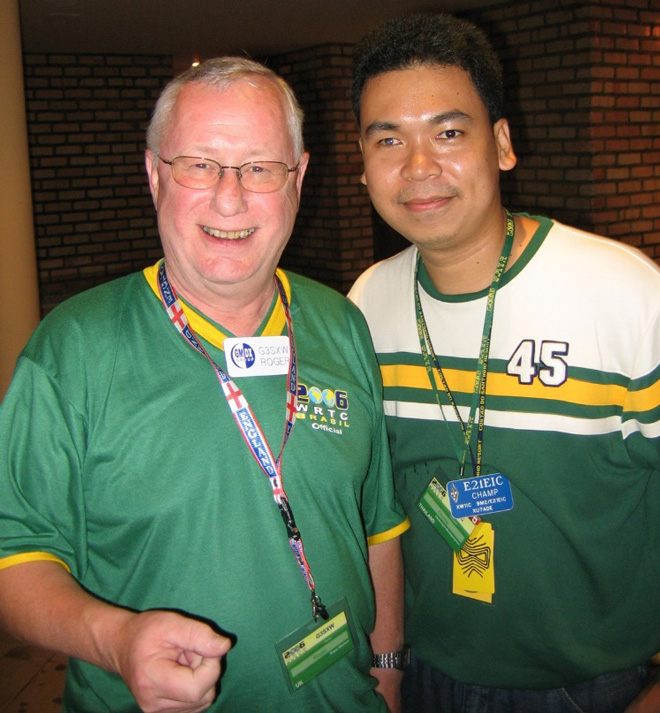 (From L-R) Roger Western, G3SXW with Champ Muangamphun, E21EIC in WRTC 2006 in Brazil

I had the honour of meeting Roger Western, G3SXW ex EP2IA from Chessington, England, for the first time in WRTC 2006 in Brazil, and from then on, at many more Hamventions. I continued to follow all of his DXpeditions whether it was a private one, one that he travelled together with Nigel, G3TXF, or one with Voodoo Contest Group.

Roger was the author of these four great reads that would excite anyone interested in amateur radio:
●“Up Two - Adventures of a DXpeditioner”
●“Contesting in Africa, Multi-Multi on the Equator”
●“Micro-DXpeditioning Uncovered”
●“DX Delights, Tales of Travels with my Radio”

Signed copies of Up Two, Contesting in Africa, and DX Delights Tales of Travels with my Radio, written by Roger Western G3SXW

Unfortunately, Roger struck the back of his head badly when he suffered a fall from a ladder while clearing leaves from the roof gutter on his house in October 2019. He was in-and-out of the hospital a lot over the past two and a half years according to his dear friend Nigel, G3TXF, and sadly, became silent key on 24 April 2022. Rest in peace, Uncle Roger.