The 18th IARU Region 3 Virtual Conference was a success 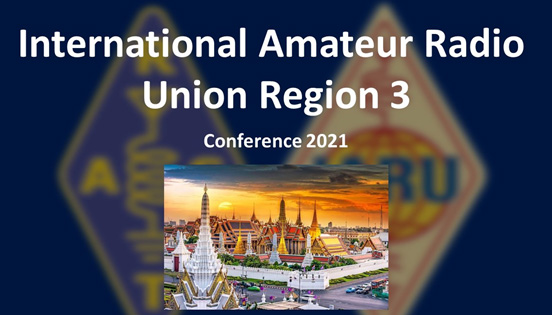 The Radio Amateur Society of Thailand under the Royal Patronage of His Majesty the King (RAST) hosted the 18th International Amateur Radio Union (IARU) Region 3 Conference virtually during 20th-22nd September 2021. Nearly 100 participants from 19 Member Societies along with IARU and IARU Regions 1, 2 and 3 from across the World attended the event.

This triennial conference is a meeting of all Member Societies and forms the supreme governing body of the IARU Region 3. Matters that are discussed determines the future policies for the administrative, operational, technical and financial matters, as well as to elect the office bearers for the subsequent 3-year period.

On 19th September 2021, the Conference was preceded by a meeting of IARU R3 Directors, Secretary and Delegates from each Region 3 Member Society to nominate various committee members as well as convenors of the two working groups, while the virtual voting process was reviewed. 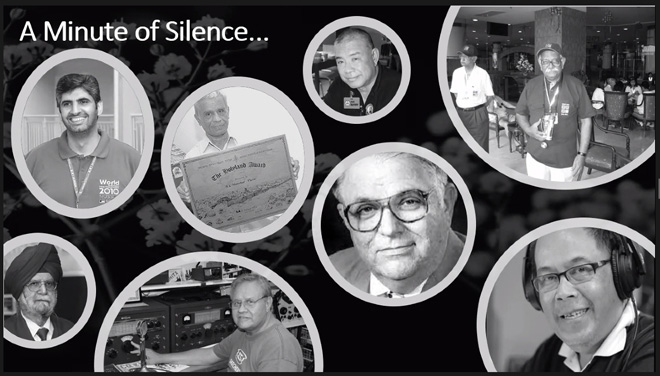 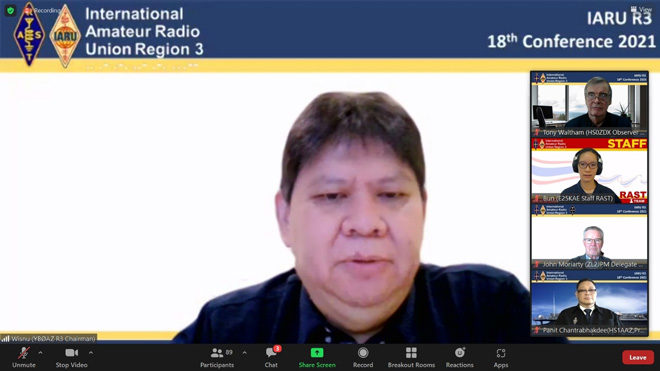 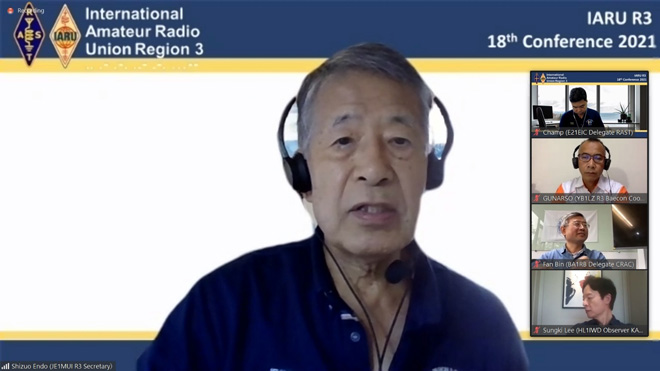 More specifically, Wisnu Widjaja, YB0AZ stressed the need to keep the amateur radio spectrum safe and that we should do more to promote amateur radio to young people. Whilst Tim Ellam, VE6SH noted that between 144 MHz and 275 GHz, 9% of the spectrum was allocated to amateur radio and that this could be in jeopardy. 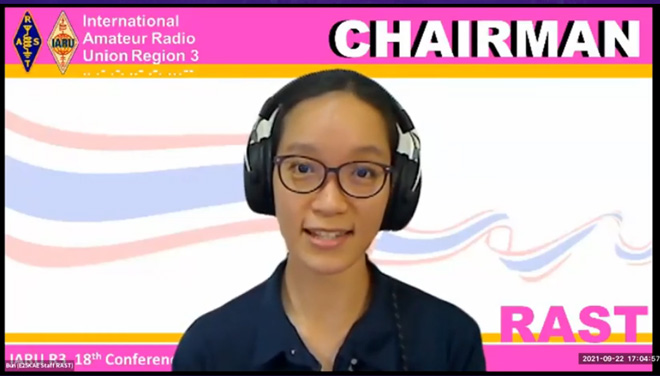 Champ Muangamphun, E21EIC, under the delegation of RAST to propose that Bun Vichitcheep, E25KAE to be the Conference Chairman who was endorsed by ORARI and approved by the Conference. The first day of the Conference saw each Member Society along with IARU International Secretariat, IARU Region 1, IARU Region 3, IARU Region 3 Secretary, Shizuo Endo, JE1MUI, and all the Region 3 Coordinators and Committee Chairpersons made a presentation of their reports to the Conference. The details of these reports and other documents can be found at https://www.iarur3conf2021.org/documents/ 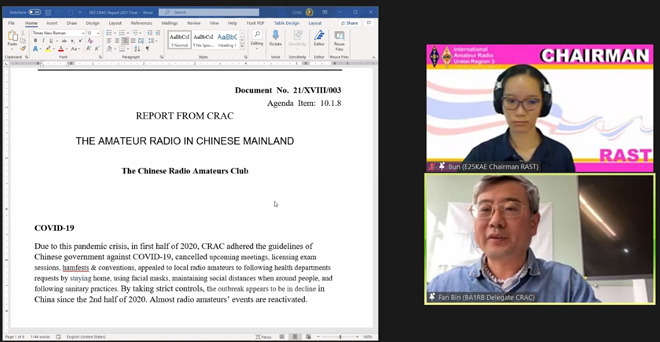 On the second day of the Conference, ORARI made a proposal to change the IARU Region 3 board structure from Directors to Executive Committees to align with Region 1 and 2, whilst JARL propose an update in Region 3 Constitution to better fit the technological era. The Conference took note of both proposals and it will be the responsibility of the newly-elected Directors to investigate further. Discussion on threats to amateur radio and recommendations for changes to the IARU Region 3 band plan were also deliberated at lengths.

On the third and final day of the Conference, the Financial Committee presented its report to the Conference and an election was held to select six IARU Region 3 Directors for the next 3-years’ term, along with a secretary. The result of the election was as follow: 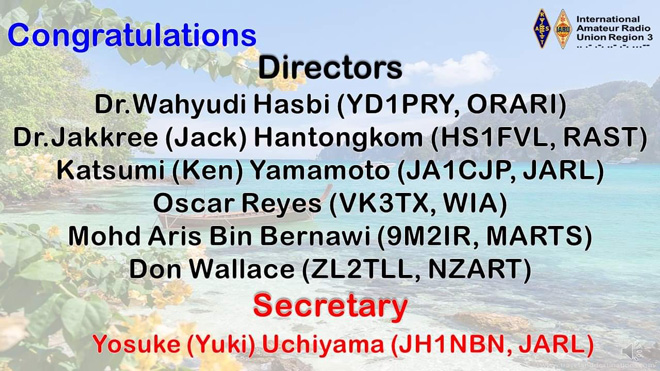 As for the Chairman of Directors, it was decided that this position would be held by two of the Directors, each for 18 months, with Ken Yamamoto, JA1CJP being Chairman for the first 18 months, and Dr. Wahyudi, YD1PRY holding the post for the second 18-month period. 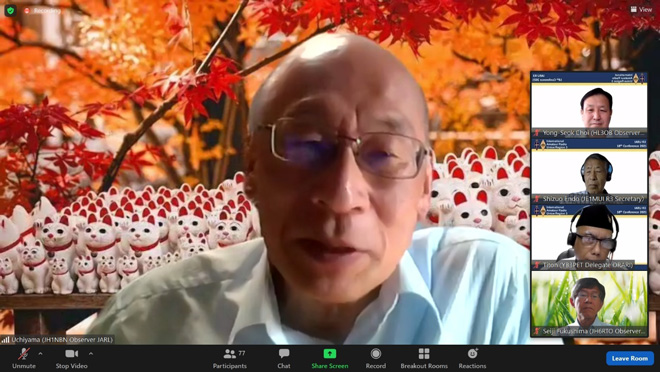 Yosuke (Yuki) Uchiyama, JH1NBN was elected as IARU Region 3 Secretary for the next three years.

The newly appointed or re-appointed IARU Region 3 Co-ordinators are as follows: 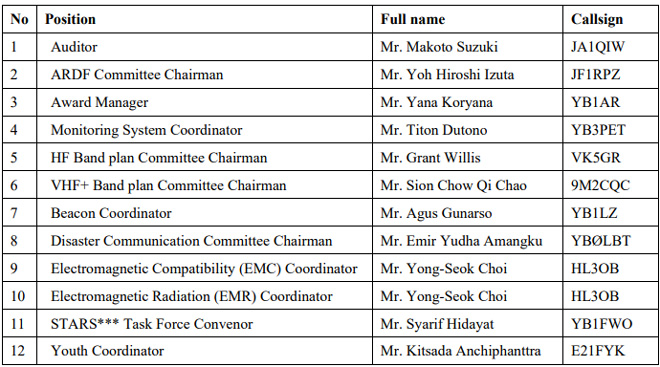 This conference has been a success. To mark this event, the “HS18IARU” special event callsign will continue to be active until September 30, 2021. QSL will be sent to all via bureau by E21EIC, RAST Bureau Manager. 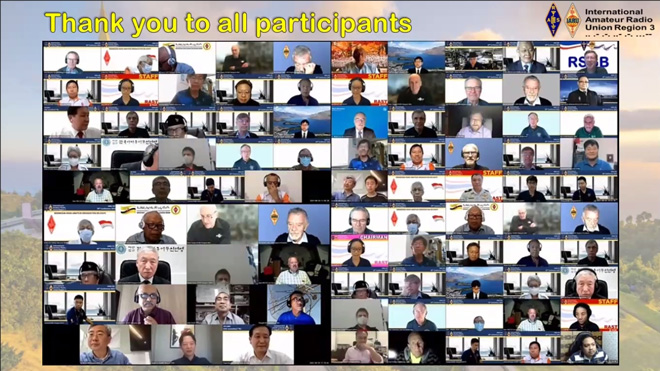 A RAST proposal to host the next Conference again in 3 years' time in September 2024 has been accepted unanimously, and it is sincerely hoped that RAST will be able to welcome everybody in-person this time round at the 19th IARU Region 3 Conference. 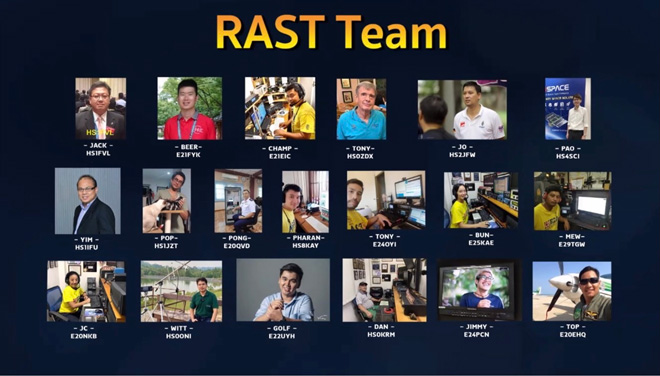 For highlights of the Conference, including photos and videos of the opening and closing ceremonies, please visit https://www.iarur3conf2021.org/