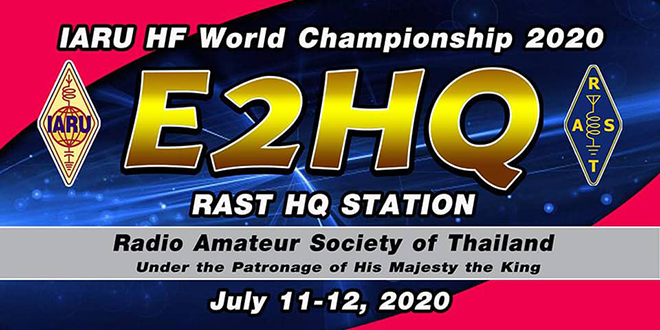 IARU HF World Championship on the July 11th and 12th, 2020 was an interesting competition that gathered amateur radio operators from different countries. They participated in the competition on behalf of the HQ stations of each country.

Radio Amateur Society of Thailand Under the Royal Patronage of H.M. The King. (RAST) attends every time by using the call sign E2HQ. This is a good opportunity that we have more new hams (Rookies) to participate in the competition every year.

The IARU HF World Championship 2020 has just finished but the Thai ham operators are still buzzing with excitement of the post-event. Overall, the weather conditions over South East Asia were mediocre with some light shower during the night and an overcast sky on the second day. Band openings were not the best, but good enough to work through.

The E2HQ team consists of 5 stations, spread out over 4 locations across Thailand: 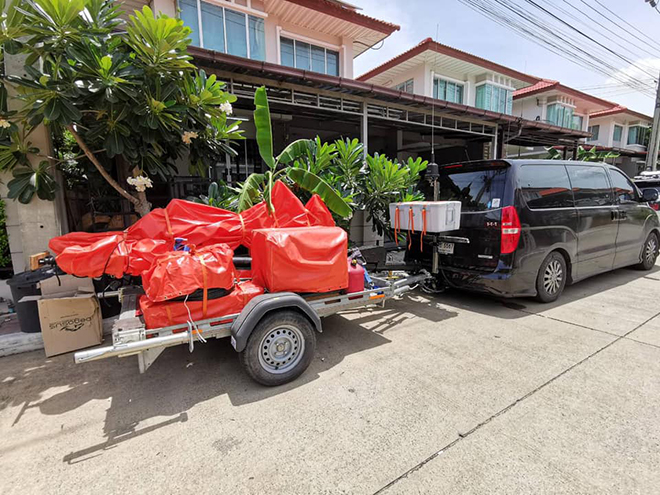 The majority of the E2HQ team was stationed at HS5NMF home ground in MuakLek, Saraburi province to be a witness the highlight of the contest: the HF Portable Station developed by E23NEZ, which won the first place for Emergency Communication Innovation Award by the NBTC in the 5th Annual Amateur Radio day in 2019. This portable station was connected to a C-3s antenna for 20, 15, 10 m, and a 40 m rotary dipole for SSB operation. A second station nearby was hooked up to a 15 m Yagi, and a 40 m dipole specifically for CW operation. 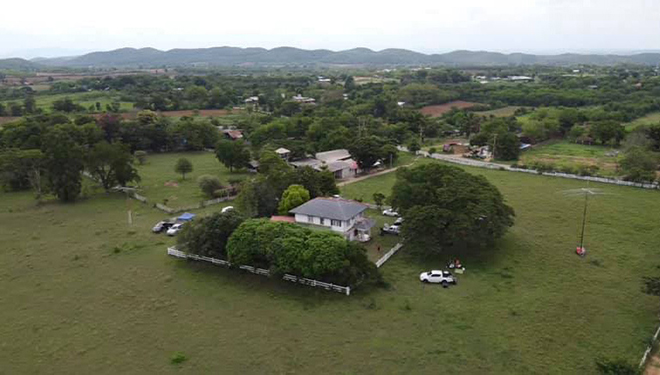 This contest drew together both the experienced ham operators and the younger rookies who had just obtained their intermediate licenses earlier on this year before the COVID-19 started. Many new HF operators got the chance to learn how to set up a portable station, how to deal with unexpected equipment failure, as well as they had an experience to go on the air for the first time to see how vastly difference HF is from VHF; and of course, under the contest mode, they also learned how to deal with the nerves and the adrenaline rush that accompanied with every contact made. 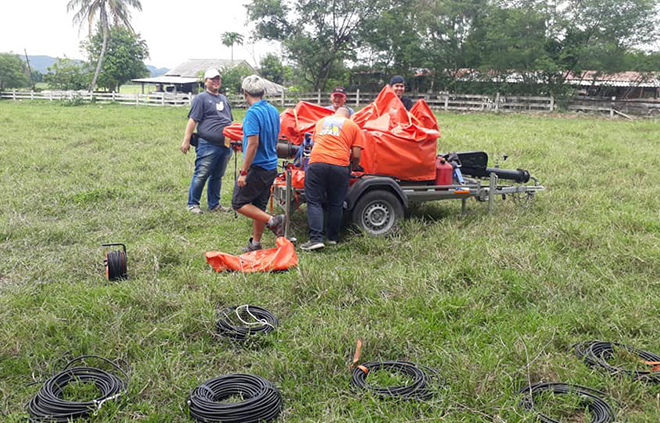 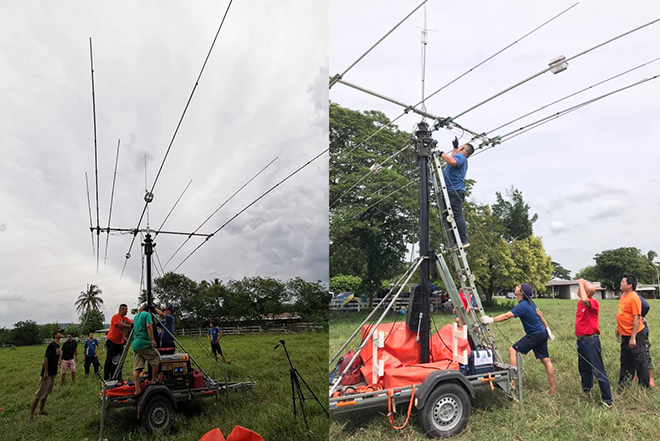 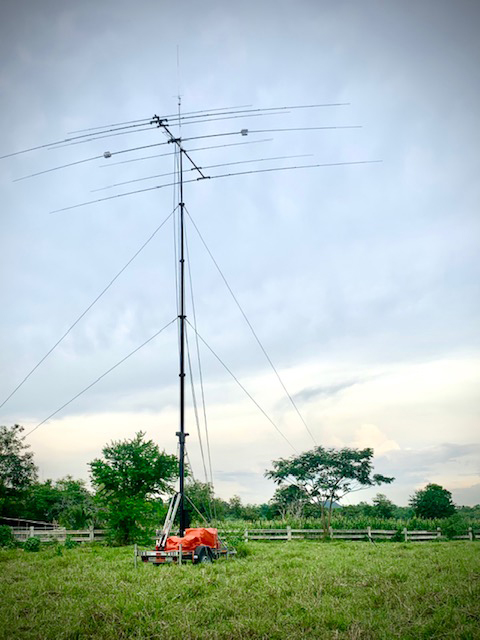 The main objective of this event went far more than just hunting for QSOs and chasing down multipliers, but to introduce and inspire the younger generations to be more curious, more open-minded, and more thirst for knowledge. The goal has always been to drive their passion further so that it takes roots in their hearts. No matter how much we have succeeded to plant the seeds during this event, no effort is ever too much. Overall, it was an unforgettable experience filled with good memories and companionship, and hopefully one that will set paths for the newcomers to become more well-rounded HF HAM operators in all the years to come. We look forward to hearing them on the band, and perhaps one day they can take this hobby further than we ever could. 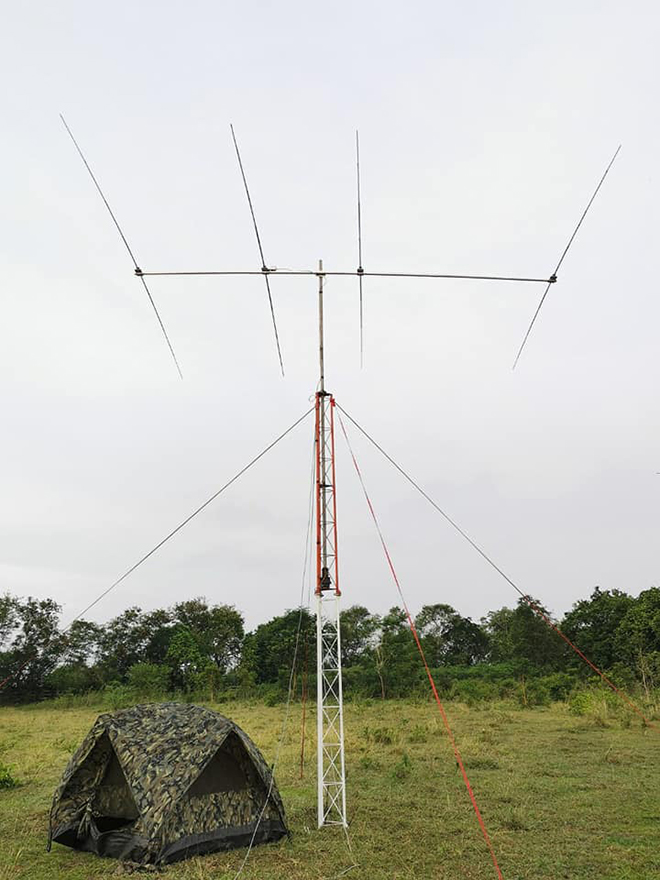 This year E2HQ can reach a total of 1,400 QSOs with 8.3 hundred thousand points, even though our scores were not as diverse as many years ago. Our team was happy, had fun to learn, and participated spiritually internationally. In addition, we have passed on the knowledge to the new generation of ham. 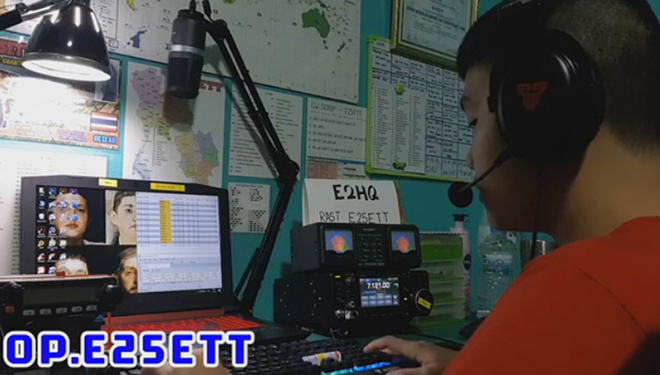 Installation of E24EZ, The first DMR Repeater in Thailand

Radio Amateur Society of Thailand Under the Royal Patronage of H.M. The King. (RAST) received support from the Office of the National Broadcasting and Telecommunications Commission (NBTC) to install a repeater system Digital Mobile Radio (DMR) for use in the amateur radio. 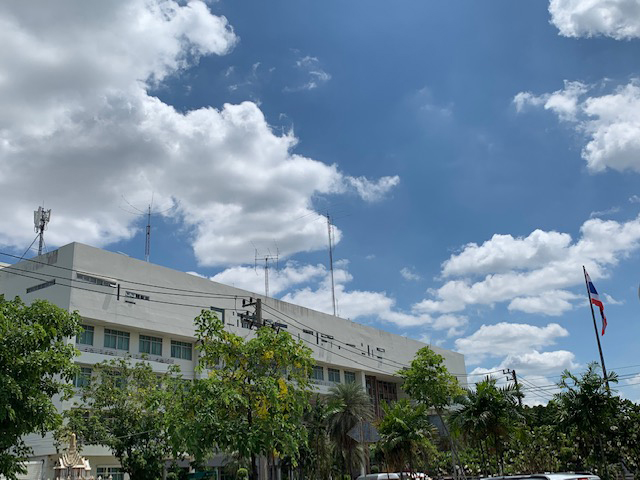 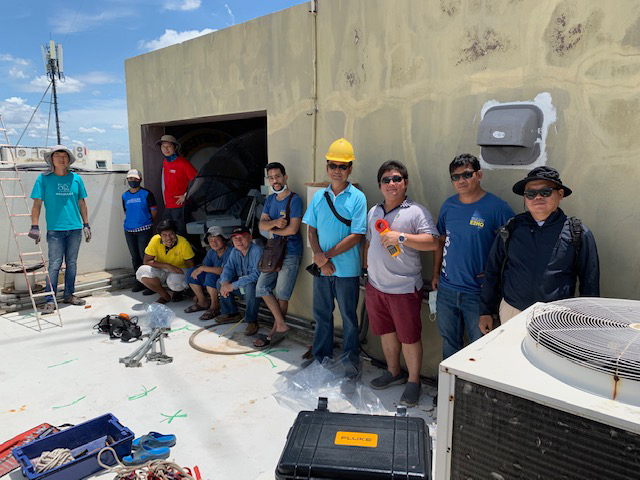 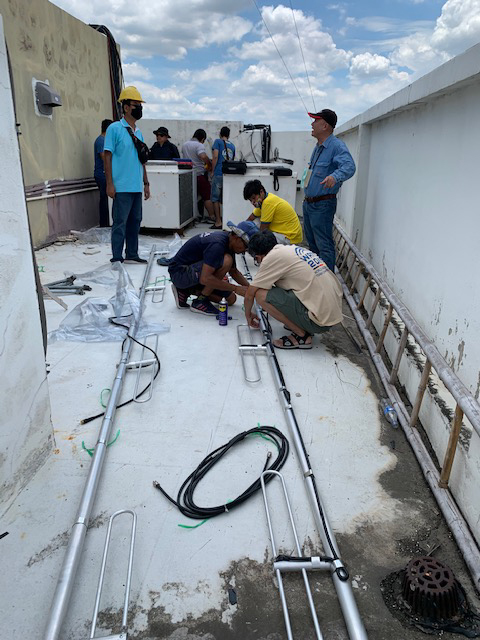 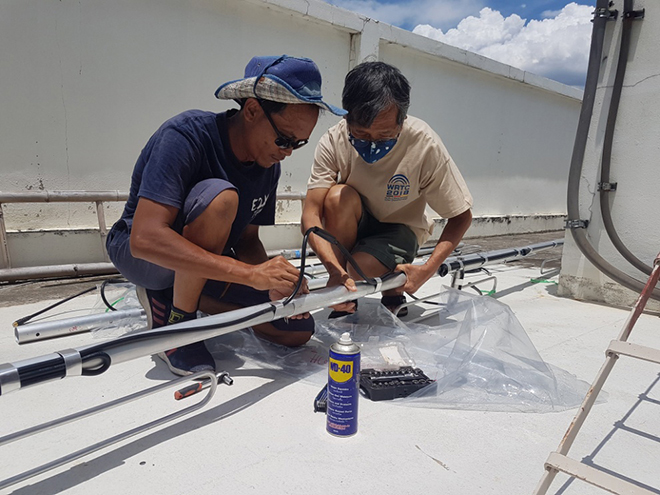 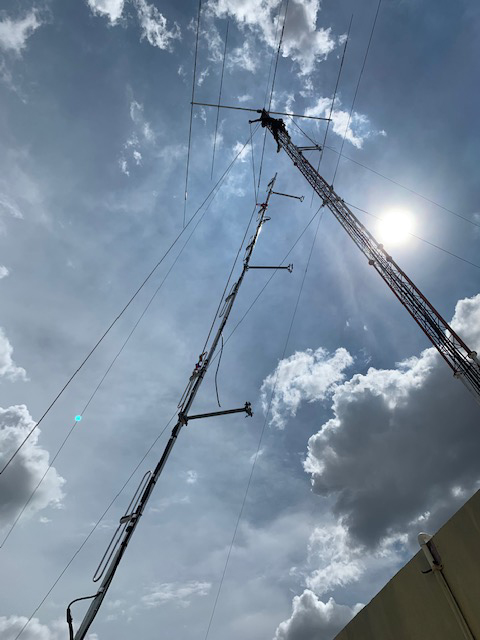 Folded Dipole 8 Stacks on the sky 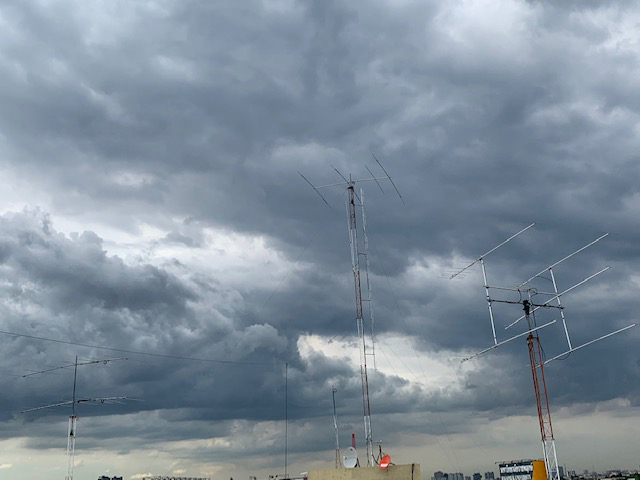 After installation we tested the signal through the DMR Repeater by using the callsign E2STAYHOME, operated by HS6MYW as a net operator, and made contacts with 28 stations from all over the country.