There will not be a RAST meeting in July 2021

There will not be a meeting of the Radio Amateur Society of Thailand under the Patronage of His Majesty the King (RAST) during the month of July 2021 due to concerns about the upsurge in COVID-19 coronavirus infections in Thailand and for compliance with limitations that have been imposed on public meetings in Bangkok for the time being. The pandemic has continued to worsen and many provinces are now under lockdown.

RAST hopes that all members stay safe and remain in good health and that the society will be able to host another meeting again soon after the incidence of the pandemic has subsided. 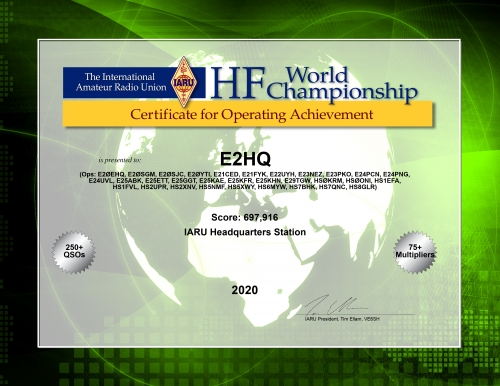 The Radio Amateur Society of Thailand under the Patronage of His Majesty the King (RAST) has once again participated in the IARU HF World Championship 2021 during 10-11th July. The Championship is hosted every year by the International Amateur Radio Union (IARU) in order to support and promote ham operators, as well as all the societies that are members of the IARU around the world, to connect with each other on the 160, 80, 40, 20, 15 and 10 m bands in SSB and CW modes. The member-societies usually participated under their corresponding headquarter (HQ) callsigns. 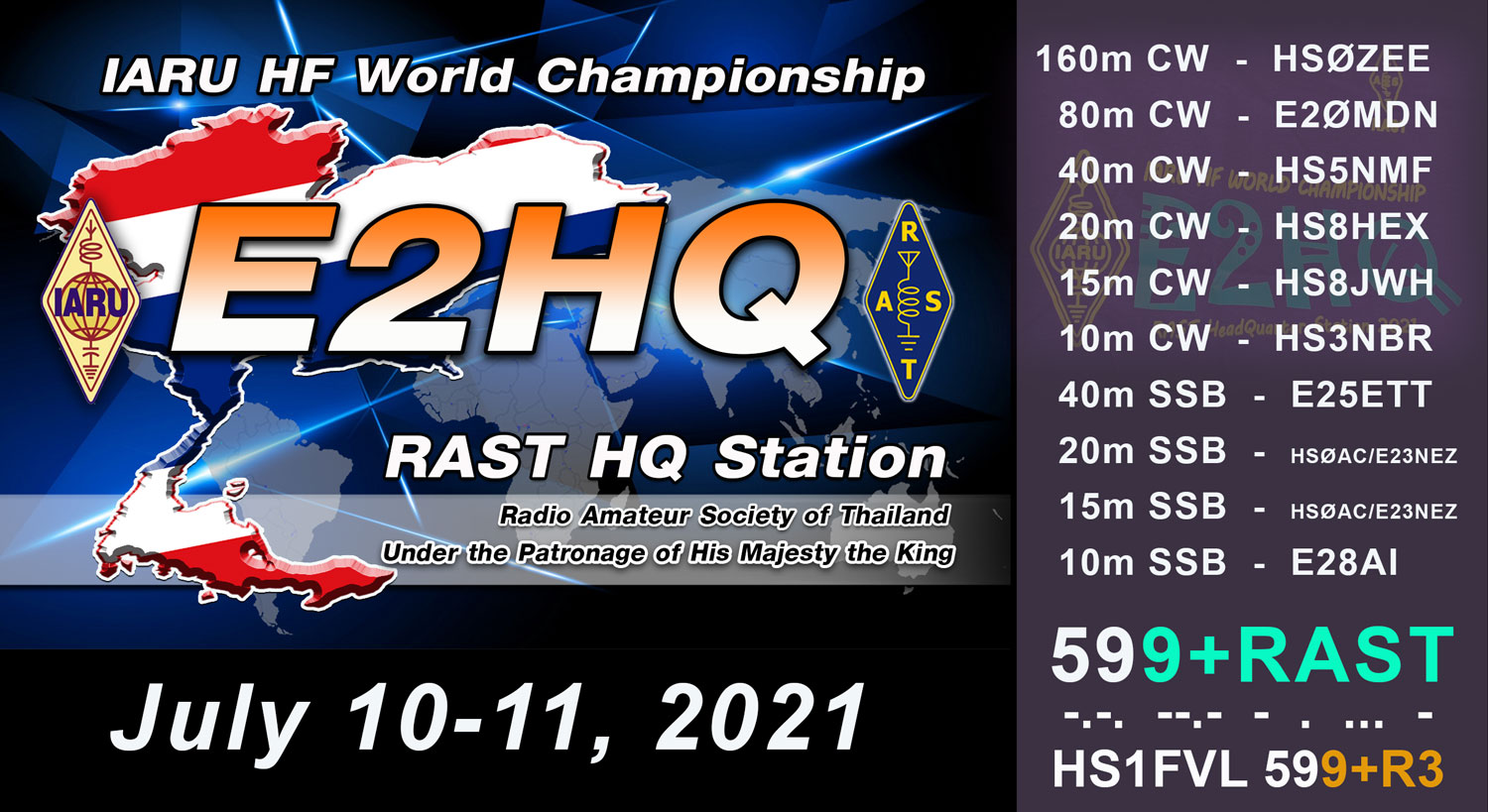 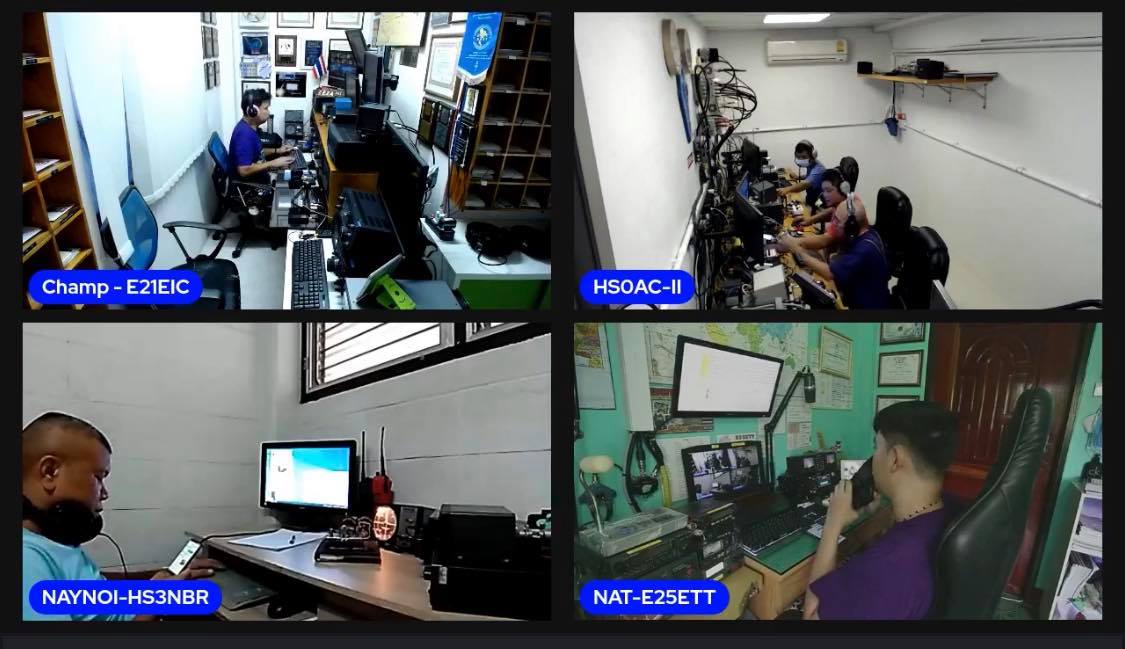 Given that the contest was held in July which is the beginning of the monsoon season in Thailand, it was not a surprise when various stations reported thunderstorms and poor propagation. Despite this, the team shouldered as best they could. The raw score was as follow: 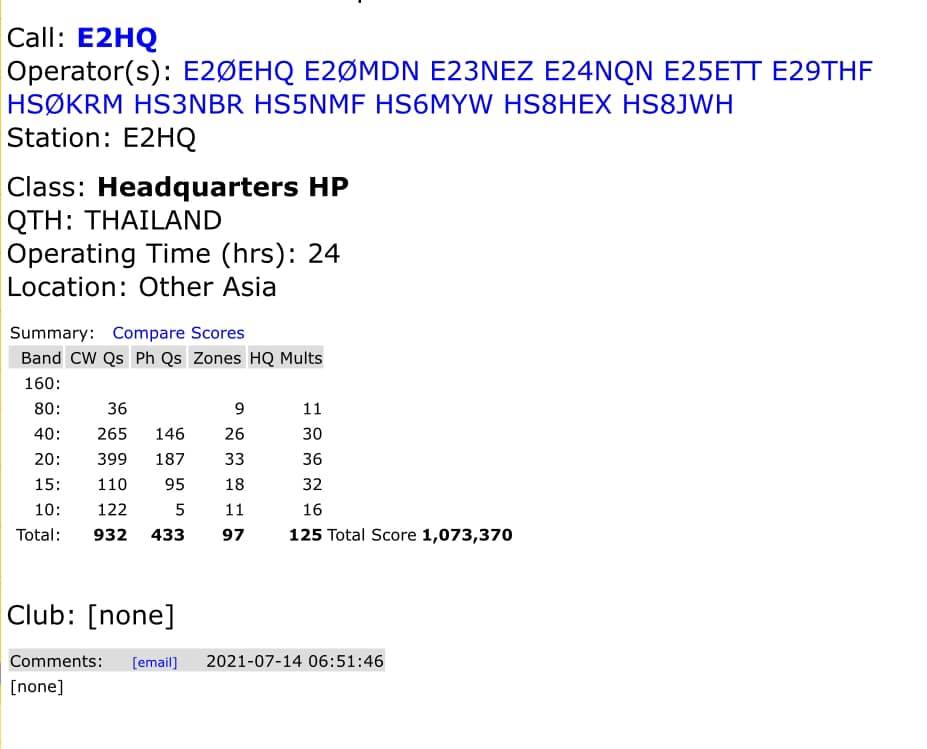 In addition, Dr. Jack Hantongkam, HS1FVL also joined in the contest as the IARU Region 3 Director to give out his Multiplier “R3”. Over 280 QSOs were made, and his raw score was as follow: 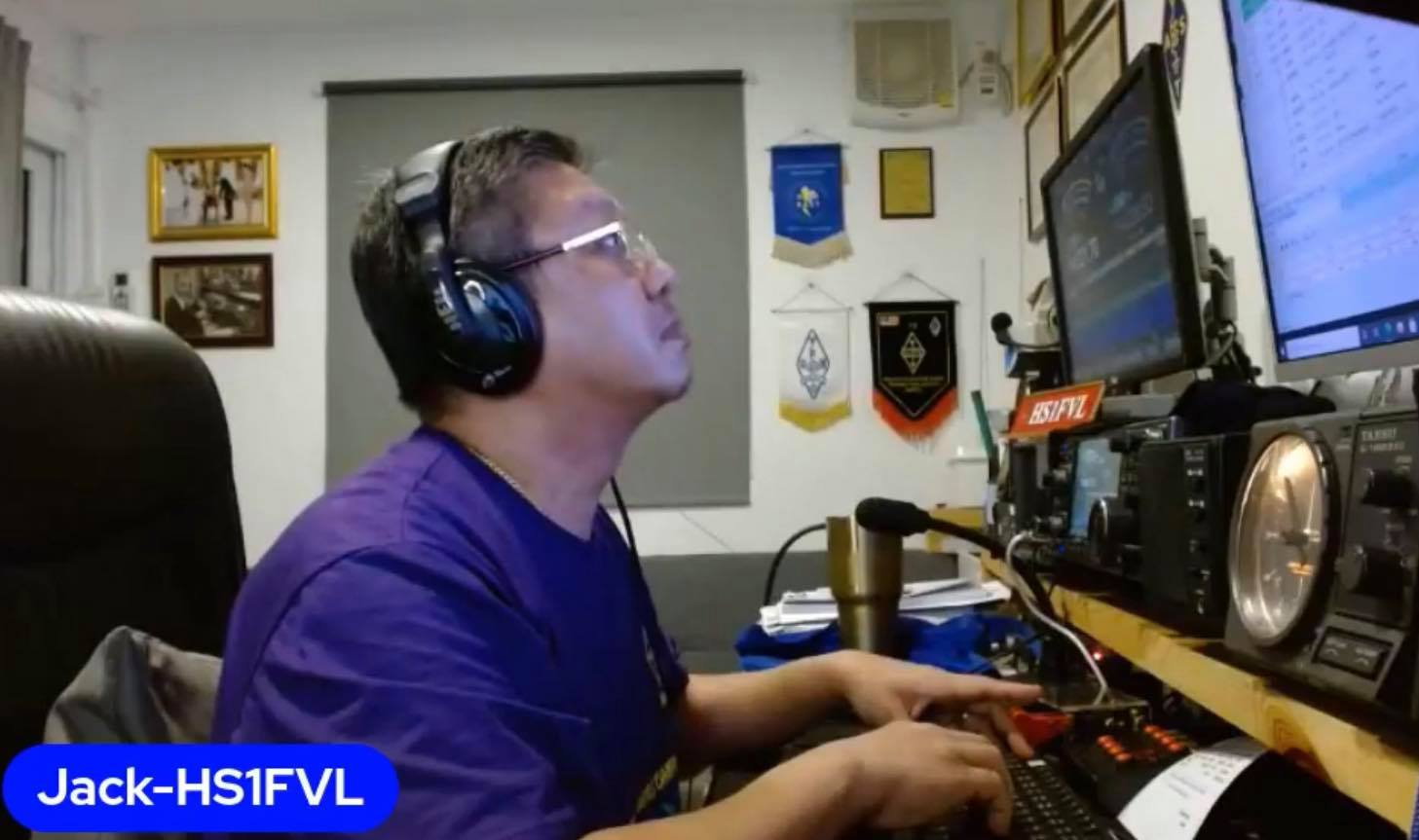 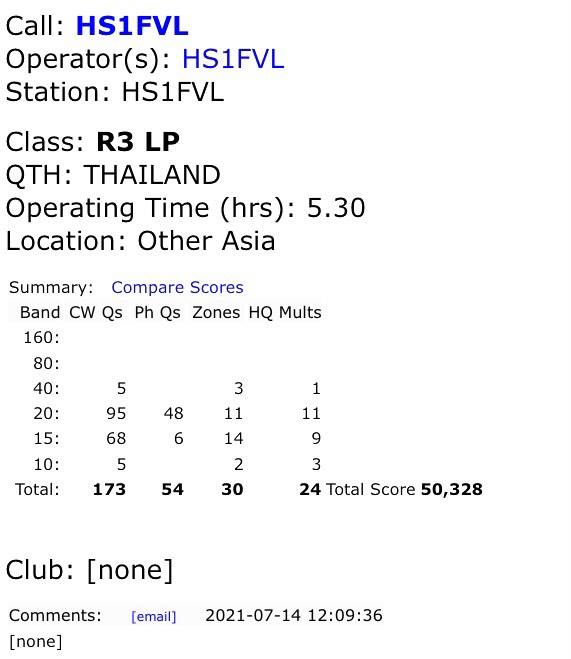 RAST continues to host “RAST TALKS” for the 5th consecutive months. On 28th June 2021, RAST invited back Mr. Sutat Prathomnupong, the NECTEC Consultant on Electric Vehicle Conversion, to give the members more insights on “Batteries, Part 2”. 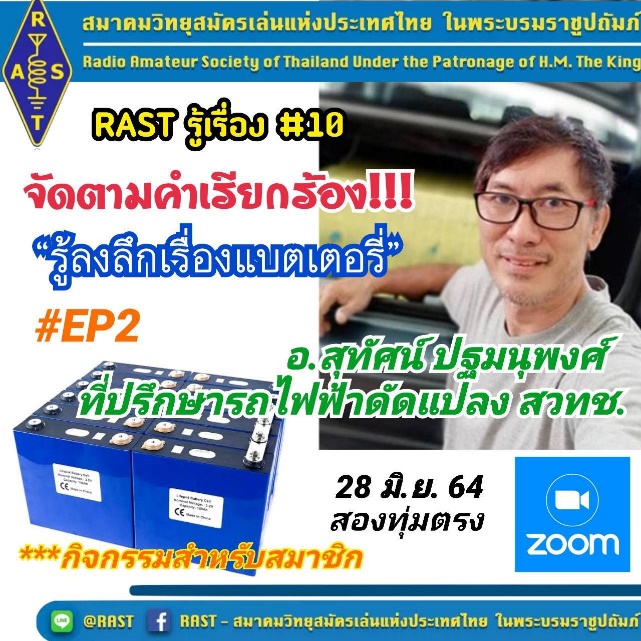 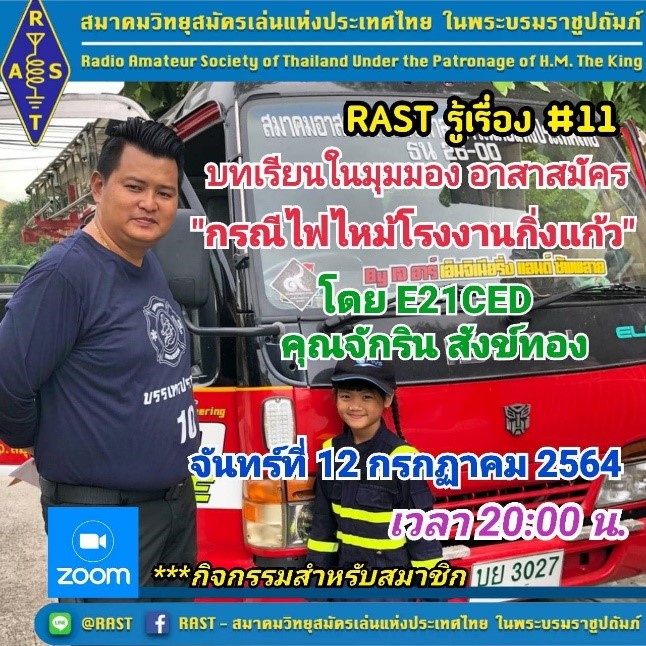 Another news that rocked the city of Bangkok on the 5th July 2021 is the huge explosion followed by a big gulf of fire that destroyed a plastic foam and pellets factory as well as the surrounding communities in Bang Phli District, not so far from Suvarnabhumi Airport. A 5km-exclusion zone was ordered as flames continued to erupt intermittently from underground tanks. 50 tons of chemicals were stored on the premises and there were fears that the fire could reach a nearby storage site that was holding another 20,000 litres of flammable liquid. Over 40 casualties were reported and more than 80,000 people were evacuated from the area. After two days, the fire was put out.

A tragedy of such scale requires monumental efforts from all sides and the vital part of any emergency is good communication. On 12th July 2021, RAST invited Mr. Jakkarin Sunthong E21CED, Executive Chairman of Bang Phli Amateur Radio Club Station E21AN, who was also one of the volunteer rescuers onsite, to give members a first-hand account of the event, lessons that could be learnt from the tragedy, and roles that amateur radio could play. 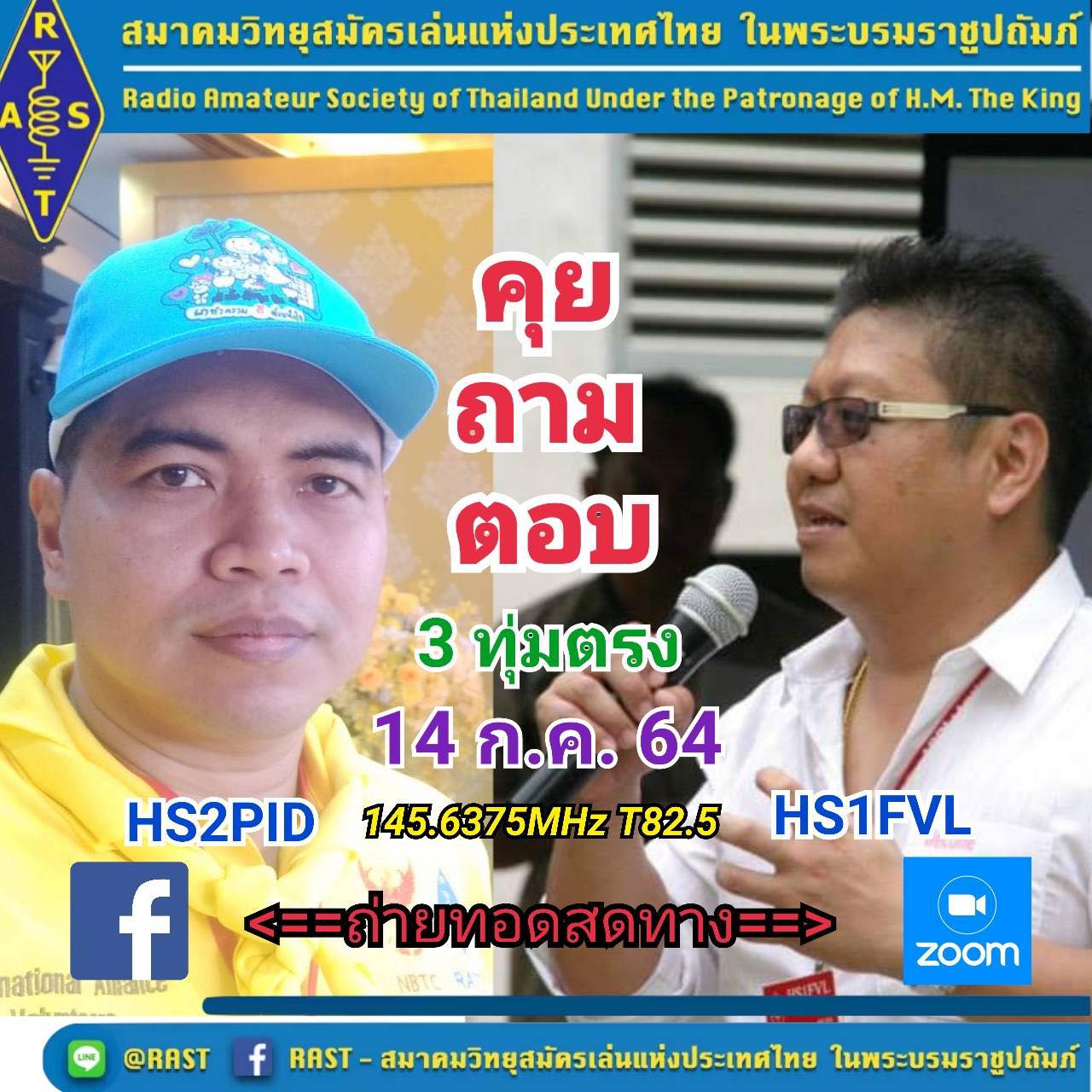 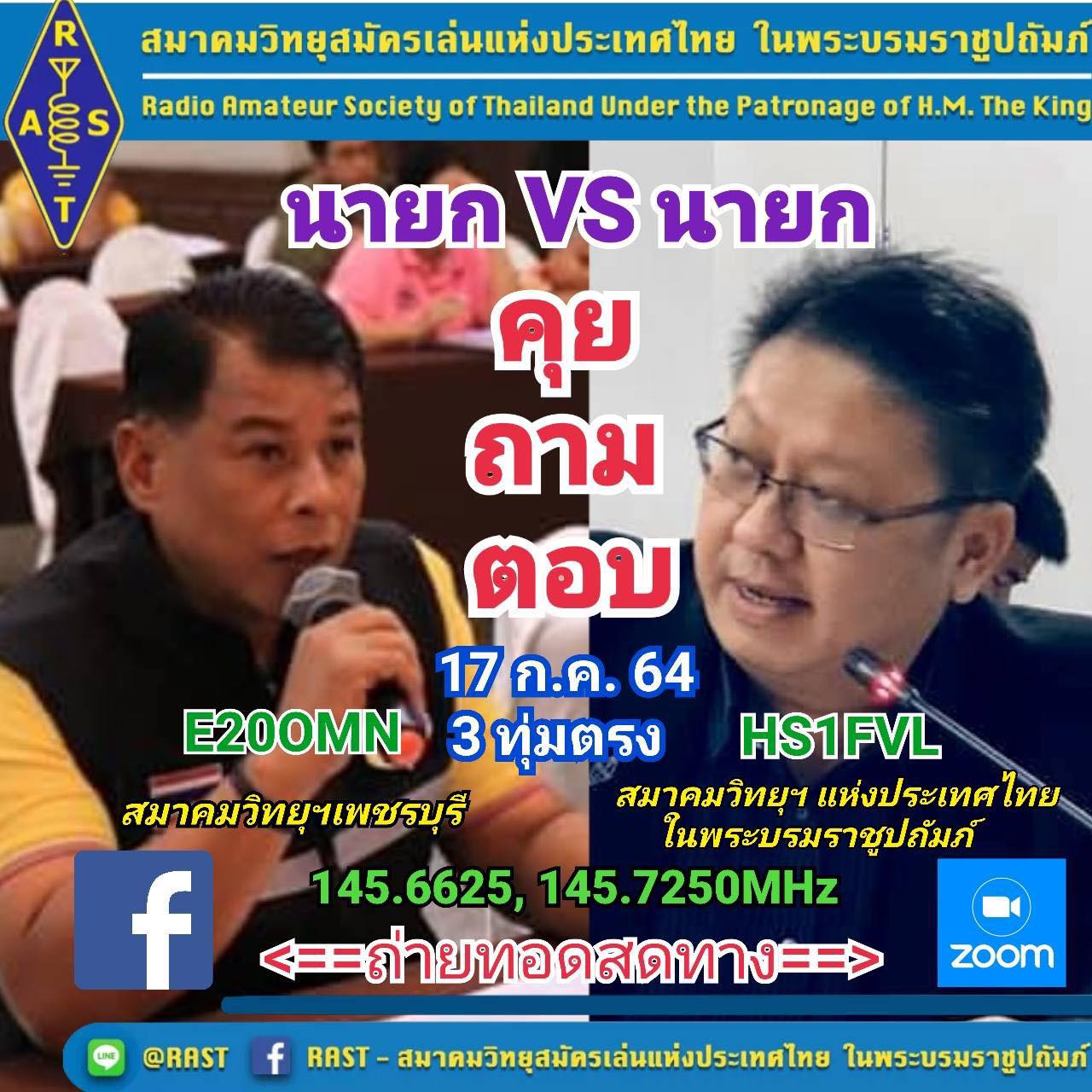 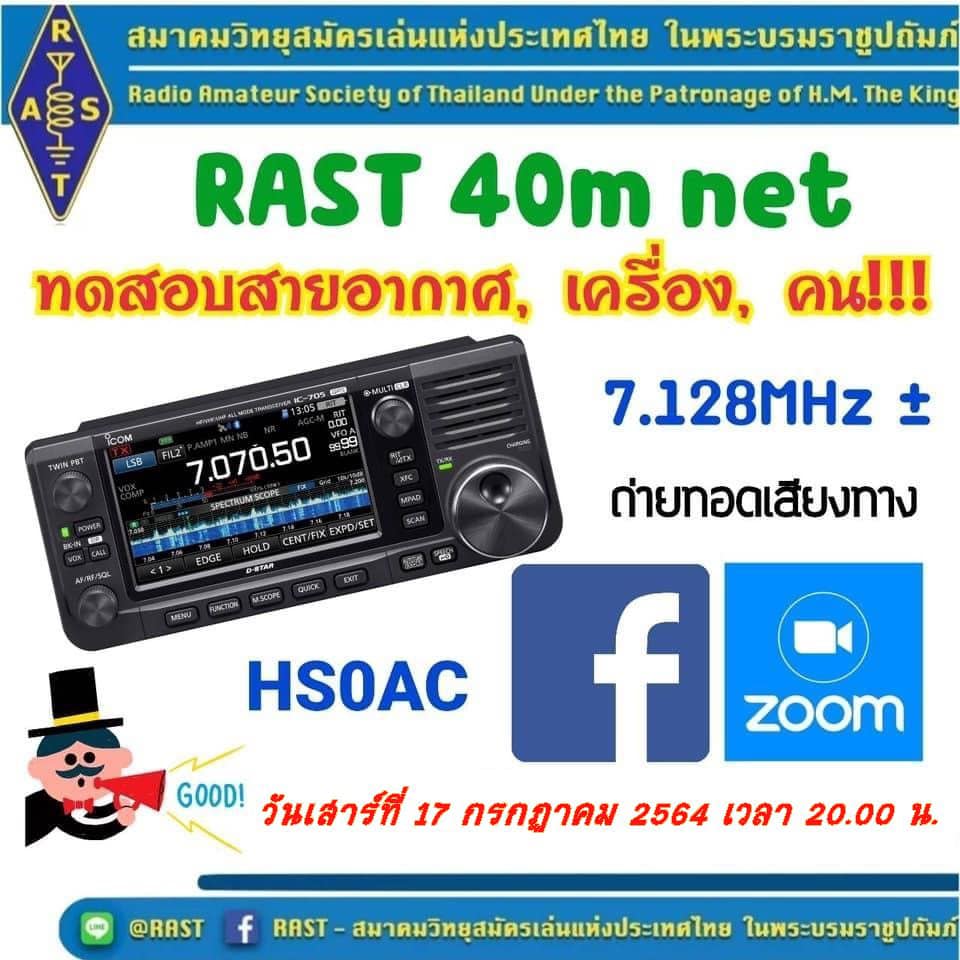 RAST is holding a weekly 40 Metre Net every Saturday on 7.128MHz ±QRM at 1300UTC, whereby RAST members take it in turn to be the Net Control, under the callsign HS0AC.