RAST held its General Annual Meeting,
May you rest in peace JH1AJT and W7LR 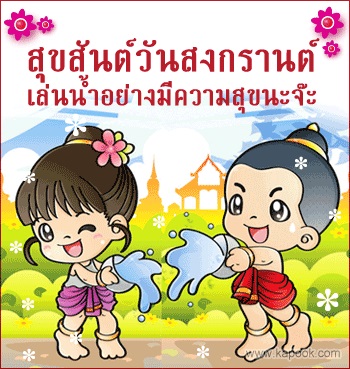 Thai New Year, also called Songkran, is celebrated on the 13-15th April of every year. This celebration is to embrace the Thai core values of family, society and religion. During the festival, Thais all over the country will return to their hometown for family reunions, join in the local community gatherings to enhance goodwill, and visit the temples for merit-making.

The Thai believes that water is spiritually purifying. It will help wash away any bad luck or grievances from the past, and bless one with success and happiness for the years ahead. The sacred water that has been collected from cleansing the Buddha statues are trickled over the hands or shoulders of village elders and senior members of the family to show respect and gratitude, as well as to ask them for their blessings. Because Songkran happens to coincide with the hottest period of the year in Thailand where the temperature can register up to 42 degrees Celsius, this emphasis has slowly shifted from genteel spiritual traditions to a nation-wide jovial water fight as everybody looks for ways to cool down from the heat.

Unfortunately, just like the previous two years, the government had no choice but to announce another ban on water festival this year to attempt to control the surge in Omicron cases. The number of daily infections had already risen to over 23,000 cases per day, and a full-on water fight could push this figure to an exponential level if allowed to go ahead.

RAST held its General Annual Meeting followed by a General Election on 20th March 2022. The full list of Committee and Advisors who will support RAST President, Dr. Jakkree Hantongkom (Jack), HS1FVL, during his presidency for 2022-2024 for the second term running was announced to the public on 30th March 2022 as per the table below. In order to help this newly elected Committees transition into their new roles as well as the nature of Thailand’s long public holiday during Songkran, RAST did not hold any activities in April. This month’s issue will therefore be a small tribute to two honorary HAMs who have either played a significant role in the amateur radio journey of the author, or the amateur radio community of Thailand. 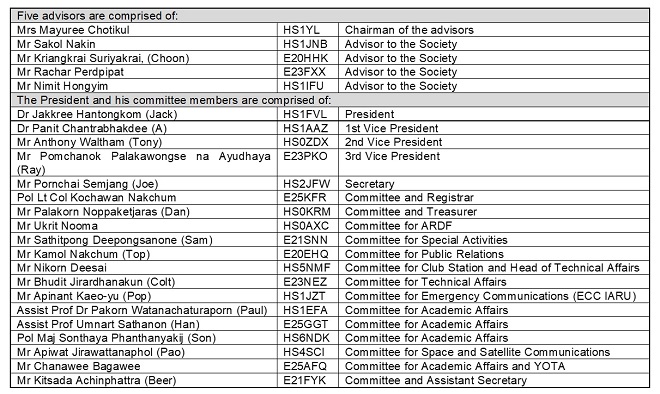 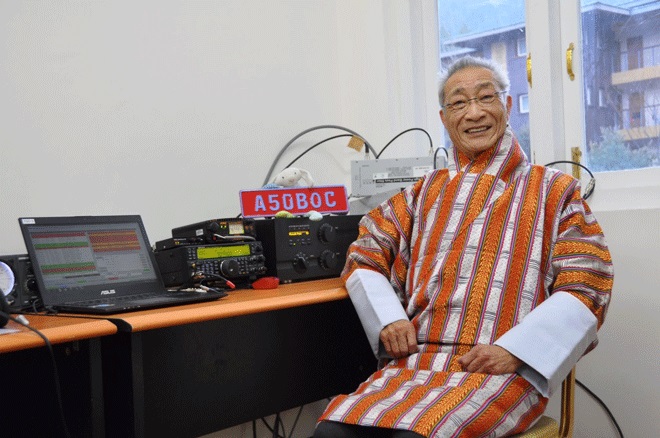 Zorro san was a very humble and easy-going man. He was optimistic, cheerful and always cared for his fellow human beings. He founded SEISA Group and Foundation for Global Children (FGC). Through his schools and humanitarian projects in Asia and Africa, specifically in Cambodia, Bangladesh, Japan, Myanmar, Eritrea and Bhutan, he brought a better life for countless disadvantaged children and their communities.

Zorro san wanted the world to share his passion and experience the joy of friendship that HAM radio can bring, so he himself became the main driving force and a generous contributor behind numerous DXpeditions, even operated on some himself. He encouraged and mentored many operators throughout his journey, including HRH Jigyel Ugyen Wangchuck of Bhutan (A5B). 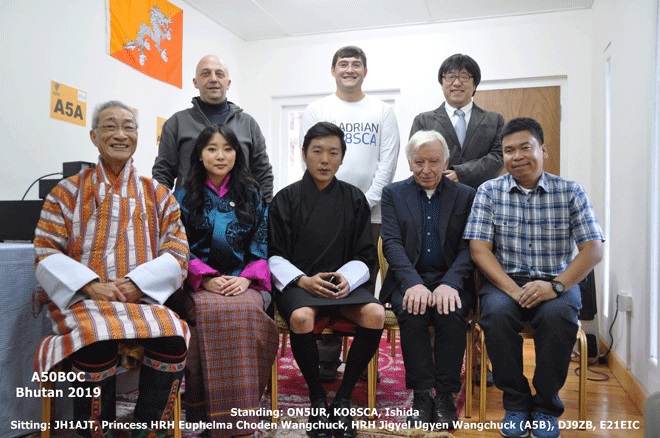 Without Zorro san’s support, our DX community would not be where it is today. His legacy will continue to live on not just in our memories and our logbooks, but through the lives of many whom he will continue to touch through his Foundation and INDEXA’s Humanitarian Aid Fund. 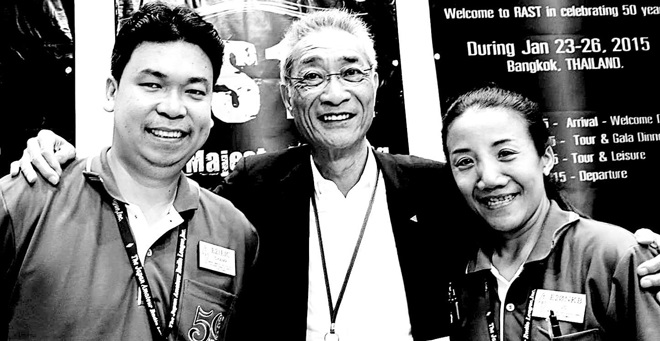 Our ham radio community has indeed lost another beaming light. Though he may be gone from our sights, but never from our hearts. Zorro san became silent key on 23rd March 2022. May you rest in peace.
http://hamgallery.com/Tribute/JH1AJT/ 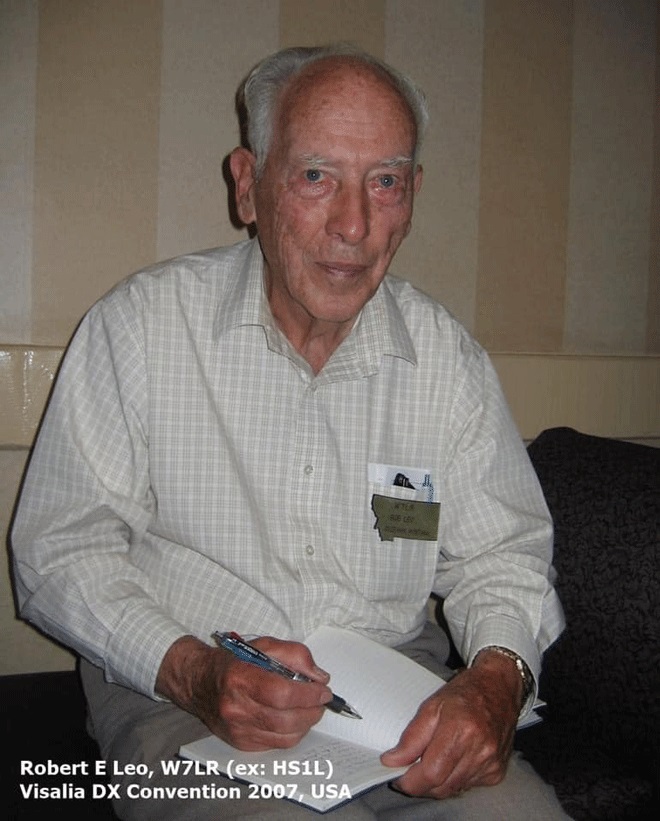 Mr. Robert E Leo, or Bob, was born in 1921 and began his journey in amateur radio at the tender age of 12 as an SWL using a homebrew receiver made from a coil wound on an oatmeal box, pieces of tin can as a tuning capacitor, and a type 30 vacuum tube. At just 16 years old, he was granted his US license, W6PBV, and only later became W7LR.

Bob joined the US Navy as a radioman and served during World War II. He rose to the rank of Lieutenant Commander and went into radio intelligence. In 1947, Bob joined the famous Gatti-Hallicrafters Expedition to the Mountains of the Moon in East Africa, visiting British East Africa, Kenya, Tanganyika (now merged with Zanzibar to form Tanzania) and Uganda under the callsign VQ3HGE, VQ4EHG, VQ5GHE and VQ5HEG. He made his first DXpedition QSO with I1KN on 20m CW using his Vibroplex “bug”. Whilst in East Africa, he climbed Mt. Kilimanjaro and made a QSO from the highest volcanic cones Kibo, at 19,780 feet to his fellow teammate Bill Snyder, ex W0LHS, who was waiting at 5,500 feet. Bob and Bill logged a total of 3,822 QSOs during their operation, including one with HS1SS from Siam and one with J2AHI from Japan.

The Norwegian tanker M/T Dovrefjell brought Bob out of East Africa after the DXpedition fell apart. From there, Bob went on to become an engineer for General Electric Co. (GE), a supervisor for HZA radio station at Arabian American Oil Co. (ARAMCO) in Saudi Arabia, worked for the geology department in the Great Arabian Desert and Persian Gulf, and then became an engineer at Stanford Research Institute (SRI). During Bob’s time in the Middle East, he was a visiting operator at HZ1AB, and operated MP4BAL from Bahrain Island (AS-002). Bob later obtained his Electrical Engineering degrees from California Institute of Technology and Stanford University, before going on to become an EE professor at Montana State University for 20 years. 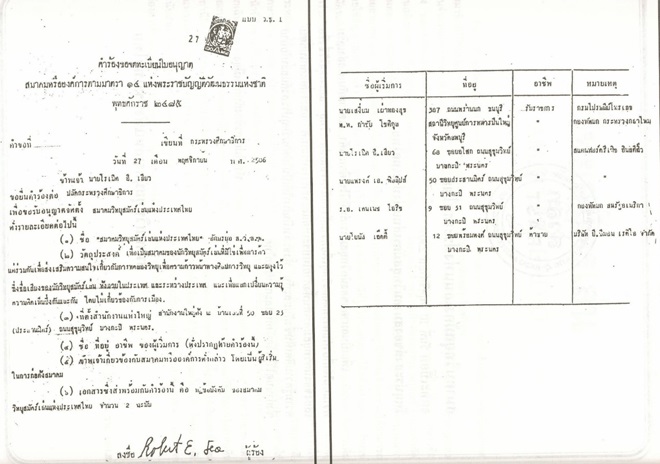 Between 1963 and 1965, Bob was in Thailand as the Director for SRI communication research laboratory and operated under HS1L. In order to push the Thai government to legalise amateur radio, Bob W7LR along with five other co-founders took the first crucial step of registering “The Radio Amateur Society of Thailand” or “RAST” with the Ministry of Education on 27th November 1963. The license was finally granted on 5th August 1964, but their objective of getting amateur radio legally recognised was not achieved until 1987 after two further decades of hard work and lobbying by successive RAST committee members. All in all, amateur radio in HS-land would not be where it is today if not for Bob’s courage and determination back in 1963.

I, E21EIC, was fortunate to meet Bob W7LR at Visalia DX Convention in 2007 in California, and had the honour to work him twice on-the-air: the first time on 6th November 2007 on CW 80m under E21EIC, and the second time on 16th December 2013 on CW 160m under XW0YJY. On behalf of all Thai HAMs, I would like to thank Bob for his contribution towards amateur radio in Thailand. We are all forever in his debt. Bob became silent key on 23rd March 2022 at an amazing age of 101 years old. Rest in peace Uncle Bob.