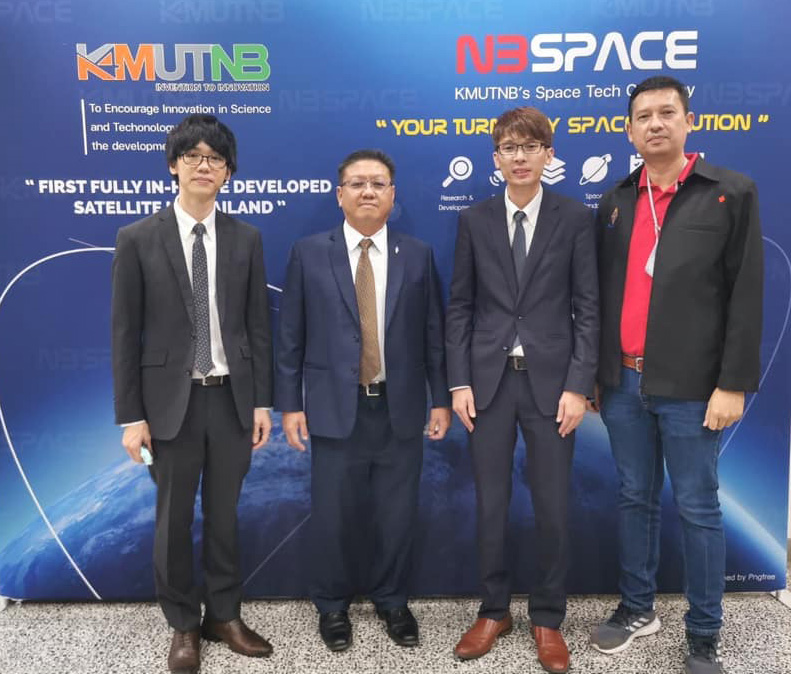 Radio Amateur Society of Thailand under the Royal Patronage of His Majesty the King (RAST) led by RAST’s president Dr. Jakkree Hantongkom, HS1FVL, advisor Pornchai Semjang, HS2JFW, together with the Acting President of King Mongkut’s University of Technology Thonburi (KMUTNB) and the management team, gave a special welcome to Adjunct Professor Dr. Anek Laothamatas, Ministry of Higher Education, Science, Research and Innovation (MHESRI) and his team at International Space Technology Institute for Economic Development (INSTEAD), King Mongkut’s University of Technology Thonburi (KMUTNB). RAST holds an advisory role to INSTEAD regarding satellite and communication. 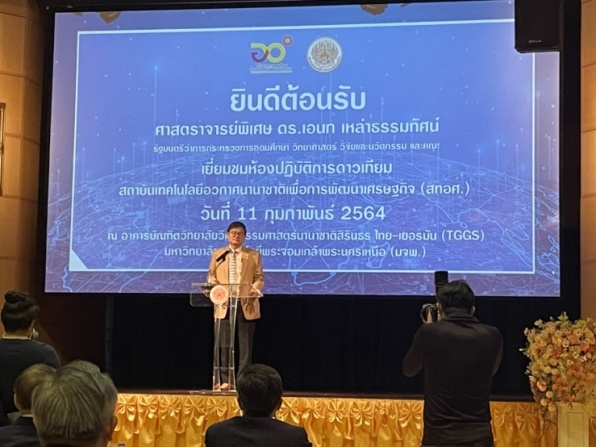 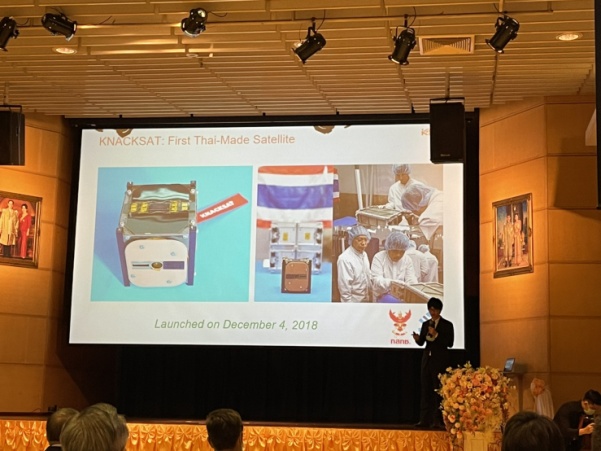 The objective of the visit was to observe the work of INSTEAD’s Satellite Operation Office, Frequency and Microwave Measuring Office for the International Space Development, and the anechoic chamber at The Sirindhorn International Thai-German Graduate School of Engineering (TGGS), whereby the presentation was led by Dr Phongsatorn Saisutjarit, and KNACKSAT team. In this occasion, RAST has the opportunity to present its work on satellite communication together with INSTEAD’s Satellite Operation Office as well. 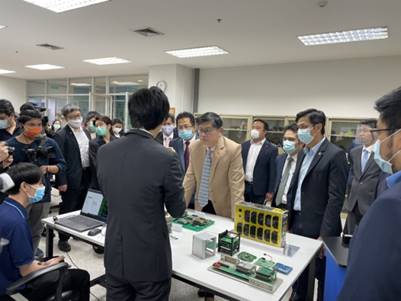 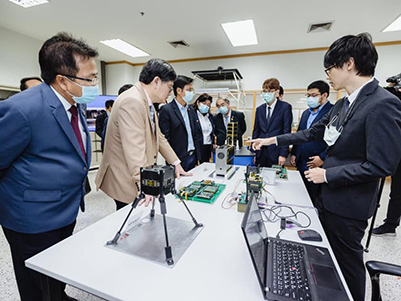 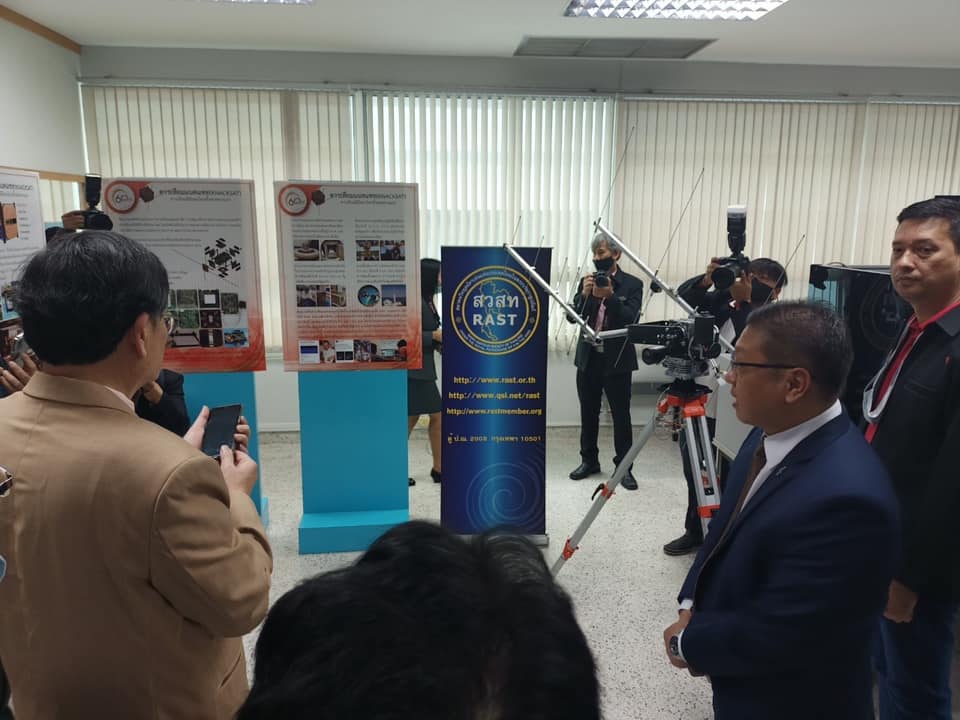 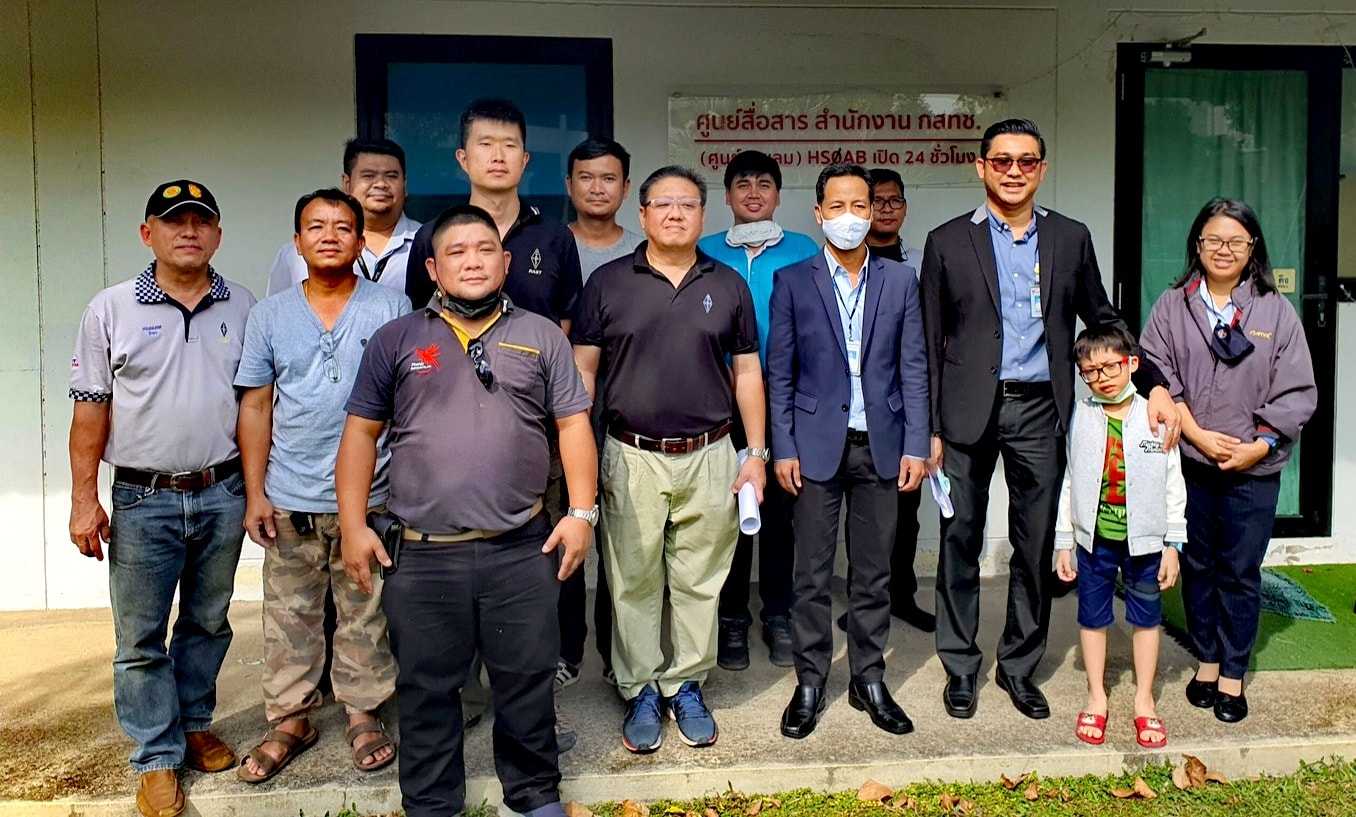 The technician team of Radio Amateur Society of Thailand under the Royal Patronage of His Majesty the King (RAST) led by RAST’s president Dr. Jakkree Hantongkom HS1FVL, Nikorn Deesai HS5NMF, Palakorn Noppaketjaras HS0KRM, Bhudit Jirardhanakun E23NEZ, and others, helped to improve the antenna system and check the telecommunication devices on the HF band of HS0AB, Sailom Station at the National Broadcasting and Telecommunications Commission (NBTC), in Bangkok. The team also perform a routine check on the antennas of the emergency rapid response vehicle so that it is always ready to come into action shall any emergency or natural disaster arises. 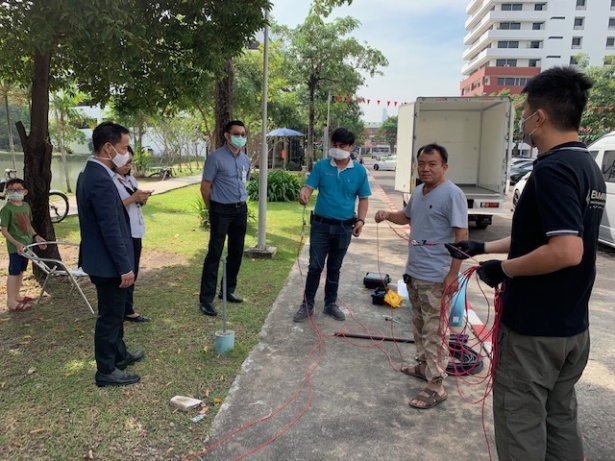 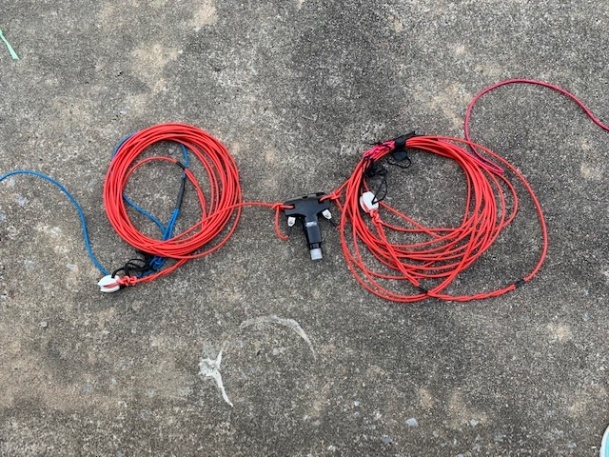 RAST team in the process of making 40m dipole 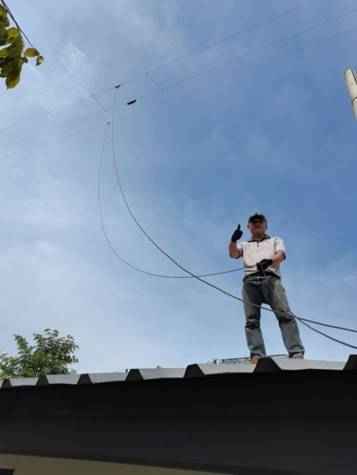 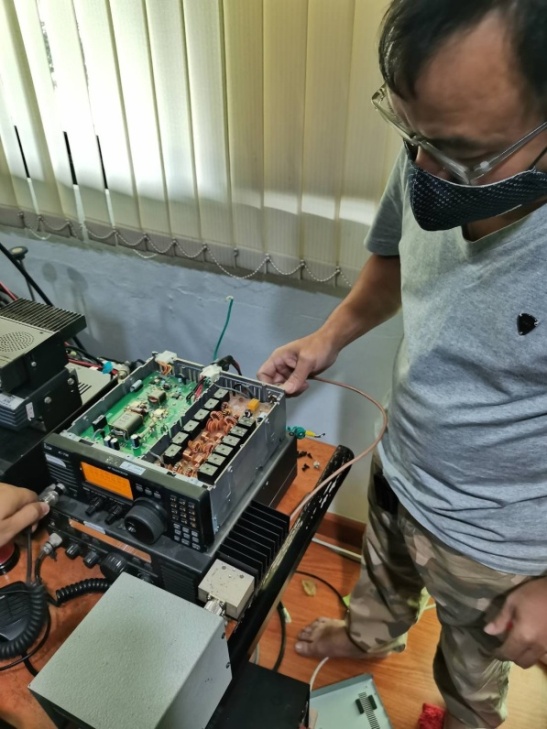 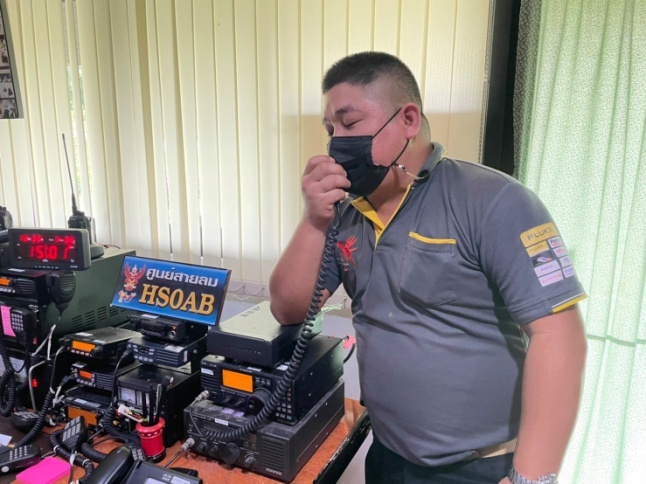 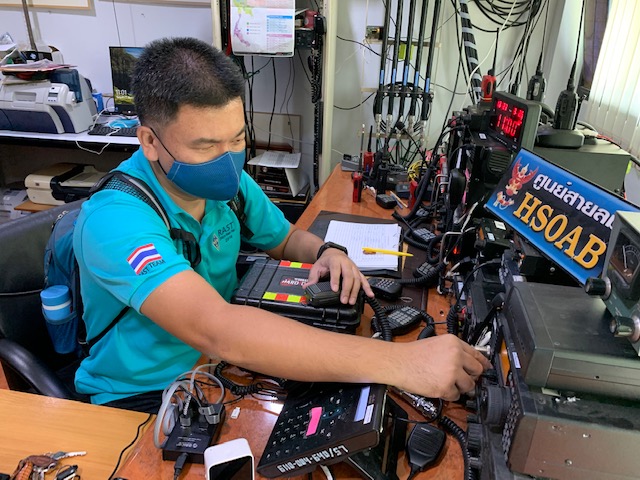 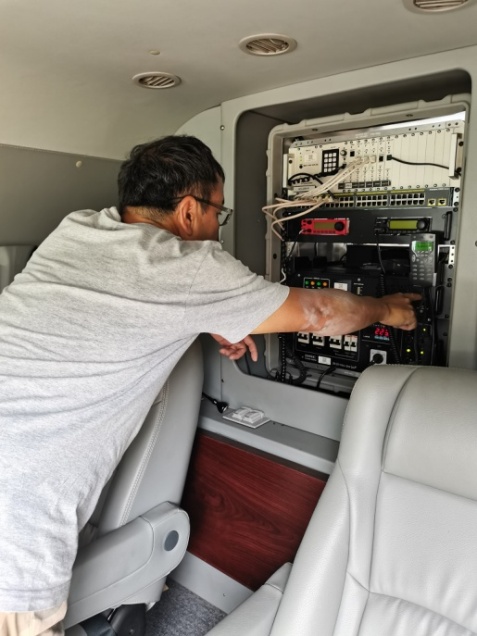 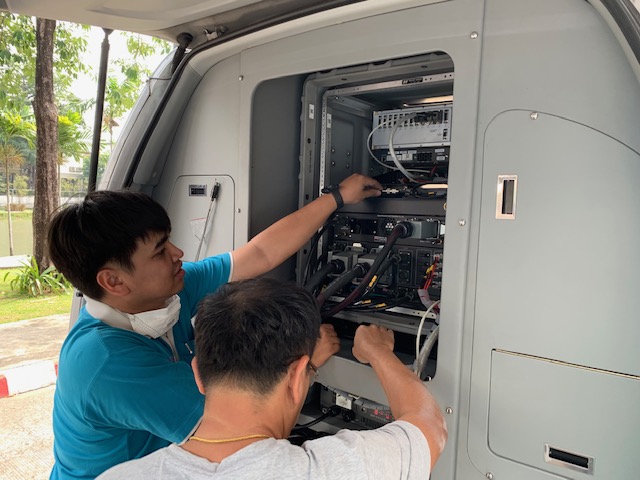 For those who have managed to establish contacts with E2STAYHOME and E2ICOM, all the QSL cards for those hold two special callsigns have been sent out via RAST QSL Bureau already. Hope that everybody will receive them soon. 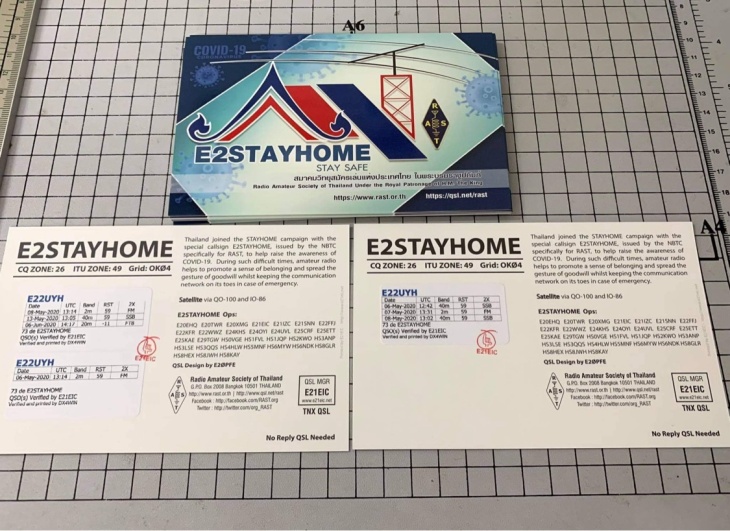 For E2STAYHOME, Thailand had joined the STAYHOME campaign with the special callsign E2STAYHOME, issued by the NBTC specifically for RAST, to help raise the awareness of COVID-19. During such difficult time, amateur radio helps to promote a sense of belonging and spread the gesture of goodwill whilst keeping the communication network on its toes in case of emergency. 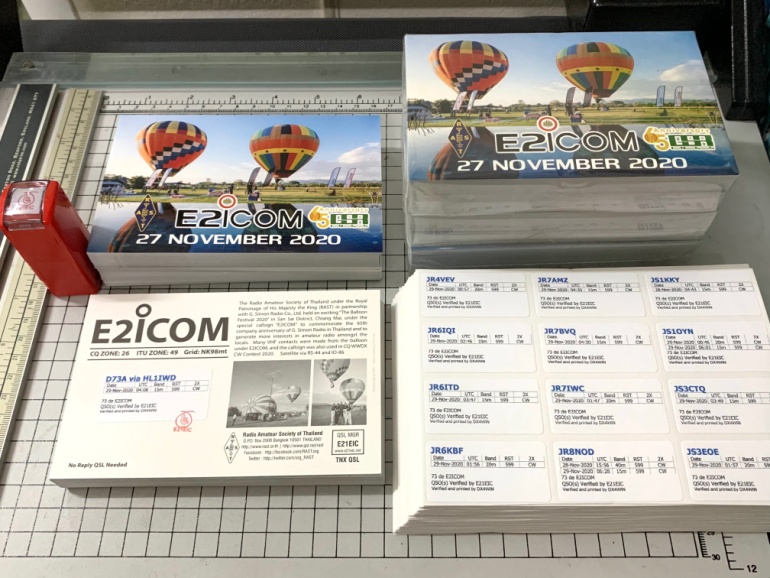 For E2ICOM, the Radio Amateur Society of Thailand under the Royal Patronage of His Majesty the King (RAST) in partnership with G. Simon Radio Co., Ltd., held an exciting “The Balloon Festival 2020” in San Sai District, Chiang Mai, under the special callsign “E2ICOM” to commemorate the 65th company anniversary of G. Simon Radio in Thailand and to generate more interests in amateur radio amongst the locals. Many VHF contacts were made from the balloon under E2ICOM, and the callsign was also used in CQ WW CW Contest 2020.

This is indeed an exciting start to their journey in HAM radio. 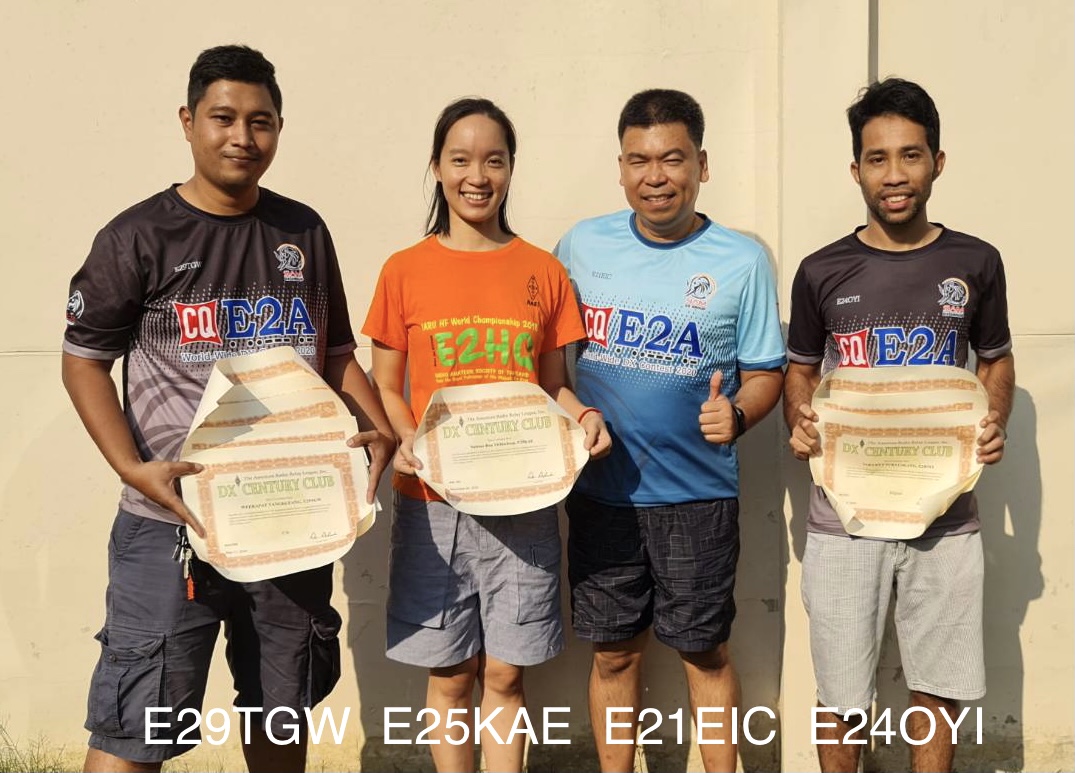