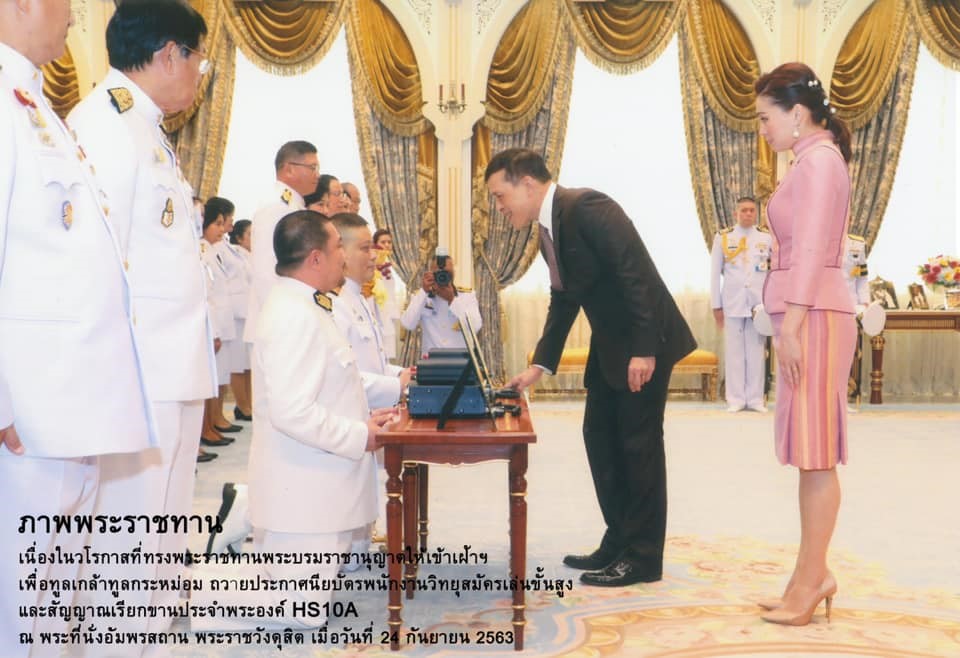 His Majesty the King Maha Vajiralongkorn (Rama X) and Her Majesty the Queen Suthida Bajarasudha Bimollaksanagranted have been the regular audience to Thailand's radio regulator, the National Broadcasting and Telecommunications Commission (NBTC).

On 24th September 2020, Chairman of the NBTC Board, General Sukit Khamasundara, together with President, Dr. Jakkree Hantongkom HS1FVL of the Radio Amateur Society of Thailand (RAST) that is under the Royal Patronage of His Majesty the King, with hornor, to present His Majesty the King with an advanced class amateur radio license along with his personal callsign HS10A. 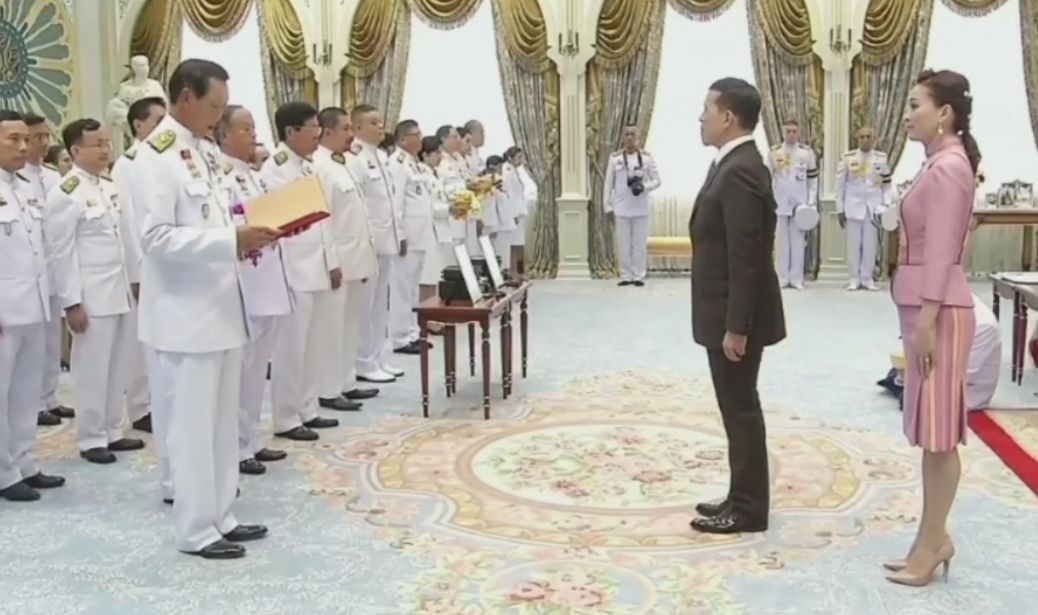 In the ceremony, with contribution of G. Simon Radio Co. Ltd., the official dealer of ICOM in Thailand, RAST also presented to their patron, His Majesty the King, with an ICOM IC-7300 HF transceiver and an IC-9700 VHF/UHF transceiver, along with antennas and other radio devices at the Amphon Sathan Residential Hall, in Dusit Palace. 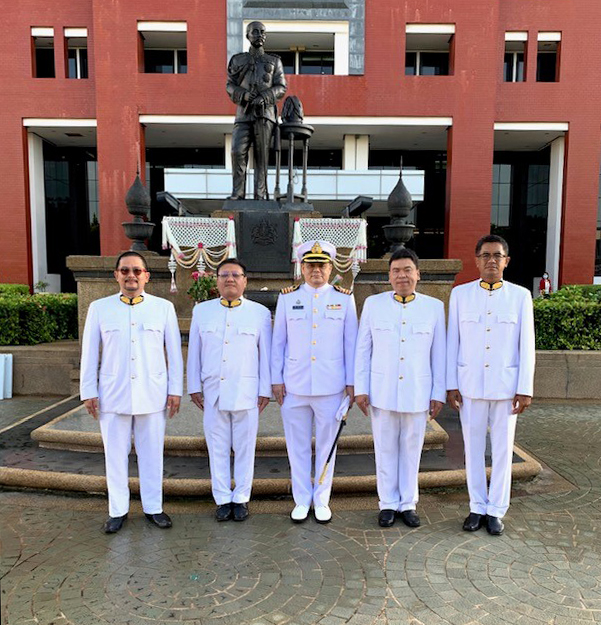 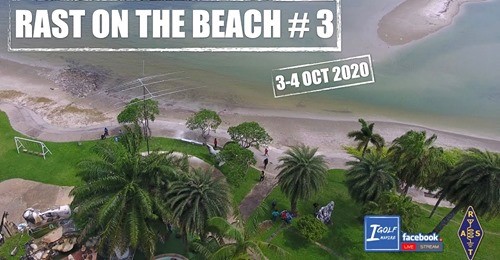 RAST On the Beach #3 (ROB#3) was named as it is the third consecutive year that the event has been organized by the Radio Amateur Society of Thailand (RAST), the association under the Royal Patronage of His Majesty the King. The event was taken placeon 3rd- 4th October 2020 at the Rock Garden Beach Resort in Rayong, Thailand. This event meant to perform both radio communicating demonstrations and practical workshops by experienced RAST members to spread the knowledge and expertise to all participants. The activities includ introductions of various aspects of HF communication such as the modes (SSB, CW, and Digitals), different types of antennas, as well as demonstrating of how to install and complete a fully operational amateur radio station in the field. 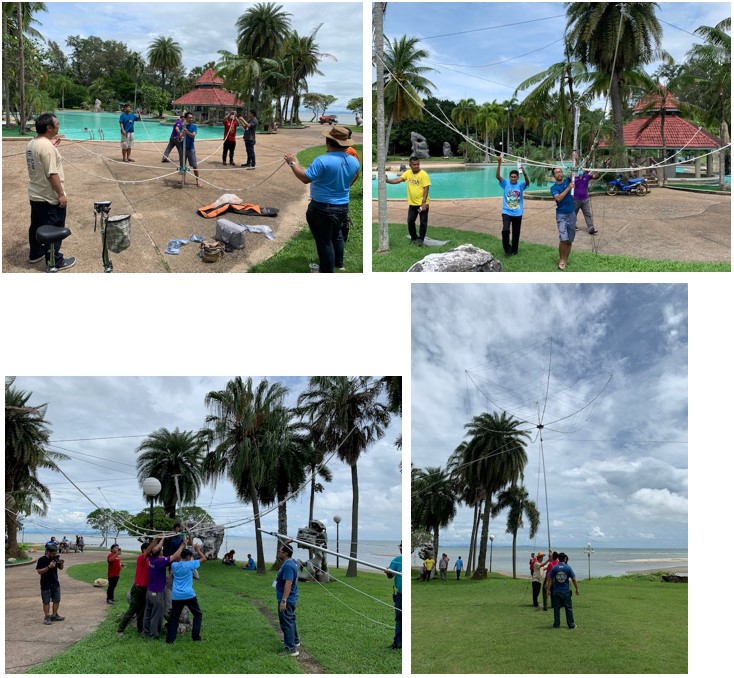 The registration process for ROB#3 commenced on Saturday at 1pm., and there were over 120 HAM enthusiasts from across the country turned up to join the event. The participants were welcomed with various antenna installations near the beach front. There were few simple dipole antennas, a 40m ground plane antenna, and a satellite dish to make QSOs via QO-100 satellite, to multiband Hexbeam antenna (20m-6m) and the Award-Winning Emergency HF/VHF Portable Station equipped with 40m and Tribander directional antennas developed by E23NEZ.

HS0AJ/P activity for communicating via the QO-100 satellite 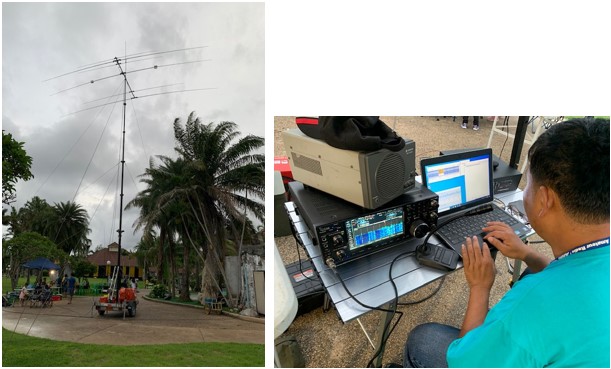 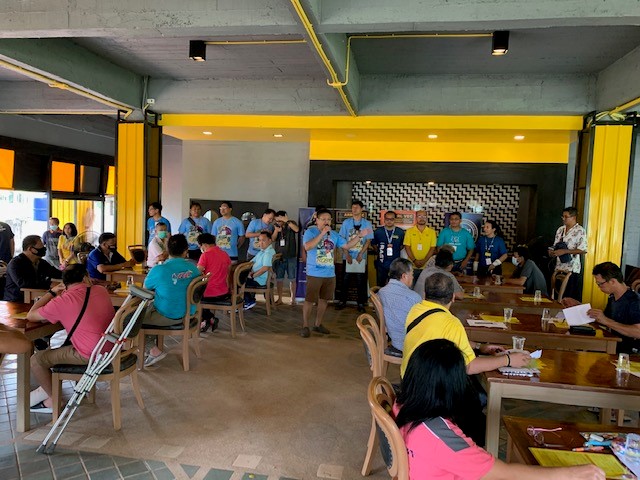 In the same Saturday afternoon, ROB#3 also hosted the 3rd US FCC Amateur Radio VEC Examination of the year in Thailand between 2pm - 5pm. There were 27 candidates in total, 16 of whom passed the examinations that day: 3 Technician Class, 7 General Class, and 6 new Extra Class (1 of whom was a One Day Extra). Many congratulations to all those who have passed!

The event also performed a presentation of the newly released ICOM IC-705, and a portable QRP transceiver that is about to hit the Thai market by G. Simon Radio Co., Ltd., the authorised ICOM dealer in Thailand. 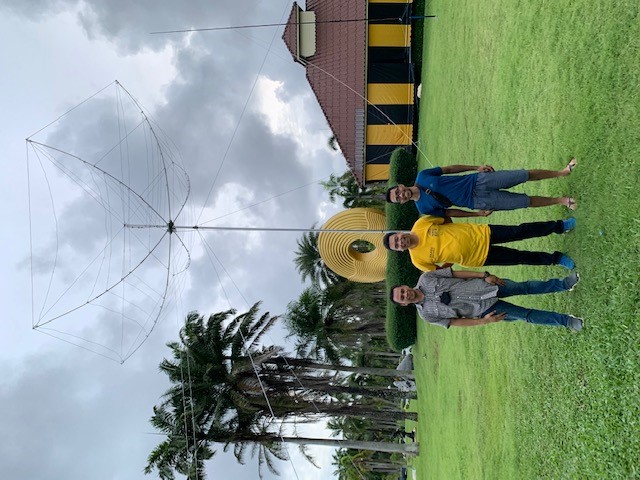 ROB#3 will not be complete without an informal party on the beach front! Ideas were shared and knowledge was exchanged amongst old and new friends. Whilst in the background, one of RAST members was using HS0AC/2 special callsign to participate in the Oceania DX Contest in SSB mode. Overall, it was another successful event by RAST and we cannot wait to welcome everybody back again for ROB#4.