During March and April 2021, Thailand saw the end of its 2nd wave of COVID-19 infection and the beginning of a much larger 3rd wave with the number of new cases climbing to over 2,000 per day. Everything has gone back to partial lockdowns and the usual monthly meetings organised by the Radio Amateur Society of Thailand under the Royal Patronage of His Majesty the King (RAST) had to be postponed once again. Despite the cancellation of many planned activities that involved social gatherings, RAST continued to engage its members through a new project called “RAST Talks”. 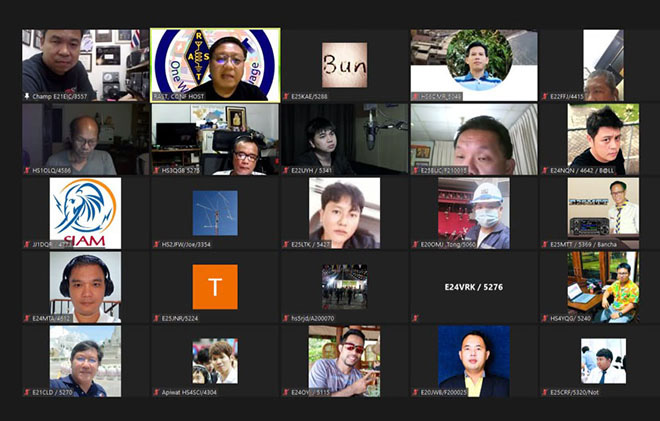 RAST Talks invites speakers who are experts in their chosen fields, to give a presentation and share their knowledge and know-how to RAST members on a wide range of topics related to HAM radios. The sessions are held almost every week on Monday or Tuesday from 20:00-22:00 via Zoom, and are regularly announced through social media on Facebook and the official RAST Line account. The events are for RAST members only, free-of-charge, and pre-registration for each round is recommended as Zoom can only host a maximum of 100 people per session. Some sessions that have taken places are detailed listed below:

The answers given by the experts during Q&As were always full of insights, demonstrating the amount of knowledge that have been accumulated over the years through learning and experience. Attendees at each session can reach over 70 members and RAST have received lots of positive feedback in particularly about how beneficials RAST Talks have been. During the Talks, polls were taken to see what other topics RAST members are interested in learning more about. And there were many replies! 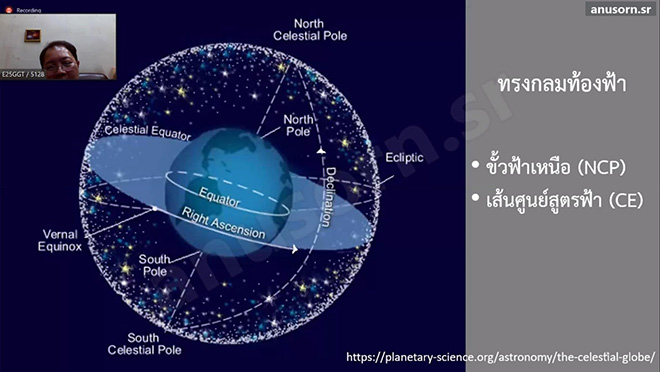 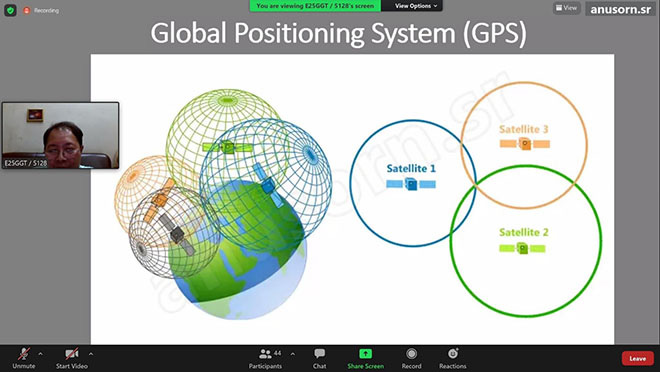 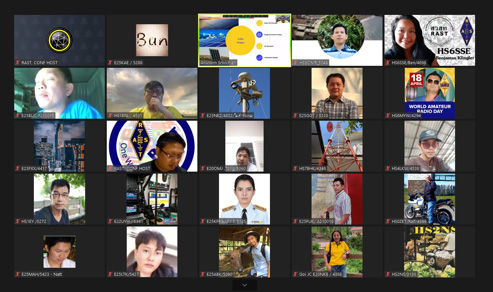 RAST CW Challenge that are being held every weekend are currently underway. Each month, the competition is arranged for a specific class, splitting into Novice, Slow Hand and Open Class, and the winners are announced at the end of each month. Whoever holds the highest score for the correct copying of 40 random callsigns after 4-round wins, the monthly prize, which is a Begali CW Paddle Key, sponsored by E23FXX. So far, the results are as follows:

This RAST CW Challenge will run until February 2022 and it is open to all RAST members free-of-charge. The only thing required is a good internet connection as the competition is held over Zoom and you definitely will not want to miss any dot or dash! The prizes need to be collected in-person at any subsequent RAST monthly meetings after the end of each round, unless other special arrangements have been granted. However, please note that because of the current COVID-19 situation, RAST monthly meetings have been temporarily postponed so the prize giving have to be slightly delayed in an understandable circumstance. We look forward to seeing more RAST members in the next CW Challenge - whether you are a Rookie or a Pro, everybody can take a shot at winning a prize, so all are welcomed!